Betty White has revealed quite an interesting hobby ― the opposite sex. The 94-year-old sat down on Thanksgiving with Al Roker on the “Today” show to talk about everything from fame and success to relationships and her current love life.

We beg to differ, Betty.

While we loved her best as the naive Rose Nylund on “The Golden Girls,” the nonagenarian revealed she’s actually more like the character she played on “The Mary Tyler Moore Show.”

Why? “She likes men,” White said of her character, Sue Ann Nivens. “So does Betty... it’s kind of a hobby of mine.”

White was married for 18 years to Allen Ludden until he died in 1981. White never remarried, saying “When you’ve had the best, who needs the rest?”

Though, she has joked that Robert Redford might be the exception.

As for her advancing age, White ― who turns 95 on Jan. 17 ― was adamant that she has no plans to retire or to slow down anytime soon. Plus, she shared her personal fountain of youth.

“My work with animals,” she said. “Everybody should have or cultivate a passion. Don’t be afraid to really get hooked on something, because that will refurbish your energy.” 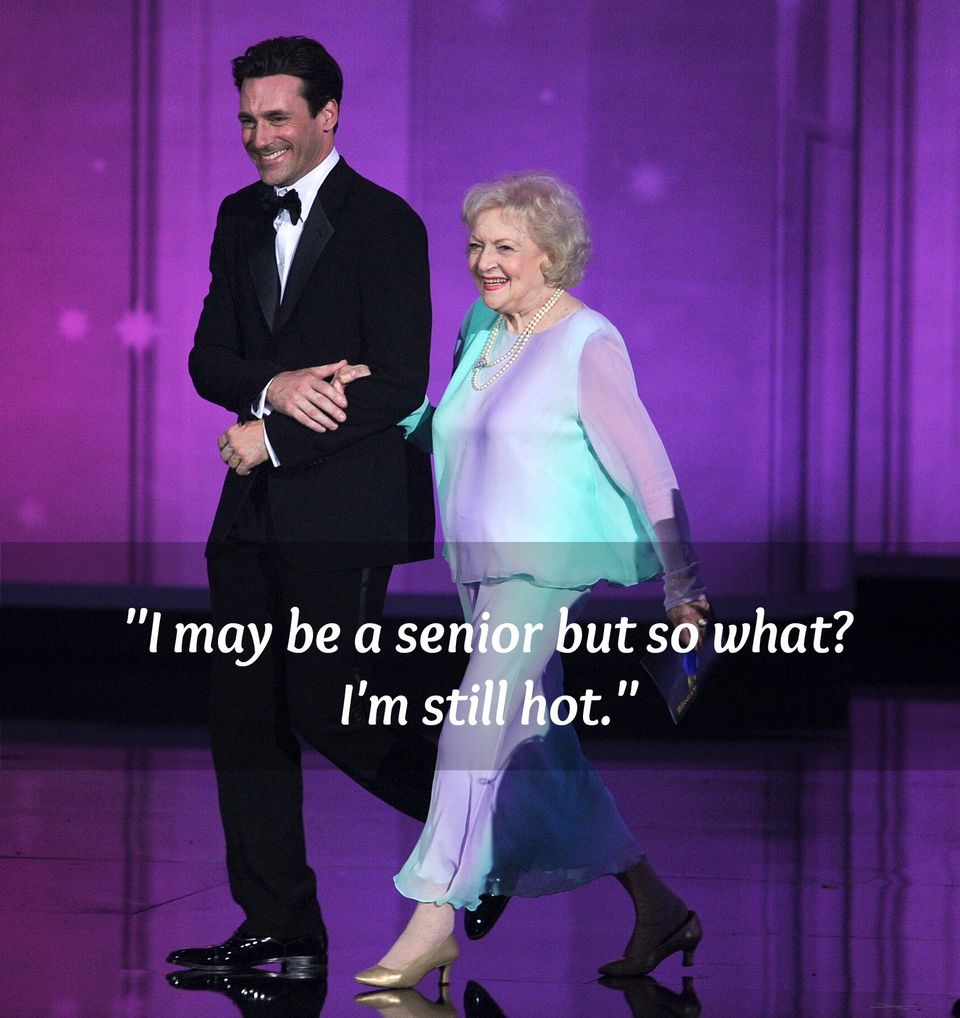