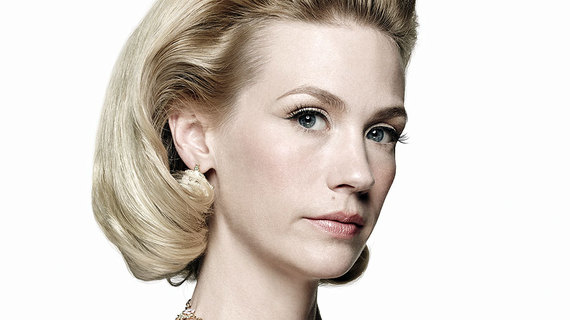 (Spoiler Alert: Do not read on unless you have watched season seven, episode 13 of Mad Men.)

I couldn't help but think about feminism when I learned of Betty Francis's impending death during the next to last episode of Mad Men. The cultural context of the 1960s, and now the 1970s, has always been prominent in the period show. And we have seen inklings of feminism with Peggy Olson and Joan Holloway. However, in many ways Betty epitomized the deep regret and ambivalence that birthed feminism. Her death only harkens the avalanche of feminism that took place in the 1970s.

In 1963, Betty Friedan's The Feminine Mystique clearly described the emptiness that housewives like Betty felt during that era. Every effort of Betty's to achieve autonomy and retain her sense of self-worth independent of a marriage was thwarted throughout the show. Despite the background of feminism percolating in the 1960s, it was clear that she would never really benefit from its progress.

Now that Betty's story is literally ending, we see her going back to school -- but it is no coincidence that her efforts for self-fulfillment are going to be cut short. Her only hope for a life lived to the fullest is through her daughter, Sally. Rather than coddling her in a letter she gives to Sally, she encourages her daughter to show strength after her death and live a life filled with adventure.

Like so many women during the 1960s who didn't ride the second wave of feminism, Betty's wish for her daughter reflects the hope for future generations of women to flourish. As viewers, it is bittersweet -- but realistic -- that Betty will never fully experience it herself.

For me, the most poignant moment involving Betty during this episode was her climbing the stairs slowly, out of breath, on her way to her college class despite her lung cancer diagnosis. I don't know if she will finish this course or if her failing health or eventually death will prevent it. I was moved by the glimmer of pride she displays in this scene, a feeling she never really demonstrated at any other time during the series. A feeling of pride that hints at the birth of feminism.

Overall, Mad Men is a story of men, only punctuated by the story arcs of a few women. The small slivers of the internal world of Betty reflects this. Certainly the topic of feminism was never addressed head on like that of racism.

Yes, Peggy and Joan achieve a level of success that feminism intended. But it was never because of consciousness raising or a deeper realization about the collective sexism women are subjected to -- although Joan considers this path for a moment when she threatens to expose the working conditions at McCann Erickson.

That's why I say that Betty's death ushers in feminism; and the real story of feminism will occur off-screen, far, far away from the world of Mad Men. Feminism will be a political force is in the near future of the Mad Men world, looming like Betty's end.

We won't see the influx of women in the workplace -- beyond the ever-present secretaries -- or the effects of Roe vs. Wade in the advancement of women's reproductive rights. Mad Men always hinted at these future consequences of feminism with moments of free love and certain women seeking career advancement. But feminism will only fully occur off camera, like I anticipate Betty's death will as well.

I'm not sure if the slight brush with feminism in Mad Men is a failure in the show to fully represent the 1960s, or simply reflects how the movement only existed in the periphery for this echelon of characters. But, despite how sad Betty's impending death is, her ending represents the hope that the true birth of feminism will give to millions of women. 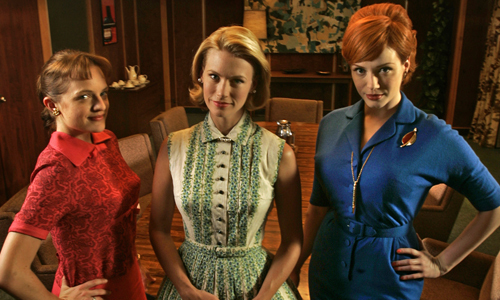 Melissa Miles McCarter has written extensively on feminism and popular culture. Her forthcoming book is "Envisioning A Postfeminist Composition Studies." You can connect with her on Facebook or Twitter.