What is Bettyville? It's a place where "people pray for angels, where the Second Coming would be much preferred to tomorrow's sunrise." Once a thriving depiction of Americana, it is now "the world of the Dollar Store, the Big Cup, the carbohydrate, and the cinnamon roll." It's actually in Paris... Missouri, that is, and it is where author George Hodgman returns home to celebrate his mother Betty's 91st birthday, and finds himself staying on to take care of her as she approaches a great decline.

Bettyville is the external world that George encounters during the days, weeks and months of his initial lame attempts at trying to assist a woman who would rather die than ask for help. It is also the internal world of Betty -- what her son intuits she is thinking and feeling, and his observations of what was once a woman of style and sass -- who is "one of the last truly fashionable women of Monroe County, even now." 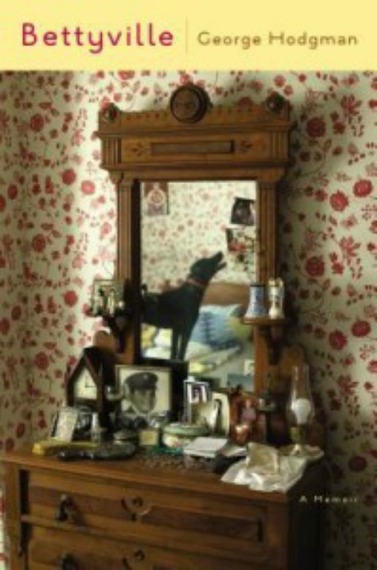 This memoir, written by a son whose love for his mother is so pure and ferocious, is at most times heartwarming, but sometimes heartbreaking. They are, to put it mildly, the odd couple -- a middle-aged, gay man with secrets and demons of his own, with a past penchant for pharmaceuticals and a current penchant for doughnuts, living with an elderly woman who hardly wears her heart on her sleeve. Always partners in crime, their mission now is quite different from years past, and it becomes obvious early on that in spite of all the years of closeness and devotion, the elephant in the room, George's homosexuality, is a subject never discussed.

We get to know George by his sharp wit ("I don't want to be the Joan Crawford of elder care.") and fast comebacks, and indeed, by his honest admissions of pain ("My skin is sometimes the most uncomfortable garment of all"). These periods of doubt and isolation prompted me to wonder whether he was running away from himself almost as much as running to help his mother.

This is a story that will draw you in and keep you there. Whether you grew up in New York City or Iowa, you cannot help but see commonalities in this mother-son relationship. At its core, Bettyville is about elder care, but it is just as much about family and all the infuriating, frustrating and wonderful warmth that goes with it. I first learned of the book from an interview that George Hodgman did on PBS, and as I read it on my own, I could hear his voice reading it to me.

Hodgman has written a sincere love letter from George to Betty, and by the end of the book, I loved Betty too.

I received a copy of this book from the publisher, but this review, as are all my reviews, was honestly written. This review originally appeared in Betterafter50.com