At the Grolier Club, a panel discussed the relevance of fine printing in the age of digital technology. The location, a stronghold of the publishing industry, pretty much guaranteed that the presenters would come down heavily on the side of books versus Kindles. Nevertheless, there was a surprising mix of viewpoints and sentiments about today's world of fine printing. The panelists presented the book as object, as a component of technology and as a part of the current mixing of books and the web in the contemporary publishing world. 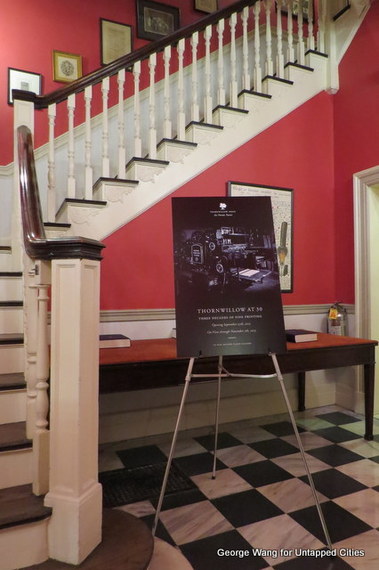 The panel was assembled by Luke Pontifell, founder and president of Thornwillow Press, a fine printing and publishing house celebrating its 30th anniversary. Upstairs at the Grolier Club was an exhibition of Thornwillow's thirty years of fine printing. Downstairs, it was all business as Pontifell drew his panelists from multiple facets of New York's publishing world.

Adam Gopnik, essayist and staff writer for The New Yorker, also mixed up technology. Gopnik cited Alexander Graham Bell, inventor of the telephone, a technological advance that replaced the handwritten letter in the nineteenth century. Imagine, Gopnik suggested, if Bell's technological quest had resulted in digital communication instead of voice. Wires strung across America's expanding midwest territories would have buzzed with communications as flat as the prairielands themselves.

Harold Holzer, a leading authority on Abraham Lincoln and the political culture of America's Civil War era, brought the discussion from technology straight to the White House, giving it a sort of presidential imprimatur. Holzer chose to discuss the book as object and cultural icon. 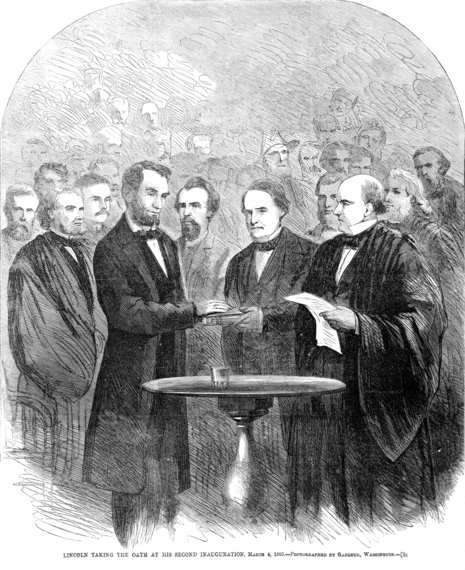 President Obama took the oath of office, Mr. Holzer reminded us, on the Lincoln Bible. That Bible, he revealed, was hurriedly taken from the Supreme Court for Lincoln's inauguration when no family Bible was presented for the occasion.

A quick sprint to the Supreme Court brought the Bible used for the opening prayer at daily court sessions, to Lincoln's swearing-in ceremony. This was the same Bible that had seen service on the day that a decision in the Dred Scott case was issued in the Supreme Court in 1857. The court had held that Dred Scott, a slave who had spent time in the free states of Wisconsin and Mr. Obama's state of Illinois, was the property of his owner and could not be taken from him without due process of law. The decision severely undermined the platform of the newly-created Republican Party.

The Lincoln Bible, Holzer suggested, was more than a book printed on paper, no matter how fine. It was an object that carried the patina of our nation's struggles and triumphs. Michelle Obama, a descendant of slaves, held that Bible at President Obama's swearing-in ceremony.

In a link with fine printing, it was noted that at the Obama White House, Thornwillow Publisher's fine printed books have been used as diplomatic gifts. The implication was that we're not living in an era when an email, IM or FB message carries the same weight as the printed word.

While views and experiences of the printed word varied, all of the panelists lamented the loss of marginalia that accompanies the use of digital technology by contemporary writers. Shakespeare's "foul papers" with their corrections and rewrites are gone forever. Revisions, cuts and edits that can be gleaned and analyzed from authors' paper copies are irretrievably lost. This, the panelists all agreed, will be a loss for future generations no matter what advances in technology are welcomed by the writer.

Thornwillow Press founder and president, Luke Pontifell, looked elated as he applauded the case for fine printing in the digital age established by the panel that evening at the Grolier Club. "The written word and the reader will continue to evolve together," he stated. "I'm looking forward to another thirty years of fine printing," 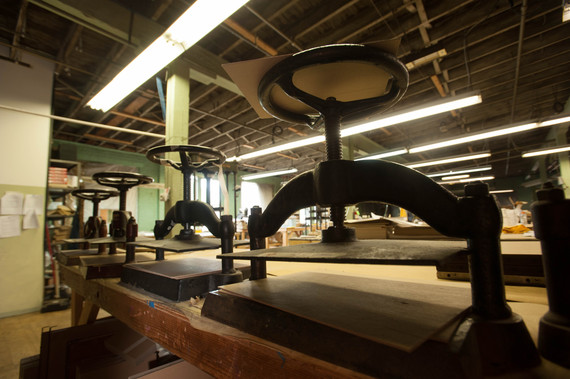