Defense lawyers in an evolving Brownsville rape case are now claiming that there's video that clears five young men of allegedly gang raping a young woman in a dark playground last week. The case has gripped the city's attention and there's a lot at stake in how it turns out.

The case has reminded some of the infamous 1989 Central Park 5 case, where young men were wrongfully convicted of brutally raping a jogger in Manhattan's Central Park. If you haven't seen Ken Burns' documentary or followed the story of how the young men fought for their freedom and ultimately sued the city, you really should. The story was in the headlines again recently when a teacher was allegedly fired for teaching her class about the case.

That case and story taught us all a lot about how the media and the criminal justice system can so willingly destroy the lives of young boys of color. Complicit in throwing those five boys under the bus was almost every major news outlet at the time, the mayor, the police department, prosecutors, a sizable portion of New York City and the current frontrunner for the Republican presidential nomination. 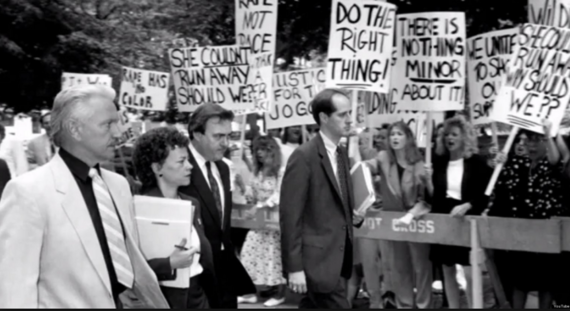 The Brownsville rape case doesn't appear to be another Central Park 5 in a couple of important ways. First off, it appears that at least three of the boys in the Brownsville case are admitting that they were there in the park having, according to them, consensual sex with the young woman. This isn't, therefore, a case of getting the wrong guys, it's one where a murky set of questions can change not only the tone of the conversation but also the the legal ramifications the young men might face.

Lest we forget, what has happened to the woman at the center of all of this is still a tragedy. Although there is the growing possibility that the initial narrative of a gang rape at gunpoint -- perhaps one of the most reprehensible scenarios possible -- may not be true, this young woman's body was used for cheap thrills. Nothing good happened in that playground. The video that defense lawyers claim exonerates the the young men isn't all that convincing one way or another other. Reports that the woman may have been drunk raises doubts that consent was even possible. Questions about the young woman's father (from doubts about whether he is biologically related to her, to claims that he also had sex with the woman) complicate the story even further.

The other important difference that sets it apart from the Central Park 5 case is the marked difference between 1989 and 2016. For starters, social media has changed how we see and process cases like these. People want information immediately and they jump on every development in real time. A side scandal in this story has been about how long it took the police department to let the public know about the rape. The incident happened late Thursday night, not long after police commissioner Bill Bratton lectured the city's women to use a 'buddy system' to avoid rape -- but the story didn't really get out until Sunday. Brooklyn politicians pressured city hall to admit that the NYPD erred in not publicizing information about the rape sooner.

But it appears the early reports are not holding up. No gun has been found as of yet. The father has become elusive about his account of events. There were marches and press conferences by religious leaders and Brooklyn politicians railing not only against the rape but against violence in general. So while the Central Park 5 case was a racially charged tragedy fueled by fears of marauding Black and Latino boys, the Brownsville rape case saw segments of the black community itself demanding instant answers, overcome with its own outrage. We were headed back to the bad old high-crime days of 1989 and the '80s, as some people described it. 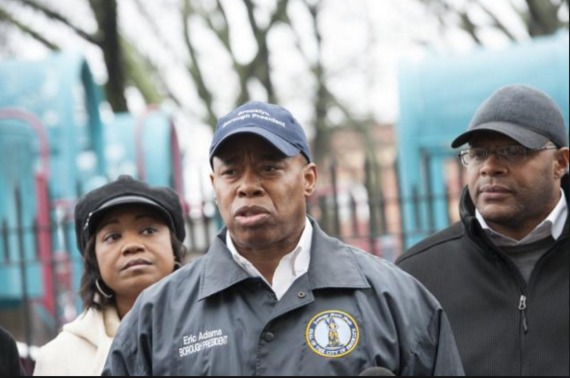 Shannon Jones, co-founder of police accountability watchdog group Why Accountability, was born and raised in Brooklyn. She's critical of some of the early reactions to the Brownsville case by local leaders.

"As a Black woman, I understand the need for sexual assault victims to be believed and supported... I also understand simultaneously there is a system of mass incarceration in this city and nationwide actively engaged in slapping the cuffs on our sons, brothers, fathers and uncles, guilty or not, reasonable or not. What concerns me in this specific case is Black leadership, elected or self appointed, do not address these complexities intelligently in the public forum they hold, preferring to further demonize and caricature our neighborhood and our people by resorting to the same vitriol we denounce from others."

So now the media is walking back the story a bit but there are uneasy conversations to be had about this case and our reactions to it. Social media, as I've seen in debates about Bill Cosby and David Bowie's questionable pasts with young women, both facilitates and complicates these. Are we getting a less centralized influx of information that allows for more skepticism and critical analysis of the news and criminal justice system? Yes. But has a well-deserved skepticism towards cops, prosecutors and official accounts become insensitive to real concerns about how rape culture is still being dismissed and therefore tolerated?

I'm a straight man. I've never had to grapple with all that comes with rape and sexual violence. I'm supremely disqualified to comment on or even imagine rape other than to agree that it's reprehensible. Some of the worst defenses of Cosby and Bowie (almost entirely produced by men) showcased a willingness among men to deflect rape. For these reasons I'm cautious to toss aside the Brownsville rape allegations as lies or distortions. Certainly we should all have open and critical minds about what may have happened. There have of course been documented cases even outside of the Central Park 5 of men wrongfully convicted of rape but there is also an undeniable body of evidence that society still underestimates rape.

This case in Brooklyn may be more complicated. It may not lend itself to a story of either a wrongful accusation of black boys nor a horrific gunpoint rape. Is it possible to be wary of cops and prosecutors while also acknowledging this young woman was most likely still violated and taken advantage of? I think so. In the meantime it's probably best to wait until more reliable information is made available. This goes double for men. While we must fight tooth and nail to ensure young boys and men of color can no longer be railroaded in a post-Central Park 5 world, we also can't alienate our young girls and women of color along the way. In fact in my experience it's been young women of color who are proving to be the most relentless fighters against mass incarceration and a racist criminal justice system.