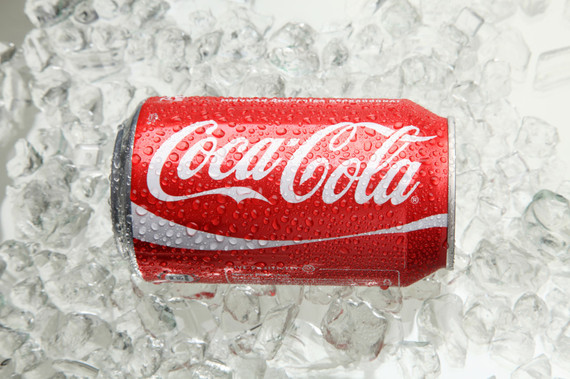 It's been a rough year for Big Soda, sellers of those sugary soft drinks that kids (and adults) love to chug.

A June 16 decision by city leaders in Philadelphia to impose a "soda tax" as a means to discourage consumption of beverages seen as unhealthy is only the latest in a string of bad news for companies like Coca-Cola and PepsiCo, which have seen soft drink sales steadily declining. Nervous investors drove shares in those companies lower after the Philadelphia move in recognition of what is but the latest evidence that consumers, lawmakers and health experts are connecting sweetened beverages to a range of health problems, including obesity and type 2 diabetes.

Last year San Francisco passed a law requiring ads for sugary drinks to include warnings about the possible negative health effects associated with the products.

It's no surprise that the beverage industry, which reaps billions of dollars annually from soft drink sales, has been fearing - and fighting against - this shifting sentiment.

But what is surprising is one of the places where the beverage industry has sought, and apparently garnered, some help --- from a top official with the Centers for Disease Control and Prevention, whose mission in part is to prevent obesity, diabetes, and other health problems.

Email communications obtained by U.S. Right to Know through state Freedom of Information requests detail how a leading beverage and food industry advocate last year was able to ask for and input and guidance from Dr. Barbara Bowman, director of CDC's Division for Heart Disease and Stroke Prevention, on how to address World Health Organization actions that were hurting the beverage industry.

Bowman leads a CDC division charged with providing "public health leadership" and works with states to promote research and grants to prevent and manage risk factors that include obesity, diabetes, heart disease and stroke.

But the emails between Bowman and Alex Malaspina, a former Coca-Cola scientific and regulatory affairs leader and founder of the industry-funded International Life Sciences Institute (ILSI), show that Bowman also appeared happy to help the beverage industry cultivate political sway with the World Health Organization.

Emails from 2015 detail how Malaspina, representing the interests of Coca-Cola and the food industry, reached out to Bowman to complain that the World Health Organization was giving a cold shoulder to the chemical and food industry-funded group known as ILSI, which Malaspina founded in 1978. The email strings include reports of concerns about Coca-Cola's new Coca-Cola Life, sweetened with stevia, and criticisms that it still contained more sugar than daily limit recommended by WHO.

The emails include reference to the WHO's call for more regulation on sugary soft drinks, saying they were contributing to rising obesity rates among children, and complain about Chan's comments.

"Any ideas how we can have a conversation with WHO?" Malaspina writes in a June 26, 2015 email to Bowman. He forwards her an email string that includes top executives from Coca-Cola and ILSI and expresses worry about negative reports about products with high sugar content, and sugary soda tax plans in Europe. In the email string, Malaspina says the WHO actions can have "significant negative consequences on a global basis."

"The threat to our business is serious," Malaspina writes in the email chain he sends to Bowman. On the email chain are Coca-Cola Chief Public Affairs and Communications Officer Clyde Tuggle as well as Coca-Cola's Chief Technical Officer Ed Hays.

Directly he tells Bowman that officials at WHO "do not want to work with industry. And says: "Something must be done."

Bowman replies that someone with Gates or "Bloomberg people" may have close connections that could open a door at WHO. She also suggests he try someone at PEPFAR program, a U.S. government-backed program that makes HIV/AIDS drugs available through the sub-Saharan Africa. She tells him that "WHO is key to the network." She writes that she "will be in touch about getting together."

In a subsequent June 27, 2015 email, Malaspina thanks her for the "very good leads" and says "we would want WHO to start working with ILSI again... and for WHO to not only consider sugary foods as the only cause of obesity but to consider also the life style changes that have been occurring throughout the Universe." He then suggests he and Bowman meet for dinner soon.

The fact that a high-level U.S. health official is communicating in this way with a beverage industry leader appears improper, according to Marion Nestle, author of the book "Soda Politics" and a professor of nutrition, food studies, and public health at New York University.

"These emails suggest that ILSI, Coca-Cola, and researchers funded by Coca-Cola have an 'in' with a prominent CDC official," Nestle said. "The official appears to be interested in helping these groups organize opposition to "eat less sugar" and "disclose industry funding" recommendations. The invitation to dinner suggests a cozy relationship... This appearance of conflict of interest is precisely why policies for engagement with industry are needed for federal officials."

But CDC spokeswoman Kathy Harben said the emails do not necessarily represent a conflict or problem.

"It is not unusual for CDC to be in touch with people on all sides of an issue." Harben said.

Robert Lustig, Professor of Pediatrics in the Division of Endocrinology at the University of California, San Francisco, said ILSI is a known "front group for the food industry." Lustig said he finds it "interesting" that the CDC has yet to take a stance on limiting sugar consumption, despite the WHO concerns about links to disease. Lustig directs UCSF's WATCH program (Weight Assessment for Teen and Child Health), and is co-founder of the non-profit Institute for Responsible Nutrition.

Neither Bowman nor Malaspina responded to requests for comment.

In a February 2015 email from Bowman to Malaspina she shared an email she had received from a USDA official with the subject line "FOR YOUR REVIEW: Draft Principles from Dec 8 Public Private Partnerships Meeting." The email from David Klurfeld, national program leader for human nutrition at the USDA's Agricultural Research Service, quoted an article from the BMJ medical journal stressing a need for public/private partnerships, and included a quote about a "strong tide of sanctimony in British public health." Bowman tells Malaspina: "This may be of interest. Check out the BMJ correspondence especially."

In a March 18, 2015 email from Bowman to Malaspina she forwarded an email regarding the new policy brief to curb global sugar consumption she received from the World Cancer Research Fund International. Malaspina then shared the communications with Coca-Cola officials and others.

In a separate March 2015 email, Bowman sent Malaspina some CDC summaries of reports and says she would appreciate his "thoughts and comments."

Bowman, who holds a PhD in human nutrition and nutritional biology, has worked at the CDC since 1992, and has held several senior leadership positions there. She was appointed director of the Division for Heart Disease and Stroke Prevention in the National Center for Chronic Disease Prevention and Health Promotion at CDC in February 2013.

Malaspina has also had a long career in his field of expertise. The veteran Coca-Cola executive founded ILSI in 1978 with help from Coca-Cola, Pepsi and other food industry players and ran it until 1991. ILSI has had a long and checkered relationship with the World Health Organization, working at one time closely with its Food and Agricultural Organization (FAO) and with WHO's International Agency for Research on Cancer and the International Programme on Chemical Safety.