A teenage girl from Georgia disappeared Monday after arranging a meeting with a boy she met on Instagram.

UPDATE: Beverly Knepper has been located and is safe. Officer John Chafee of the Atlanta Police Department said "no additional details [are] available."

According to City of Atlanta Police Department spokeswoman Kim Jones, Beverly Knepper, 14, was last seen at about 2 p.m. Monday, sitting on the steps outside her home.

Prior to her disappearance, the teen had an argument with her parents about seeing a 14-year-old boy named Jahlil. Authorities said the girl met the teen on Instagram, an online photo-sharing, video-sharing and social networking service.

Investigators contacted Jahlil after Knepper was reported missing. He acknowledged he was supposed to meet Knepper at Piedmont Park at about 4 p.m. Monday, but said he was unable to meet her there, police said.

Jones said Knepper has been diagnosed with ADHD and PTSD, but is "currently not taking any medication."

Knepper is described as a Hispanic female, 5 feet 2 inches tall and 112 pounds. She has black hair and brown eyes. She was last seen wearing yellow shorts, a white shirt, brown socks and white shoes.

Anyone with information about the whereabouts of Knepper is asked to contact the Atlanta Police Department's Youth Unit at 404-546-4260. 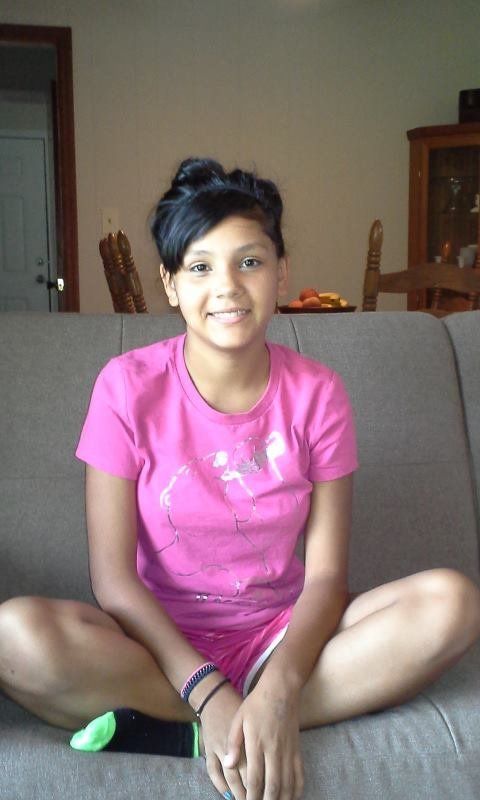