People magazine reports that a very pregnant Beyonce and hubby Jay-Z were spotted on New Year's Eve at a Brooklyn restaurant chowing down on fried chicken and oysters.

With two of the most famous people in the world reproducing, it's hard not to get caught up in the hype. We definitely haven't been able to resist.

Beyond speculation of her checking into New York's St. Luke's-Roosevelt Hospital a half a dozen times over the past week, on December 30 the internet went wild over reports that she gave birth to a baby girl and that the superstar couple named her Tiana May Carter.

And one Twitter account even accompanied their "Breakiing (sic) News" with a mocked-up (and quite scary) picture of the newborn. Yet another example of how outrageous this baby watching event has become.

All of this run around makes us believe that the video of her referring to her 6-month baby bump back in September was a slick tactic to throw the media and fans off the due date trail. If so, mission accomplished.

But what we can definitely confirm is that Beyonce has remained cool, calm, collected and oh-so-chic throughout all the hoopla. No baby bump is going to keep this diva from remaining a style star.

An onlooker at the Brooklyn restaurant where Beyonce and Jay-Z spent NYE told People: "She looked amazing. She wore sky-high heels. It was really impressive for an enormously pregnant woman."

Beyonce's sister Solange echoed the sentiment via Twitter: "Shout out to my sister for being THE cutest pregnant woman ever!"

We agree. And although we can't provide photos of the blessed child (yet), we can help feed your hunger for all things Beyonce with this slideshow outlining some of her fashion-forward pregnancy outfits. 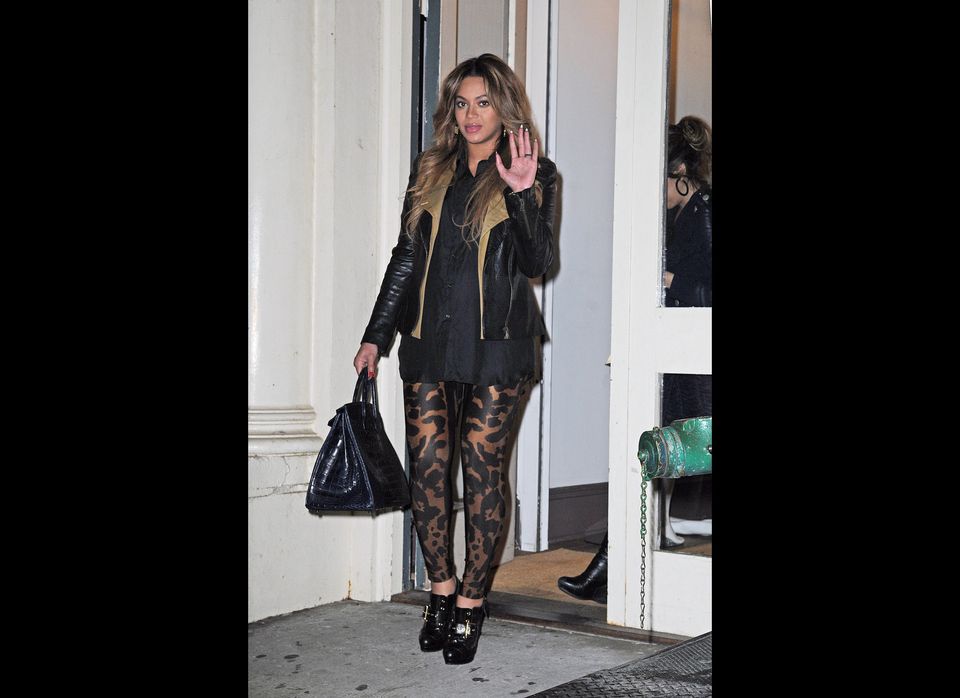