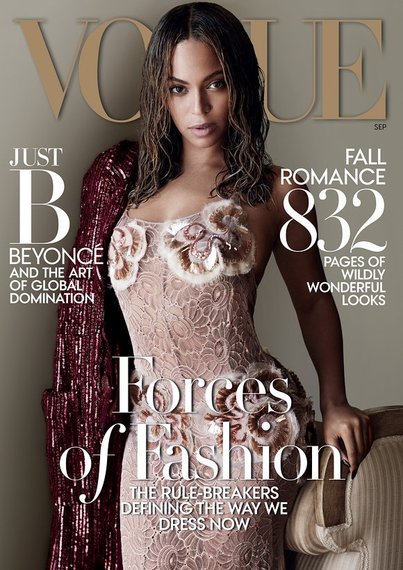 What do we want from the glamorous, powerful women we call divas or icons or cultural forces? We want them to want--and in our names get--everything they possibly can. Success in work and love. Sexual pleasure. Money and power. We want them to embody multiple fantasies. We want them to make us believe that exciting realities are just around the corner.

It used to be that the great pop stars with fashion and style gave us small variations on one grand theme. Tina Turner: minidresses and honey tresses. Janis Joplin: boas, bangles, and bell-bottoms. Cher: spangled striptease getups with mythic Third World touches. Nowadays fashion isn't about the grand theme, it's about juxtaposition, and it's filled with allusions to movie and art history; to music and dance styles; to iconographies of race and ethnicity, religion and gender. Madonna opened the door to this collage approach. Today we see it in the wigs, masks, and sculpted costumes of Lady Gaga and Nicki Minaj, the restless dazzle of Rihanna's couture choices. And, of course, in the music, dance, decor, and looks of the ultimate streamed collage: Beyoncé.

"The word diva is used for so many female performers, and it often means they have reputations for being difficult, but she exudes charm and a lovable quality." --Marc Jacobs

Beyoncé is a powerhouse. She can sneer. She can out-strut and stare down any man in the film frame. Call her, in the songs, She Who Must Be Obeyed--in the palace, in the bedroom, in the hood, on the road, and on the runway.

The most powerful thing about her persona is the unabashed pleasure she takes in her own body: its beauty, its power, its versatility. In an age when roles and styles morph as quickly as computer images, she's a shape-shifting virtuoso. She can evoke Rita Hayworth or Naomi Campbell, flappers and B-girls.

"There is a magnetic presence to her." --Riccardo Tisci

Her appropriation and assemblage are based on the understanding that a mass audience is a mass of niche audiences. Each has its own history, with its own desires, and she empowers them all.

Such is the power of Beyoncé that just one letter tells us who she is. What does it take to run the world?

Vogue's entire September issue will be available as early as August 14 via Amazon or by picking it up in Target stores. The issue officially hits newsstands on August 25. Watch an exclusive video from Beyoncé here.

The Best New Lingerie Labels to Shop Now: Make Yourself Over from the Inside Out