It's official, Beyoncé and Jay-Z's trip to Cuba was legal.

Musical power couple Beyoncé and Jay-Z traveled to the Communist island legally on an authorized educational trip, the Treasury Department said Tuesday in a letter obtained by the Miami Herald. The trip was organized by a group called Academic Arrangements Abroad, Reuters reports.

“It is our understanding that the travelers in question travelled to Cuba pursuant to an educational exchange trip organized by a group,” the letter said, according to the Herald.

Most U.S. citizens can’t travel to Cuba just for tourism. The U.S. government first imposed restrictions on travel to Cuba in 1962. They have remained in place since then, with the exception of a period from 1977 to 1982, when President Jimmy Carter let them expire. Current law doesn't prohibit travel per se, but rather spending money on the island.

President Obama tweaked the regulations to allow more U.S. citizens to travel to Cuba for cultural and educational exchanges approved by the Office of Foreign Assets Control, or OFAC.

Beyoncé and Jay-Z took advantage of the new regulations, meeting with Cuban artists, musicians and dancers, and visiting a children’s theater group, according to Reuters. U.S. citizens travel to Cuba routinely under the new rules on trips the U.S. government refers to as “people-to-people” exchanges.

Beyoncé and Jay-Z are both musicians.

But OFAC’s confirmation that the trip was legal didn’t satisfy Cuban-American critics of the duo’s educational vacation.

Cuban-American Rep. Ileana Ros-Lehtinen slammed the Obama administration, once again, for changing travel policy to allow educational trips like Beyoncé and Jay-Z’s to get approved.

If the tourist activities undertaken by Beyoncé and Jay-Z in Cuba are classified as an educational exchange trip, then it is clear that the Obama administration is not serious about denying the Castro regime an economic lifeline that U.S. tourism will extend to it. That was a wedding anniversary vacation that was not even disguised as a cultural program.

Half a century of U.S. economic sanctions on Cuba have failed dislodge the island’s Communist government.

As HuffPost Latino Voices pointed out earlier this week, opponents of travel to Cuba justify their opposition by citing human rights concerns. Cuba has a totalitarian government that uses the police to stifle dissent. The government routinely detains dissidents and has forced dozens into exile in recent years, according to Human Rights Watch.

But the United States also holds Cuba to a different human rights standard when it comes to travel.

Would the celebrity couple have gotten criticized for visiting these five countries over human rights concerns? 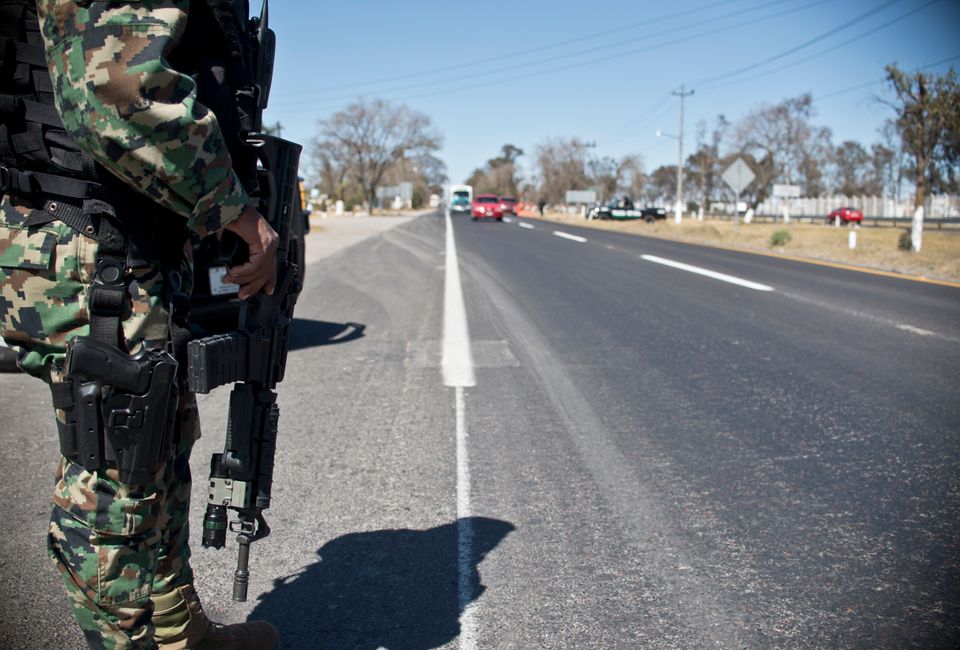 1 / 5
Mexico
Almost <a href="https://www.huffpost.com/entry/mexico-bar-shooting-chihuahua_n_2980980" target="_blank">70,000 people have died</a> since ex-President Felipe Calderón launched his country's frontal assault against the drug cartels in 2006. The <a href="http://latimesblogs.latimes.com/world_now/2011/12/landmark-case-mexico-admits-responsibility-rape-torture-indigenous-woman.html" target="_blank">Mexican military has admitted to raping</a> its own citizens. Human Rights Watch has tied the Mexican military to <a href="http://www.hrw.org/reports/2011/11/09/neither-rights-nor-security-0" target="_blank">extrajudicial killings, forced disappearances and torture.</a> Why don't more people bring this up when tourists visit Cancún?
A Mexican Navy member stands guard in a highway in the state of Mexico, near the capital Toluca, on January 29, 2013. According to local authorities, 3,000 elements of the Navy, Army, Federal Police and State Police were deployed since last January 24 for