We kind of knew this was coming, though -- rumors began to swirl back in January that the singer was working on a campaign for the Swedish retailer when one of her dancers at the shoot tweeted an accidental confirmation. But now the first shot is finally here!

The Inez & Vinoodh-lensed snap from the summer 2013 campaign features Bey lounging in the Bahamas in printed shorts, a silky blouse, high-heels and bangles. Sounds like it was plucked straight from her closet, no? That's because the star herself had a hand in design, so prepare yourself for plenty of bodycon dresses and embellished bikinis.

"I've always liked H&M's focus on fun and affordable fashion. I really loved the concept we collaborated on to explore the different emotions of women represented by the four elements -- fire, water, earth and wind. It was a beautiful shoot on a tropical island," Beyoncé said. "It felt more like making a video than a commercial."

As far as the rest of the campaign, entitled "Beyoncé as Mrs. Carter in H&M," you can expect to see more photos and even a video commercial set to Bey's new song "Standing On The Sun." Even though H&M has a history of top celebrity endorsements, it's pretty remarkable that the company was able to snag such a living icon. Recent campaign faces for the brand include Lana Del Rey, Vanessa Paradis and, our personal fave, David Beckham.

H&M's high summer 2013 collection won't be in stores until May, but you can check out her first shot from the ads below. Fiiiine, Beyoncé, we'll bow down. 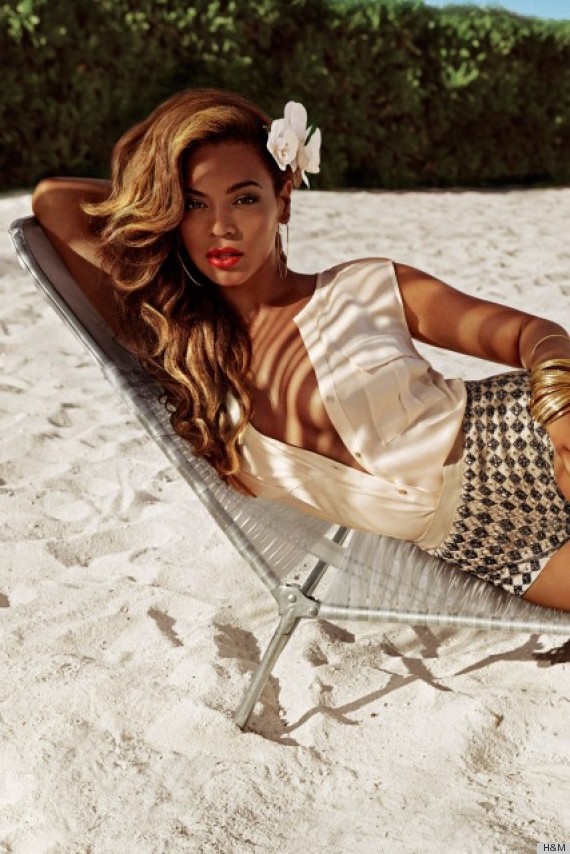 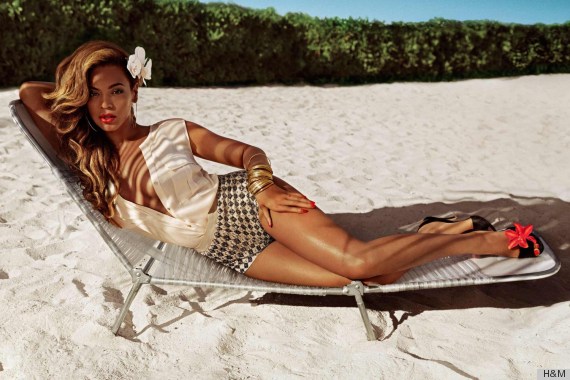