Beyoncé is the closest thing we have to American royalty -- so who better to serve as honorary chair on our fashion industry's biggest night? The diva/female version of a hustler, as one of the Met Gala 2013 attendees with the highest reach, was the last (second to last!) to arrive at the event's red carpet.

And arrive she did. Beyoncé came just as the red carpet livestream concluded, the better to capture all eyes around, of course. Solange's sister chose to wear Givenchy, the designer of the evening. But not just any Tisci gown would do. The strapless show-stopper featured elbow-length gloves, a lengthy orange train (complete with train-fluffer) and matching thigh-high boots. "It's all about the boots," Beyoncé told us.

How about that trim waist, accessorized with an appropriately punk grommet belt? Beyoncé confessed she was wearing a super-tight corset -- so tight, in fact, that "I'm going to need scissors to cut the string."

Be careful, Beyoncé! For all you know, that dress could end up in a museum one day. What did you think of Queen Bey's punk-inspired look? 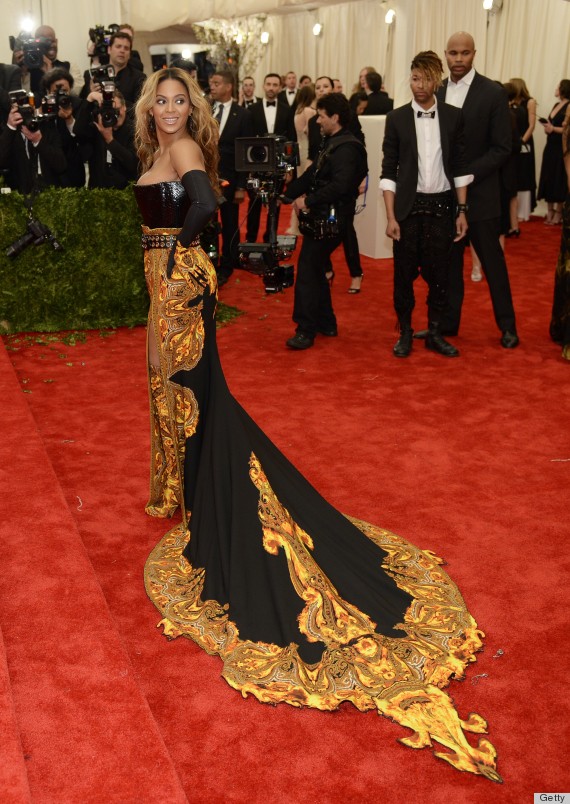 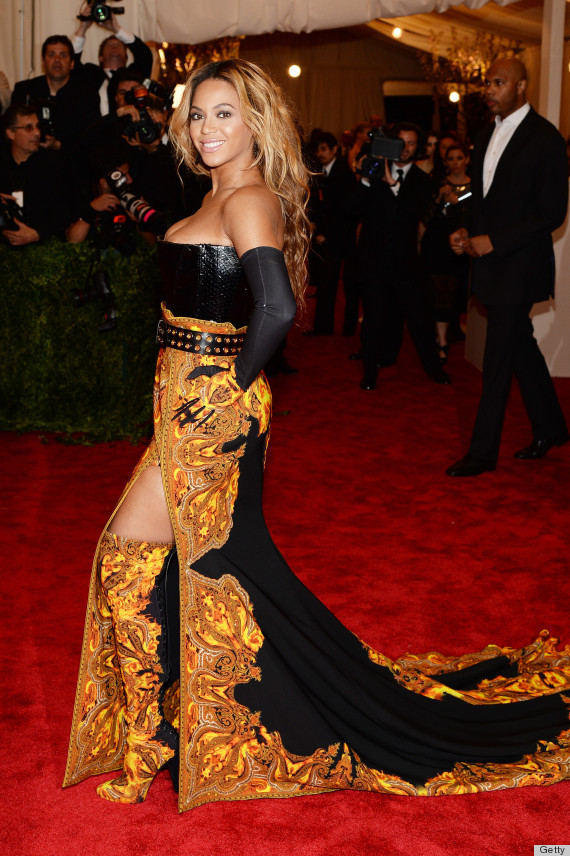 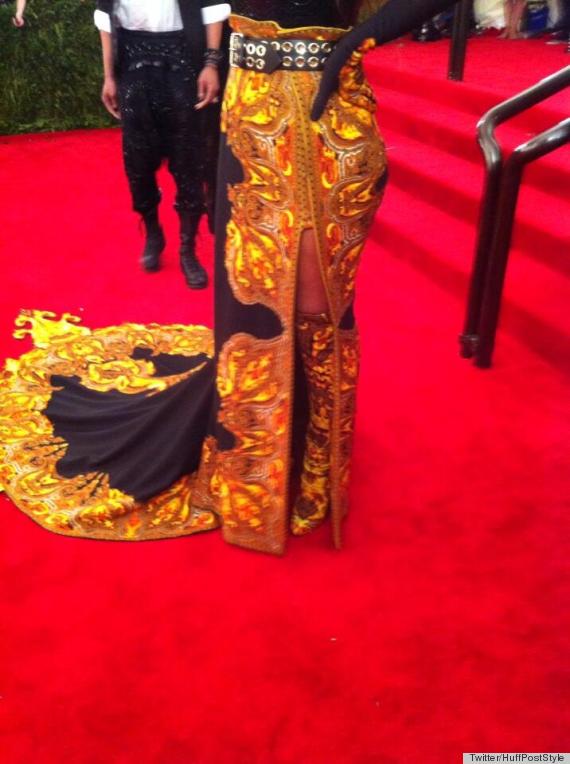 All the looks from the Met Gala 2013 red carpet: