It's four days after Beyonce's spectacular halftime performance at the Super Bowl and we're still thinking about it -- except now we're thinking she may have looked a little different.

Since the 31-year-old superstar took the stage at the Superdome there has been some chatter that along with her killer dance moves, she debuted a new nose. There's no denying that Beyonce looks quite different from when she started out, and while growing up has something to do with it, it's rare that the tip of of one's nose takes on the brunt of the changes.

“It’s extremely likely she’s had a rhinoplasty,” Dr. Jeffrey Spiegel, a board-certified facial plastic surgeon who has not treated the singer, told Hollywood Life. “I think she has had her nose narrowed and the tip refined. I do this same procedure regularly. She looks gorgeous and the surgeon did an excellent job,” he says.

It's hard to refute the photographic evidence, and if you look over a timeline of her photos it's seems fairly obvious that Beyonce had some work done back around 2004, and has possibly just recently undergone more surgery to refine her nose once again.

Now, we know you're thinking that the "Halo" singer's nose didn't look quite so different when she sang the national anthem at the inaugeration ceremony just a few weeks ago. But consider that Zap2It notes that the recovery time for a secondary rhinoplasty surgery can be as little as a week to 10 days, making it "absolutely feasible" that Beyonce could have had the procedure done prior to the ingauration, and that some swelling had not entirely dissipated since that portion of the recovery can take up to two months.

With all that in mind it's up to you decide if Beyonce debuted a new nose, or if she has a makeup artist who is really good at contouring. 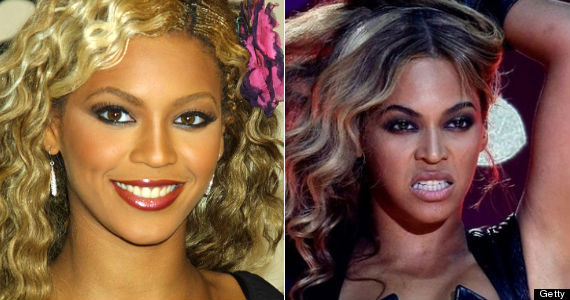