UPDATE: FLOTUS has a fan in Beyonce and it looks like the feeling is mutual, based on a tweet the First Lady sent out thanking the singer for her moving letter yesterday.

@Beyonce Thank you for the beautiful letter and for being a role model who kids everywhere can look up to. –mo

According to the campaign staff who runs Michelle Obama's account, tweets signed "-mo" are written by FLOTUS herself.

Beyonce's own Twitter account went live just last week with a single tweet (and the only one to date) about her intro to the social media world.

PREVIOUSLY: Beyonce's been baring her soul more than ever these days, releasing more than 100 personal photos on her new Tumblr page last week and showing off her post-baby beach body shortly after, while on vacation in St. Barts.

Bey's latest musing on her newly revamped website is a short, handwritten letter of thanks to the First Lady of the U.S.

Addressing the note simply to "Michelle," the singer thanks Obama for all that she does and for being a role model to her baby girl.

Beyonce's show of appreciation for the First Lady is some three and a half years in the making, starting with her rendition of Etta James' "At Last" at one of Obama's inaugural balls in 2009 and culminating with her collaboration on Michelle Obama's Let's Move campaign last year. Beyonce also braved the paparazzi -- in a figure-hugging blue dress, of course -- to attend a fundraiser hosted by FLOTUS in March.

Here, Bey's letter of thanks in full. 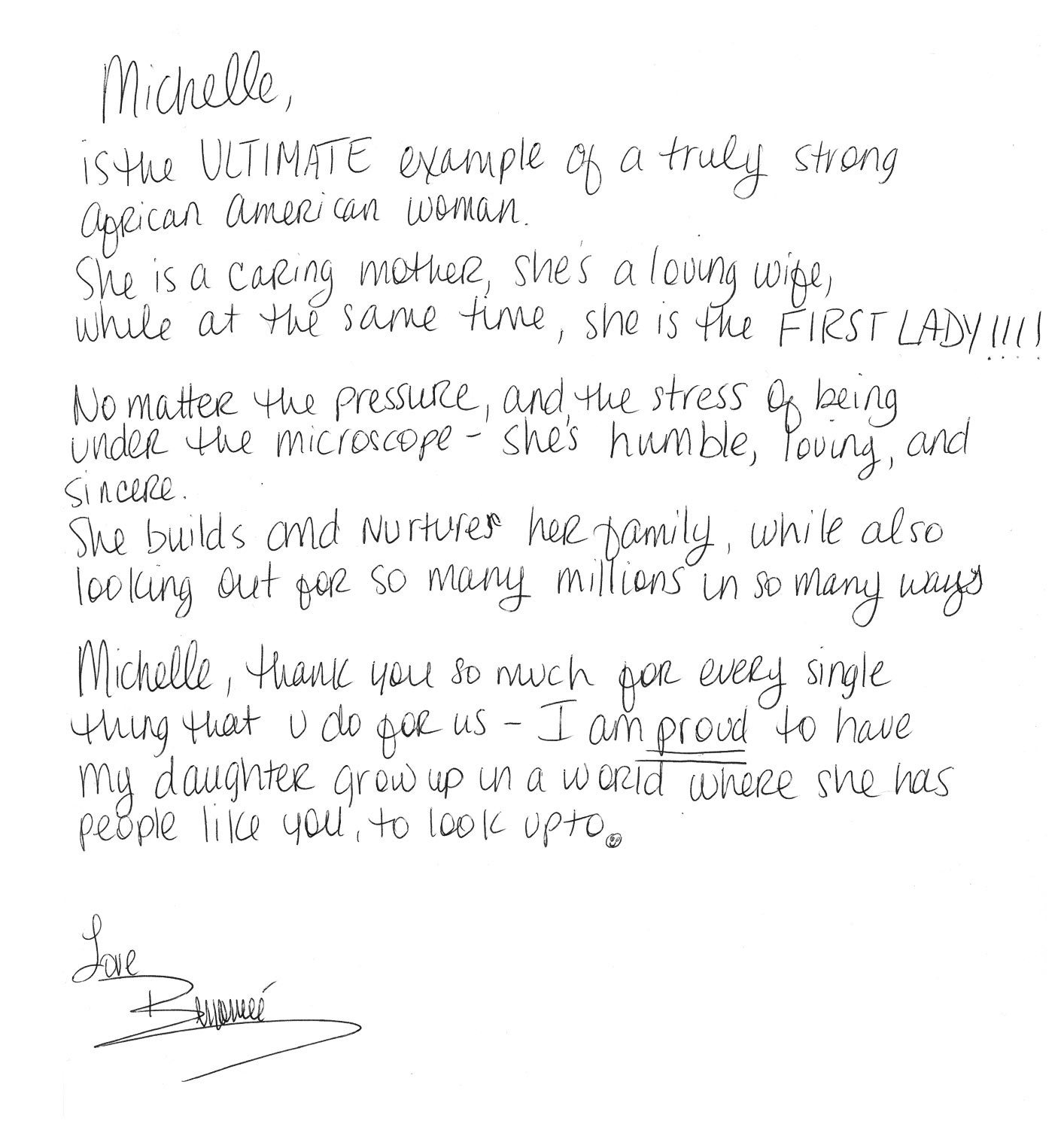 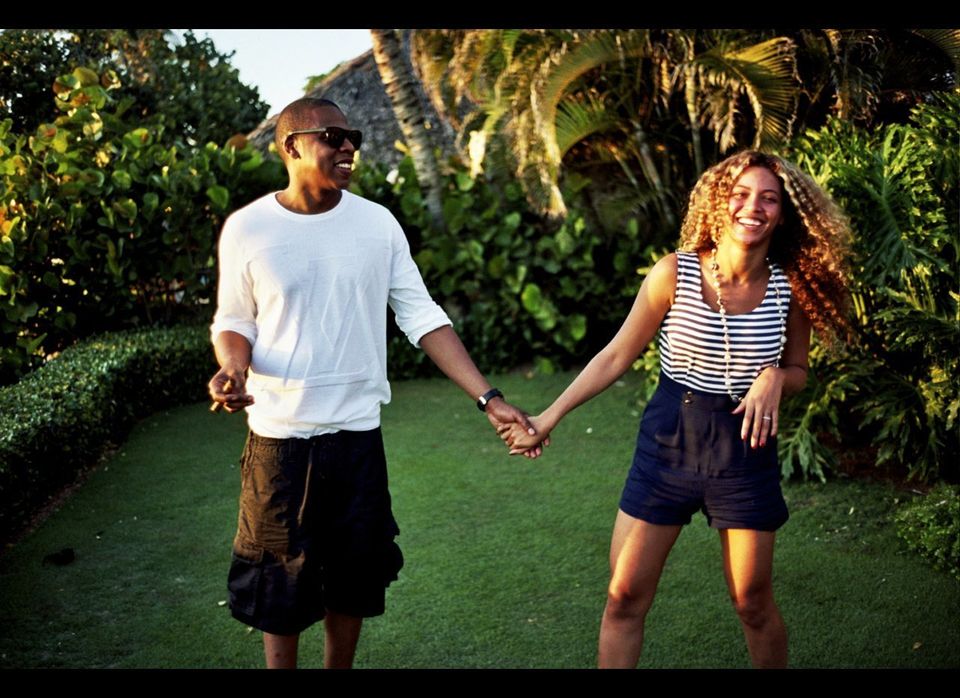