Beyonce Knowles Carter was a big part of Michelle Obama's Let's Move fitness campaign, a decision that would later be called into question when the singer signed a complex, $50 million promotional deal with Pepsi.

Like Coca-Cola, Pepsi has long been criticized for targeting children (and adults) with sugary drinks that, when consumed in excess, have negative effects on long-term health. In a new interview with Flaunt, Beyonce soft-handles the idea that her involvement with both the First Lady's plan and Pepsi constitutes blatant hypocrisy:

Some were critical at your participating in a Pepsi campaign after you moved your body for childhood obesity. Where is the balance between your career objectives and your philanthropy?

Pepsi is a brand I've grown up seeing my heroes collaborate with. The company respects musicians and artistry. I wouldn't encourage any person, especially a child, to live life without balance.

"Knowles is renting her image to a product that may one day be ranked with cigarettes as a killer we were too slow to rein in," Mark Bittman wrote in the New York Times. "From saying, as she once did in referring to Let’s Move, that she was 'excited to be part of this effort that addresses a public health crisis,' she’s become part of an effort that promotes a public health crisis."

Beyonce's deal includes not only traditional ad spots, but also gives the company a stake in her art. By funding certain creative endeavors, Pepsi opens new investment avenues, while the singer is freed from worrying about finding the cash to support her projects. Jay-Z's Samsung deal may or may not have been similar on paper, but that the rapper's album, "Magna Carta Holy Grail," went platinum upon its release because the tech giant purchased 1 million copies to dole out to app users for free seems to align with the idea behind the Pepsi deal. (Beyonce and Jay-Z were 2012's highest-paid celebrity couple.)

Beyonce's biggest projects with Pepsi to date have been her "Mirrors" commercial, in which the singer debuted a new song, "Grown Woman," and the Super Bowl halftime show, which the beverage company sponsored. Beyonce also has a massive deal with H&M and premiered "Standing in the Sun" in an ad for the clothing chain.

For more, including what she thinks of sex advice, head over to Flaunt.

Beyonce On Pepsi Criticism: 'It's All About Choices'
Beyonce's "Mirrors" 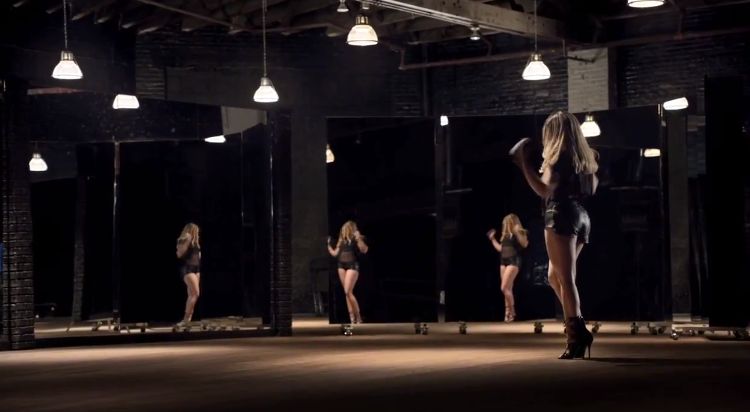