If you ever wondered what it's like to dine with Beyonce after a sold-out show, you should have been in her entourage on Sunday night in New Orleans. After she headlined the Essence Festival, Queen Bey bought her entire crew po'boys from famed sandwich shop Parkway Bakery.

Parkway owner Justin Kennedy told the NoLa Defender that she ordered "everything off the menu" -- shrimp, Reubens, capreses and catfish. The po'boy shop normally doesn't deliver, but when Beyonce called for 150 sandwiches, Kennedy's four-person team found it hard to say no.

This was Beyonce's first trip back to New Orleans since her Super Bowl performance and according to Kennedy, she was thrilled with her sandwiches. Maybe she got the recommendation from President Obama, who visited the restaurant for a shrimp sandwich and gator gumbo on the five-year anniversary of Hurricane Katrina.

Beyonce was clearly enjoying her time in New Orleans when she posted this photo on Instagram on Sunday with the hashtag #mrscarterinnola. 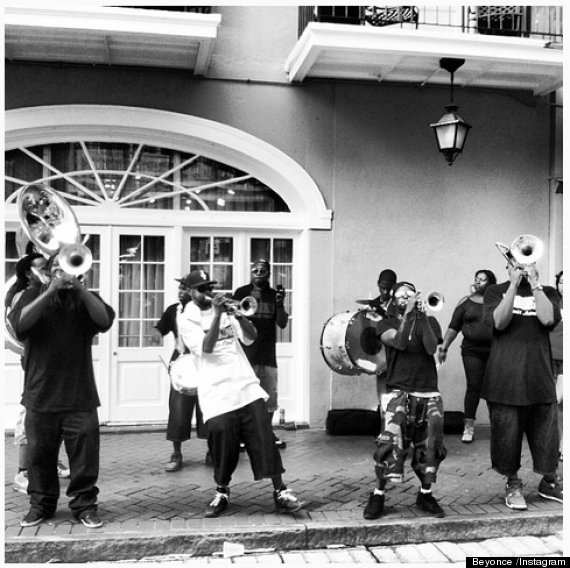