What do you get when New Zealand's indigenous Māori dancing bows down to the sounds of Queen Bey?

Poiyoncé: A new type of dance that we're really hoping catches on.

Tāreikura, a Māori performing arts group in New Zealand, turned a fierce song, Beyoncé's "Move Your Body," into an even fiercer dance routine by combining it with poi dancing -- a traditional Māori dance that involves rhythmically swinging handmade balls attached to a rope.

When you mix Māori Culture with Beyoncé - Part 3!Credit: Tāreikura

Tāreikura consists of young Māori women between the ages of 8 and 18 who speak Māori and practice both traditional and modern versions of the culture's dance, weaponry and footwork every week.

Māori "is an endangered language," Tinamaree Kaipara, the group's creative director, told The Huffington Post. "This is one of the ways we as a family support the revitalization of our ancestral tongue as well as cultivate the natural talents of our young people."

Traditional poi dancing is usually performed by women, according to the Māori Dictionary Project. The poi -- which is the light ball attached to a cord -- is considered an extension of the dancer, and the sounds the balls create when hitting a surface can be used to mimic the rhythms of nature.

While the dance is usually accompanied by Māori songs or chants, we're glad that the girls at Tāreikura used Bey to introduce the rest of us to poi dancing.

That smile you do...

Below, one more video of the girls' Poiyoncé dance, because you know you want more:

When you mix Māori Culture from N.Z with Beyoncé ... .... Had to Share Paint Fade Credit: Tinamaree Kaipara & Tāreikurasubscribe>> www.youtube.com/illegalmusik 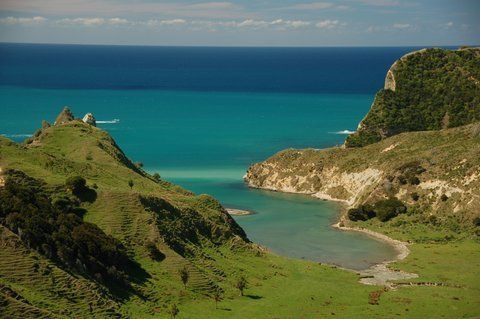