UPDATE II: Following her performance of "Love on Top," Beyonce told the crowd, “I want you to feel the love that’s growing inside me.” She then unbuttoned her coat and rubbed her belly.

UPDATE: Beyonce's rep confirms the pregnancy.
_____
PREVIOUSLY: Walking the red carpet in Dolce & Gabbana at the MTV Video Music Awards, Beyonce announced that she was pregnant, according to a tweet from TV.

"OMG Beyonce just made a huge announcement on the #vma carpet! #baby!!!!!"

This will be the singer's first child; she's married to hip hop icon Jay-Z. 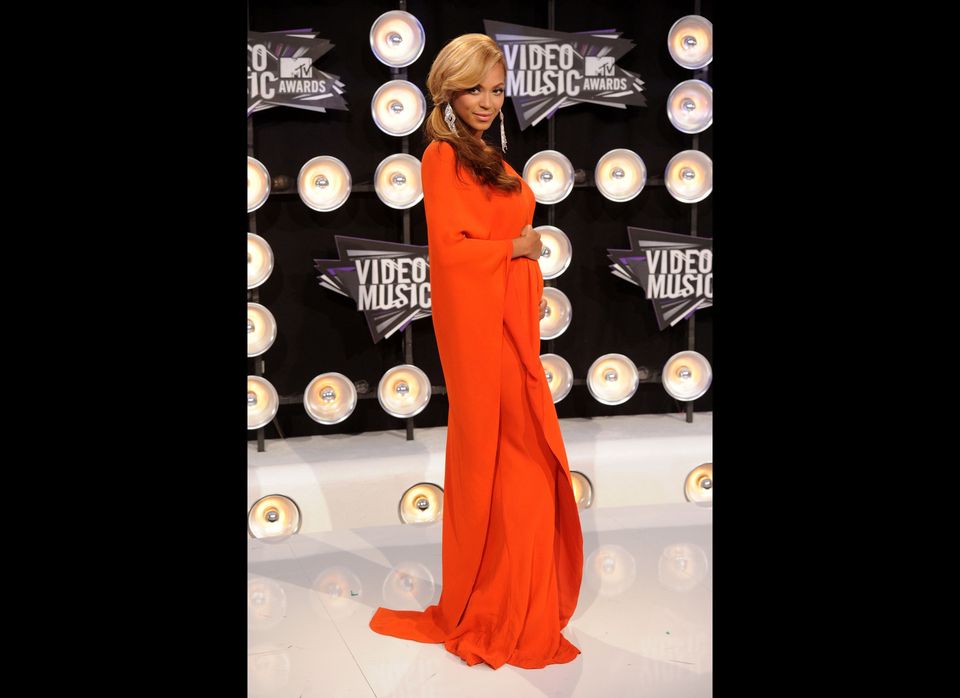