I watched "Lemonade" recently and screamed. And cried. And stared off into the distance, awestruck.

Queen Bey has pushed the boundaries of artistic expression yet again -- visually, lyrically, emotionally -- and now we can add spiritually to that list.

As a practitioner of the West African faith, Ifa, I love to point out pop culture occurrences of this ancient tradition and its pantheon, the orisha, right here in the West.

Like Ricky Ricardo's 1940s hit "Babalu," which is a detailed ritual to orisha Babaluaye, patron of sickness and infirmity. 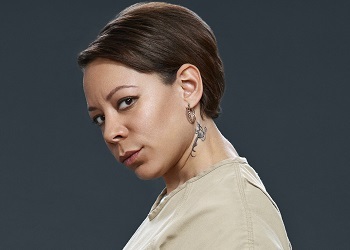 Or, in season two of Orange Is The New Black, we learn the detailed back story of Gloria. The jailhouse santera learned everything from a motherly figure who wore white, working in the backroom of their bodega.

Even Jay-Z nods at orisha, Shango, in a rap duet with Drake entitled "Pound Cake."

But Beyonce is a whole 'nother ball game. And I stopped breathing at her song "Denial" --

I... wore white
abstained from mirrors
abstained from sex
slowly did not speak another word.
In that time, my hair, I grew past my ankles.
I slept on a mat on the floor. 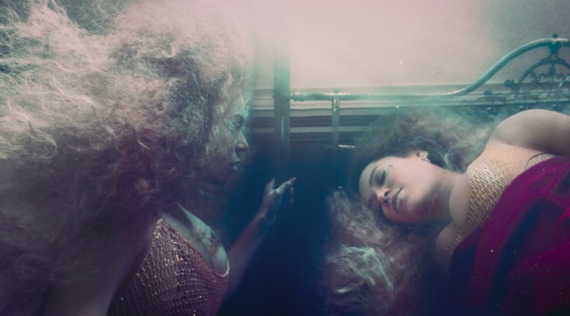 These intense steps in her detailed ritual of denial aren't erratic choosing; they are all some of the basic requirements of the year-long process for an Ifa practitioner to initiate into the priesthood -- steps that I took in 2012 when I became a priestess. And this practice is still upheld throughout America, the Caribbean, and South America.

I spent 365 consecutive days wearing white -- all white, only white -- all the way down to my underwear and socks. But that was the easy part. There was also three required months of no sex, no looking in mirrors, and taking all of my meals on a mat on a floor. And for one year, I could not cut my hair.

I didn't commit to such terms because I was questioning infidelity from a rap god, but because I had become an Iyawo, a Nigerian Yoruba word for bride, and the title given to men and women going through the Ifa/Santeria/Candomble initiation rites to become a priest. During this year, you become in some ways a nun and are married to your orisha.

No, i'm not saying that Beyonce has become a priestess, or that she even practices Ifa (but putting Ibeyi in the video says a LOT, Bey!). But in this project, the many critics and critiques of Beyonce's African descent (as i've seen argued because of her wealth, or blonde hair) must be paused to acknowledge what is clearly there.

Beyonce Knowles Carter is an artist of the Earth, using her stage and global influence to teach us about the human condition, using symbology and language that is sacred and pronounced beyond a few approved circles. 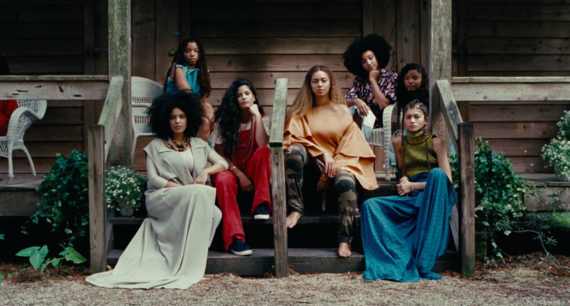