Beyonce stepped out with cropped, blunt bangs, accompanied by Jay Z and Blue Ivy, to catch a train out of the Gare du Nord Station in Paris Tuesday. It's a dramatic new look for the superstar singer, who debuted longer bangs while performing at the Global Citizen Festival in New York City on Sept. 27.

The 33-year-old spent some quality time with her family in the City of Light. While there, the Carters took a private tour of the Louvre, because they can. 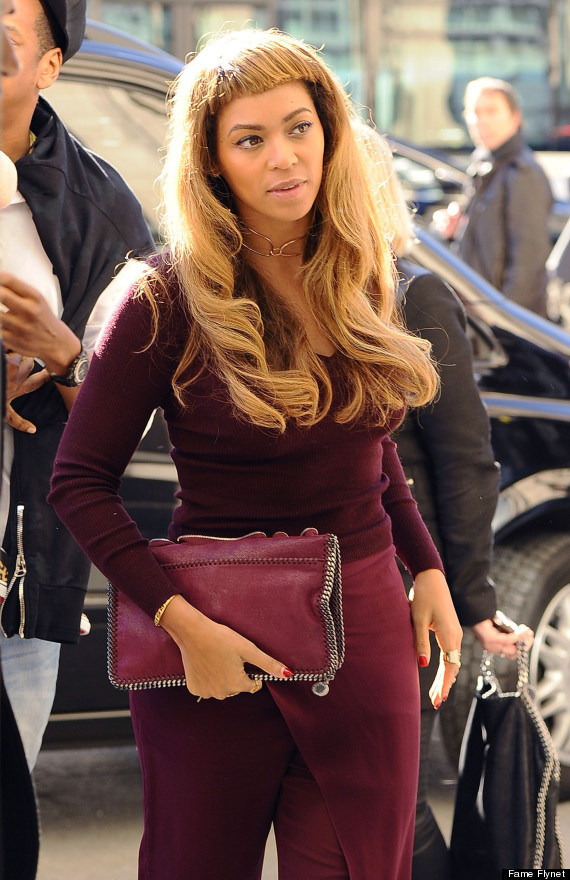 CORRECTION: A previous version of this article stated that Gare du Nord was an airport, when it is, in fact, a train station.