It's official! Beyonce will perform at the Super Bowl halftime show.

After the AP broke the story with an anonymous source, the singer took to her blog to confirm the gig in a decidedly Beyonce manner: She posted a photo of her face with eyeblack featuring the words "Feb. 3 2013." That, of course, is the date of Super Bowl XLVII.

Peep the photo below, followed by some of the AP's original report. 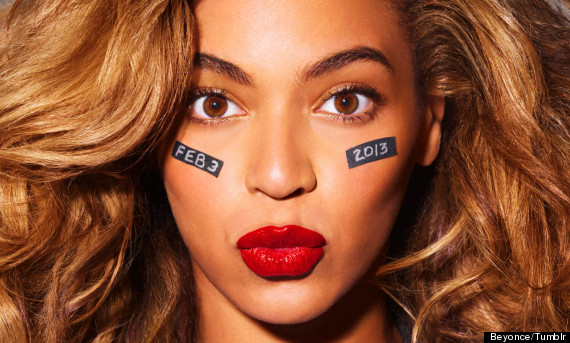 A source familiar with the Super Bowl told The Associated Press the Grammy-winning diva will take the stage at the halftime show on Feb. 3, 2013, at the Mercedes-Benz Superdome in New Orleans. The source spoke on condition of anonymity because that person wasn't authorized to publicly reveal the information.

The official announcement is expected Wednesday, the source said.

Beyonce, whose pop and R&B hits include "Crazy in Love," "Irreplaceable" and "Single Ladies (Put a Ring on It)," has won 16 Grammy Awards. The 31-year-old sang the national anthem at the 2004 Super Bowl in her hometown of Houston when the New England Patriots defeated the Carolina Panthers.

Actors That Have Spoken About Typecasting And Playing The Same Role