While Beyoncé's super secret visual album practically broke the Internet with its release earlier this month, a pricey piece of New York City real estate with ties to the singer has one prospective homeowner going for broke.

The 13,000-square-foot loft townhouse located at 214 Lafayette Street in Manhattan's SoHo neighborhood features 3 bedrooms, 3.5 bathrooms, a 925 square-foot terrace, an indoor pool and full basement, according to a listing on real estate website Street Easy. The "architectural masterpiece," as its described, is also where Mrs. Carter filmed the video for one of her biggest hits back in 2009. 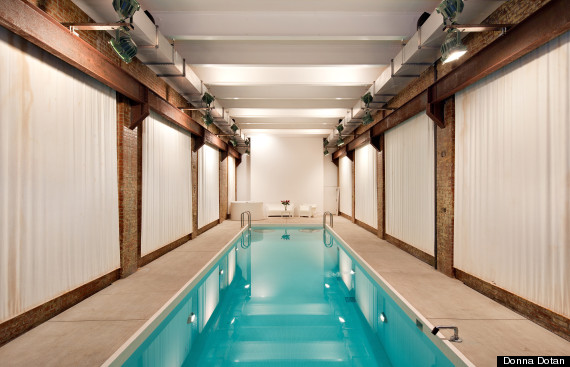 Recognize these ethereal digs? (Hint: The loft was also featured in John Mayer’s “Who Says” video.) Check out the answer after the jump.

According to listing agent Steven Halpern of Urban Compass, the Lafayette Street townhouse where Beyoncé filmed her 2009 video "Halo" is now available for rent for $80,000 per month. It's also available for $20,000 a day — or $50,000 a week, Street Easy notes.

Browse more photos of this stunning space in the slideshow below and head over to Urban Compass for the complete listing.