When anything less than ***Flawless happens in the life of Beyoncé, the world takes notice. So, of course, a stage malfunction had the BeyHive buzzing.

After dropping their joint album “Everything Is Love,” Bey and husband Jay-Z have been watching crowds go apeshit on the On the Run II tour, but she experienced a minor hiccup at the Warsaw, Poland, stop on Saturday night.

At the tail end of the concert, Bey was essentially stranded on a flying stage 20 or so feet in the air that serves as the show’s closing stunt to allow her to bid fans — even those in the cheap seats — adieu.

When it became clear the aerial platform was stuck during the couple’s performance of “Young Forever” and “Perfect,” a team of stagehands quickly came to her rescue with an emergency ladder so that she could get down safely.

Of course, the entire incident was captured by fans in the audience who began chanting her name as she decided how exactly she was going to scale down the stage, especially while wearing a spangled bodysuit and high heels.

After some deliberating, Bey finally managed to make her way down, but not treating patient fans with a little dance move and even blowing them kisses.  Ugh, her mind!

Queen of always entertaining the fans even while being stuck on stage. 👑💛 #OTRII #Warsawhttps://t.co/0SZOq3BsLe pic.twitter.com/jDjSOdt71z

The Carters recently completed the U.K. leg of their tour and are now making their way through the rest of Europe, before kicking off a string of U.S.-based shows later in July.

The power couple are expected to rake in more than $200 million over the course of the tour ― more than double the gross of their 2014 outing ― likely due to increased ticket prices and renewed interest in their decadeslong romance. 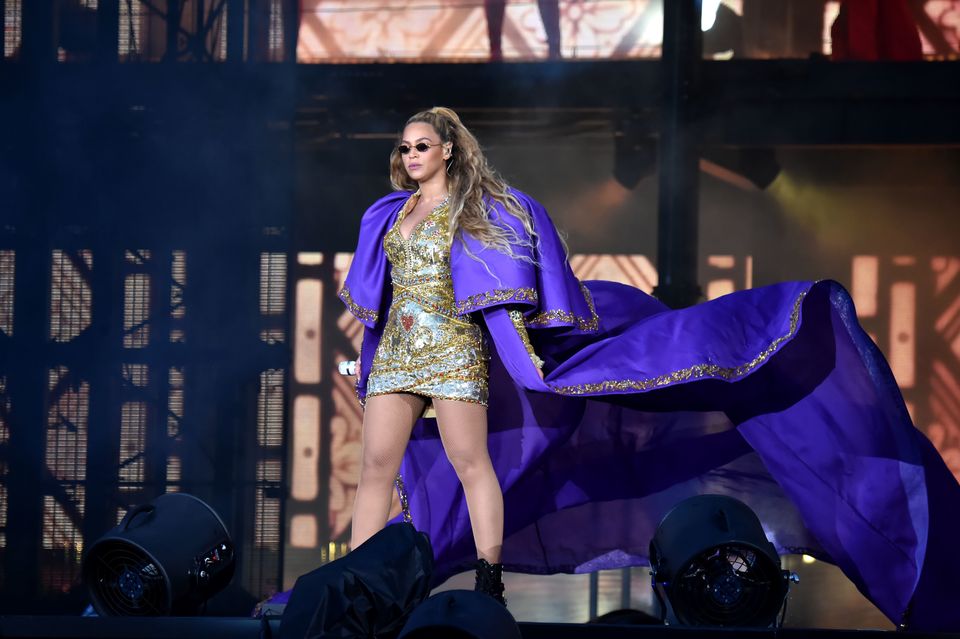 1 / 9
This Stunning Purple Cape
The entire ensemble was designed by <a href="https://www.instagram.com/p/Bj0sEb0BNoh/?hl=en&amp;taken-by=peter_dundas" target="_blank">Peter Dundas</a>.&nbsp;
Kevin Mazur via Getty Images