A few weeks ago, the fashion site The Coveteur tasked me with trying 22 Days Nutrition also known as the Beyoncé vegan diet. At the time, it was the middle of Fashion Week and my judgment was impaired, so for some reason I agreed to forgo bacon, dairy and basically all of life’s other greatest pleasures for three entire weeks.

For those who are unfamiliar with the Beyoncé diet, it came to be when Beyoncé partnered with her trainer/nutritionist Marco Borges to bring her plant-based diet program to the masses via home delivery (full disclosure: Beyoncé and Jay-Z are both active shareholders in the company.) The 22-day regimen is based on the thinking that it takes 21 days to break a habit. 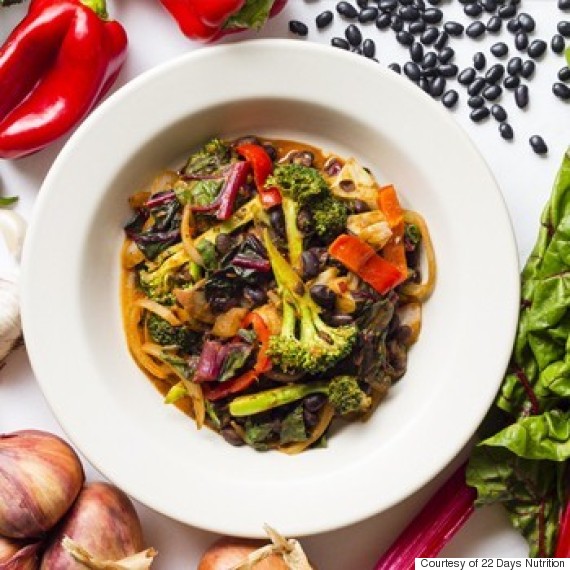 There are a few different meal plans to choose from, ranging from one to three meals per day and lasting anywhere from a couple of days to the full 22. I opted for three meals a day for 22 days, because that’s what Beyoncé does. That particular plan costs $609.84 total -- a cool $300 more than I’d normally spend for three weeks’ worth of groceries -- and is delivered to you once a week for three weeks in huge, insulated coolers with frozen gel packs. The food is fully cooked and prepared; all you have to do is heat it up in the oven or microwave.

Before I tell you what happened, I should let you know that I love food. Like, I really love food. To put it into perspective, in the fifth grade we were all asked to write down three things we couldn’t live without. Most people put down their mom or their dad or their family dog. But I put down pigs in a blanket, chocolate milkshakes and smoked salmon. This is all to say, eating vegan for three weeks was rough. Turns out replacing cheese isn’t so easy.

Read the whole story and see more photos on The Coveteur.