With rumors of Beyoncé's affiliation with the Illuminati finally quelled by music mogul Russell Simmons last week, it's only fitting that the accusations that she hired a surrogate to carry her daughter, Blue Ivy, be put to rest, too.

Unsurprisingly, the Beyoncé publicity team is all over it.

In an 8-page spread in the March issue of Vogue, the singer continues the confessional streak she's been on as of late, revealing that she not only gave birth to her now 1-year-old baby girl -- contractions and all -- but that she had a vision of supernatural strength while doing so.

“I felt very maternal around eight months,” she remembers. “And I thought I couldn’t become any more until I saw the baby. . . . But it happened during my labor because I had a very strong connection with my child. I felt like when I was having contractions, I envisioned my child pushing through a very heavy door. And I imagined this tiny infant doing all the work, so I couldn’t think about my own pain. . . . We were talking. I know it sounds crazy, but I felt a communication.”

In this month's cover interview with GQ magazine, Beyoncé divulged more details about giving birth and the increased self-confidence she discovered as a result.

"Giving birth made me realize the power of being a woman," she said. "I have so much more substance in my life ... I actually feel like my child introduced me to myself," she went on to say.

At one year old, Beyoncé says Blue Ivy has grown into her "road dog" and "best friend," a relationship that she undoubtedly looks forward to nurturing while establishing a sense of normalcy in the little girl's life.

“At some point it’s very important to me that my daughter is able to experience life and run through the sprinklers and have slumber parties and trust and live and do all the things that any child should be able to do," Beyoncé told Vogue.

In addition to her upcoming HBO documentary, “Life is But a Dream," the 31-year-old singer is set to reveal even more about her personal life when she sits down for the Sunday, February 16 episode of “Oprah’s Next Chapter” on OWN.

Check out Beyoncé's Vogue cover below and head over to Vogue.com for the full feature. 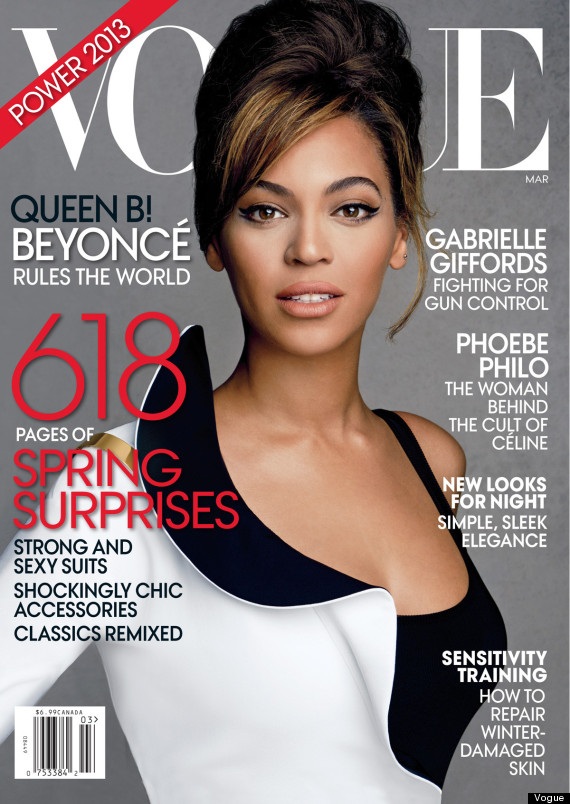