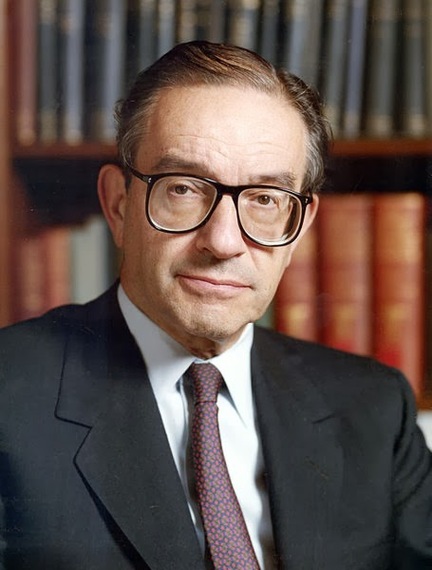 In a review of Joshua Greene's Moral Tribes: Emotion, Reason and the Gap Between Us and Them in The Atlantic ("Why We Fight--And Can We Stop,", 10/23/13) Robert Wright deals a unique approach to the Trolley Problem. The famous conundrum posed by the ethical philosopher Philippa Foot deals with the decision to sacrifice one life in order to save many by diverting a runaway trolley.

"Greene's inspiration was to do brain scans of people while they thought about the trolley problem," Wright says. "The results suggested that people who refused to save five lives by pushing an innocent bystander to his death were swayed by emotional parts of their brains, whereas people who chose the more utilitarian solution--keep as many people alive as possible--showed more activity in parts of the brain associated with logical thought."

In an article in Foreign Affairs ("Never Saw It Coming: Why the Financial Crisis Took Economists By Surprise," November/December 2013)former Federal Reserve Chairman Alan Greenspan introduces a similar idea in an economic rather than moral context. Citing "'animal spirits,' the term Keynes famously coined in l936 to refer to 'a spontaneous urge to action rather than inaction,'" Greenspan argues that no understanding of "Homo economicus" can be had unless one understands the irrational emotion underlying seemingly rational choices. He states,

"From the perspective of a forecaster, the issue is not whether behavior is rational but whether it is sufficiently repetitive and systematic to be numerically measured and predicted. The challenge is to better understand what Daniel Kahneman, a leading behavioral economist, refers to as 'fast thinking' : the quick reaction judgments on which people tend to base much, if not all, of their day-to-day decisions about financial markets. No one is immune to the emotions of fear and euphoria, which are among the predominant drivers of speculative markets. But people respond to fear and euphoria in different ways, and those responses create specific, observable patterns of thought and behavior."

So what Wright and Greenspun are doing is in essence placing thought itself under scrutiny. The Iowa Gambling Task, devised by the neuroscientists Antonio Damasio, Antoine Bechara, Steven Anderson and Daniel Tranel, which uses card games and skin respiration tests, to measure the presence of emotions as complex as Schadenfreude is another iteration of a similar idea. Reason, like Newtonian physics in a world of relativity, is again left in the dust.