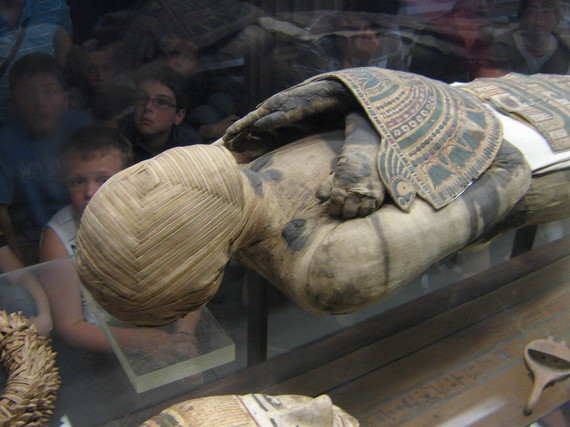 Political news is often nasty and acrimonious these days with "liberals" and "conservatives" often seeming beyond all hope of reconciliation. Yet, I believe there is much hope for reconciliation if reasonable "liberals" and "conservatives" will just admit one unpleasant fact: the "veil of ignorance" is real. Please bear with me as I briefly explain this three-word phrase and my belief. As we'll see, reason, self-interest, and morality all back me up.

I take the phrase "veil of ignorance" from the great philosopher John Rawls. For those who haven't read Rawls and aren't familiar with the phrase, here's some brief and admittedly oversimplified background. In trying to construct a theory of justice, Rawls explored an imaginary "original position" where we would come together and agree on our political and social order. In an attempt to maximize fairness, Rawls imagined that we would do this behind a "veil of ignorance" that prevents us from knowing our own wealth, race, social status, gender, religion, talents, and other defining characteristics. Rawls invoked this veil in hopes of greater justice. If a rational person does not know his wealth, race, social status, gender, religion, talents, and other defining characteristics when agreeing to a future order, he should of course fear potential bias on those unknown grounds in any future order. Thus, one could reasonably expect that persons in any such "original position" would support a social and political order that, among other things, provides everyone with equal opportunity to the extent feasible regardless of these unknown defining characteristics.

Of course, we don't live in a fictional world, and fictional social and political theories run the risk of being treated like Pegasus or unicorns. Furthermore, even if we want to treat a particular fictional theory more seriously than we treat winged or horned horses, it can be difficult to do so. For example, if someone argues that the "veil of ignorance" cannot work as social or political theory because no one would know enough to make any choices at all, it's hard to know how to respond. Do we say, "But in my fictional world they can do it"? That hardly seems satisfying. However, if the "veil of ignorance" is real and people make rational choices acknowledging such a fact, then the response that "they can do it" takes on new force.

I say all this because the "veil of ignorance" does in fact exist and talk of it is not on the level of Cyclops or River Styx talk. To show this, I'll begin by conceding for the sake of argument that we can know our present situation and all our present defining characteristics that matter in any way. I make that concession because many are inclined to believe they have such knowledge and I don't need to debate that point as we'll quickly see. It is, however, a big concession since knowledge requires justified TRUE belief. Can we really claim that we always meet such a standard about ourselves? I don't think we can but I'm willing to let that go for the sake of argument.

As reasonable people, let's therefore buck up and admit it: the veil of ignorance exists. Unlike the cowards who cannot bring themselves to draft wills, healthcare powers of attorney, and other estate documents that remind them of their uncertain lives, let's instead rationally face up to the uncertainty we all share. This includes voting out politicians whose rhetoric and actions are inconsistent with the principles of fairness and concern that admission of the veil of ignorance requires. Let's also get wild and hope for the moon. Let's hope that a new Rawls will write a new Theory of Justice that treats the veil of ignorance as real. We desperately need to read and debate such a book.