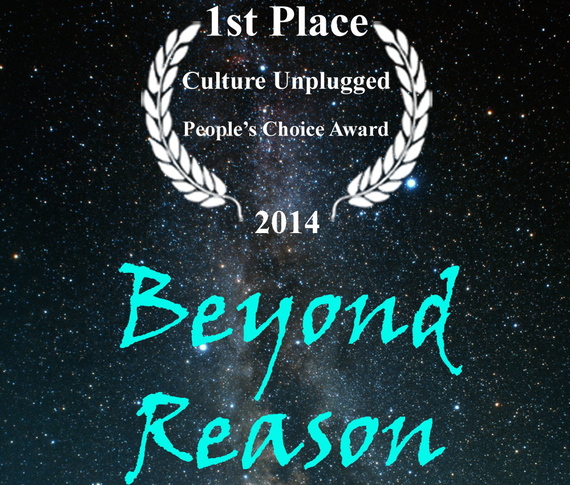 Sometimes the universe surprises you.

A few months ago, I received an email from independent filmmaker Frank Huguenard. Having read some of my posts on the science of consciousness, Frank wanted to know if I'd consider being interviewed for a film on that subject. Cautious (and camera-shy), I was a bit wary and politely asked for more information. Frank suggested that I view his three previous films -- Beyond Me, Beyond Belief, and Beyond Reason, each available through his website www.beyondmefilm.com. All are thought-provoking treatments of controversial subjects. The latter deals mindfully with the interface between science and spirituality, the subject of my book Reason and Wonder. Suffice it to say I found Beyond Reason particularly captivating.

First, a little background. Huguenard, a technological visionary and entrepreneur, was a highly successful Silicon Valley product developer in the 1980s and 1990s. That world collapsed when he simultaneously lost both his soul mate to cancer and his prestigious job. The shock of loss produced a profound spiritual awakening, the universal truth of which Huguenard explores in these films. With neither previous experience in filmmaking nor financial backing, he produced Beyond Me and Beyond Belief each in 8 weeks. Beyond Reason, however, required traveling the world, numerous setbacks, and 18 months. The final result, however, is enlightening.

Beyond Reason begins with the premise that there are multiple modalities for apprehending reality. Let's term the primary ones "outer knowing" and "inner knowing," or reason and intuition if you prefer. The French philosopher and Nobel laureate Henri Bergson (1859-1941) argued that both are legitimate, but that, ultimately, intuition is primary. When institutionalized, these processes of inquiry are science and religion, respectively. Both modes of knowing are legitimized by consensus.

Psychologists tell us that personal relationships are most healthy when the individuals involved have well-defined and sacrosanct boundaries. Analogously, science and religion co-exist harmoniously when each knows its limitations and respects the other's domain. On the other hand, they clash when one or the other or both violate those boundaries. Beyond Reason explores these parallel paths of knowing via parallel but interleaved interviews. One set of interviews explores the philosophy and practice of science. The other explores the philosophy and practice of Vedantic spirituality. Collectively they identify the domains of science and religion, elucidate how they are similar and how different, and establish appropriate boundaries.

Long prior to Bergson, philosophy -- the love of wisdom -- had been rendered asunder by another French philosopher, Rene Descartes (1596-1650). Descartes cleaved reality into two distinct magisteria: the res extensa and the res cogitans -- literally "the extended thing" and "the thinking thing;" i.e., matter and mind. Natural philosophy, a.k.a. science, took the former as its domain. Philosophy/religion took the latter.

The split was necessary to break the shackles that had constrained science by religious dogma, a situation that came to a head in 1633 in the heresy trial of Galileo. However, the Cartesian partition between mind and matter had an unintended downside: it introduced a bias, largely unrecognized, at the very heart of science. Here's the problem in the words of reknown theologian John Haught of Georgetown University:

Running silently through the heart of matter from the earliest moments of the cosmic story, a vein of "subjectivity" has been in great measure inaccessible to objectifying science. So hidden is this interior dimension of the cosmos from public examination that scientists and philosophers with materialist leanings sometimes claim that it has no real existence at all. Leaving subjectivity out of their representations of the cosmos, however, they fail to tell the whole story. They even leave out the most important part of it.

The quotation is drawn from an abstract of Haught's seminar "Teilhard, Religion, and Big History: A Look Inside," scheduled for the May 16, 2015 Annual Meeting of the American Teilhard Association. His critique of science deserves some parsing.

As a method of inquiry, science has been wildly successful. In rapid succession, it's engendered the Enlightenment, the Industrial Revolution, the transportation age, the Space Age, and the information age. It's probed the atom, reconstructed the origins of the universe, written the history of life on earth, and deciphered the genetic code. Its successes are so stunning that many if not most scientists have succumbed to a subtle hubris: scientism. Scientism, or scientific materialism, holds that science is the only legitimate way to apprehend reality because the universe is only material. If it can't be measured, it doesn't exist, or it doesn't matter. Scientism is a form of scientific dogma.

In my inaugural essays in Huffington Post, I explored science's "sacred cows," the assumptions that science has made either explicitly or implicitly during its relatively short ascendancy: absolute time and space, dualism, determinism, reductionism, locality, causality, realism, and materialism. Each essay dealt with the demise of a particular "sacred cow." All assumptions but one have collapsed. Yet, science remains alive, well, and healthy, proof positive that the assumptions were never essential. Science, however, continues to cling tightly to its central dogma: materialism. Perhaps it clings in the fear that science will vanish if the materialistic paradigm also collapses. Not to worry.

Among other things, Beyond Reason celebrates science while deconstructing materialism. It does so through intertwined interviews with Gary and Kenny Felder, the scientific protagonists of the film. The Felders are brothers. Gary's a physics professor at prestigious Smith College. Kenny teaches mathematics at a charter high school in Raleigh, after having made a fortune launching a techno-startup. Neither is particularly well known, yet both are highly intelligent and clear-headed. Both clearly love science and understand the philosophy of scientific inquiry and the practice of the scientific method. More to the point, both understand the limitations of science and exactly where science has committed a "boundary violation," to coin a phrase. Time and again I found myself nodding in agreement as these two carefully articulate -- better than anyone else I've heard -- what science is and what is isn't.

Why does any of this matter? Because humanity is in a tight race between enlightenment and catastrophe: economic, environmental, and social. As a species we need all the wisdom we can muster: from modern science and from ancient spiritual traditions (as well as from indigenous voices). Truth is one, and any thoughtful effort to heal the enmity between science and religion should be lauded. Hats off to Huguenard for Beyond Reason.

vedantascience-and-spiritualityConsciousnessscience and religionreligion
Go To Homepage