Lyubomir Hristev, 24, works at a marketing agency in Sofia, Bulgaria, and sports a neatly cropped black goatee. Tech savvy, creative, bursting with ideas, Hristev hails from a new generation of entrepreneurial Bulgarians eager to start their own businesses and do something positive for their country.

Hristev was born in 1989, the same year Bulgaria transitioned from Communist rule to a democracy. In addition to developing a business idea in his free time, Hristev regularly takes advantage of free Massive Open Online Courses (MOOCs), which emerged on the scene in 2012 providing opportunities for millions of students around the world to take courses from leading universities in the U.S.

Hristev has completed 20 MOOCs and was an active participant in "Beyond Silicon Valley: Growing Entrepreneurship in Transitioning Economies," a six-week MOOC that I taught for Case Western Reserve University on the Coursera platform this past spring.

The course attracted more than 23,000 registered students from 183 countries. More than 85 percent were from outside the United States. Students from outside the U.S. are flocking to MOOCs to explore topics that might not be covered by universities in their home country and engage with other learners from around the world to exchange ideas. 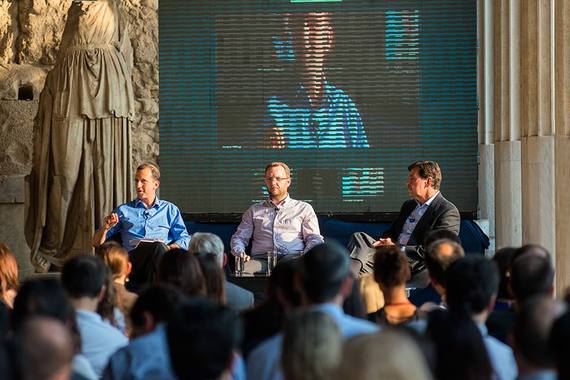 Through a series of short, documentary-style videos, students learn how an entrepreneurial ecosystem developed in my hometown of Cleveland. A decade ago, things were dismal in Cleveland for any entrepreneur wanting to start a new business. We were the epitome of the "Rust Belt," losing manufacturing jobs by the thousands each year, and unable to replace them with anything substantial.

In 2002, Cleveland was ranked last among 61 cities rated for entrepreneurs by Entrepreneur Magazine. In "Beyond Silicon Valley," we investigated the massive efforts by Cleveland's business, donor and government leaders to reverse the trend and make the city a better place for new businesses and accelerate the growth of start-up companies in the region.

A tremendous amount has been accomplished in Cleveland over the last 10 years, but its story is not a simple recipe for success that can be replicated in other communities. But the point in creating the course was not to provide a cookie-cutter approach to supporting entrepreneurs. Rather, my hope was to give students an opportunity to look at one example and reflect on solutions that might work in their communities.

Students participated in lively, thoughtful discussion forums and assignments. In one homework assignment, students like Hristev in Bulgaria interviewed local entrepreneurs to understand how they got their start. "It was a real experience, and something I had never done before," he said. "It helped me interface with other professionals and learn how things work in Sofia."

Other students have been inspired to work with sponsors to provide support for entrepreneurs. Yvette Mazariegos in Belize started M&M Distributors almost 20 years ago as an importer of general merchandise and wholesale distributor. Because of "Beyond Silicon Valley," her first MOOC, she joined a weekly discussion meet-up at the U.S. Embassy in Belmopan with other students in Belize enrolled in the course.

After learning how things have been done in Cleveland, Mazariegos has made up her mind to make change locally. "I see the importance of proper funding and philanthropic donors," said Marzariegos. "I will act as a catalyst to get local and international donors as well as government sponsors to come together and plan a way forward for Belize to foster much needed economic development and job creation."

Anyway Samutanda, 31, is from Harare, Zimbabwe. He is working as a Fuels Supervisor for Supreme Fuels Afghanistan and took the MOOC while based Afghanistan's Helmand Province. Samutanda started a company in Harare in 2011 that specializes in scales repairs and maintenance. "The course was an eye-opener to me," explained Samutanda. "I wish my Zimbabwean community could get similar support for its entrepreneurs."

With 23,000 registered students in the course, there was no way my team and I could respond to every question or comment. But advice came in from the students themselves: many were entrepreneurs and thought leaders participating in the course who shared ideas about their own experiences. We are offering the MOOC again starting October 3rd and registration is currently open. We would love more students from around the world like Lyubomir, Yvette and Anyway to join us as we expand the conversation about growing entrepreneurship in transitioning economies.