Elizabeth Boggs Davidsen is acting chief of the Multilateral Investment Fund (MIF)'s Access to Markets and Skills Unit, with expertise in corporate engagement, local development, social innovation, and youth employment. She also advises on partnerships for the MIF's grant and investment activities.

When most people hear the word "unicorn," images of a majestic white horse with a glistening, magical horn spring to mind. However, in business jargon, unicorns refer to privately held startups with market valuations of more than $1 billion--think Uber, Snapchat, and Airbnb--which operate across a range of sectors and are united in using technology as the basis of their business model.

Although these startups have ushered in smart phones, social media tools, and e-commerce retailing that have altered the business landscape, 2016 appears to be the year of the unicorn slayers. Numerous articles have chimed in on the trend, with witty titles like "Expect Some Unicorns to Lose Their Horns, and It Won't Be Pretty," "VCs have 'Dying Unicorn' lists, but they aren't sharing them," and "The impending Unicorn death march."

It seems we are no longer willing to believe the mythologies that surround the unicorns. Smart investors want a real return on their capital: a return that can sustain itself over the rolling hills and into the trenches of follow-on funding that is needed to reach scale. But is it just unicorns that are at risk of extinction? Are other mythical beasts like the dragons--elusive deals that can pay off entire investment funds--next on the hit list? Could even the graceful gazelles - those fleet-footed businesses that grow by more than 20% a year for 4 years--be knocked down?

Unicorns are under scrutiny essentially because they embody over-ambitious valuations. Perhaps the bigger problem is that they value the wrong things. 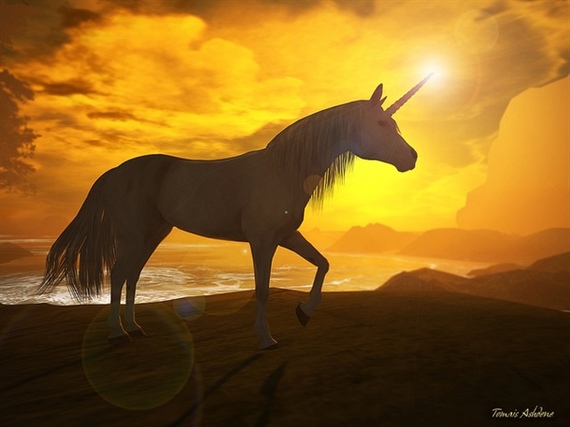 Change is in the air. The New York Times recently reported that U.S. companies alone have $1.9 trillion in cash sitting on their balance sheets. That works out to the equivalent of 1,900 unicorns!

Why are corporations hoarding this capital? Some argue that it's because they sense something big is coming--a deeply disruptive change in their industry, a revolution brewing in the markets. And they see the contours of this new economic landscape already being sketched out as nascent trends start to feel more real. These trends include the implications of a true price on carbon, the opportunities that will manifest with global access to Internet, and the potential benefits of digitally integrated health services. Are corporations holding cash so they are ready to invest and support the harbingers of a new order?

Entrepreneur Peter Diamandis once said that the best way to make $1 billion in the 21st century is to solve a billion-person problem. Perhaps we need to reframe this quote slightly. Instead of chasing the elusive unicorns, maybe we should collectively--as investors, corporations, innovators, and policymakers--search for a different way to measure what actually matters, beyond an arbitrary valuation of $1 billion. We believe more and more investors should be asking would-be unicorns to articulate what kind of impact they want to have and what level of risk they are willing to accept.

The aspirational businesses that will truly define the 21st century--what Klaus Schwab at the World Economic Forum in Davos this year called the 4th Industrial Revolution--will be organizations that apply ingenuity to solve the big problems facing our planet. They will be the businesses that unlock the creativity, empathy, and stewardship the world needs. And they will actively identify the metrics that can demonstrate the progress they are making in solving these problems.

These are the organizations that should be feted and celebrated. They are those that:

The accomplishments of these businesses, innovators, and organizations are much more real and relevant than financial valuations. They affect lives. They make the world stronger. They make us all better.

An important question remains: If the unicorns are dying, what will replace them? The hope is that we will see new, real, and much less mythical beasts emerge. And that they will set the pace for innovation and investment for decades to come.

Charmian Love
Charmian Love, who believes in the power of business as a force for good, is co-founder and non-executive director of change agency Volans, and co-chair of B Lab UK. She is developing a project focused on corporate venturing, called Corporate Impact X. She has an MBA from Harvard Business School.