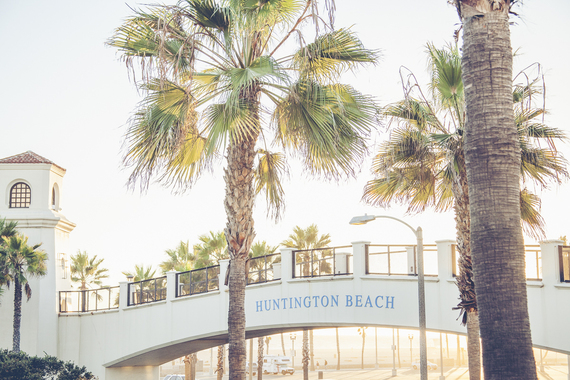 It was a stunning beach setting for an evening of empowerment and education as Dr. Richard Reitherman and I tag teamed to discuss breast health, dense breasts and breast cancer screening. The evening began with a reception, overlooking the Pacific, in Huntington Beach, California. Health care providers, breast cancer survivors and Orange Coast residents listened intently as Dr. Reitherman discussed adjunct screening technologies for dense breasts and I recalled my common story of missed cancer by mammogram. My unanticipated advanced cancer diagnosis in 2004 compelled me to take the bumpy road less travelled, which fueled a grassroots movement across the globe. 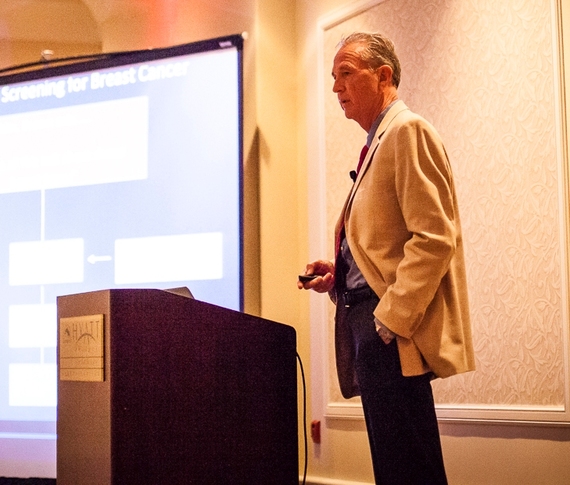 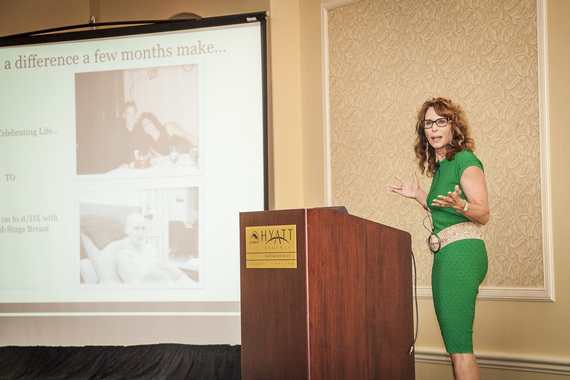 Eleven years earlier, on a cold, dark, snowy evening in February in Connecticut, I arrived a bit early for my 6:30 p.m. appointment to meet with a breast surgeon for the results of a recent breast biopsy. I was more stressed about being on time for my biopsy results than hearing the actual results, as my job at the State Department of Education was in Hartford -- at least an hour commute on a good day, and I left at peak traffic time.

For the past seven days, while I dressed and undressed, my eyes immediately settled on my right breast where the colors of black, blue and now yellow surrounded a small bandage from the needle biopsy. Other than my husband Joe, I only revealed to a few close friends that I had a breast biopsy. I had no anxiety about receiving a cancer diagnosis; after all, the suspicious lesion that illuminated on the ultrasound less than two weeks prior was invisible by mammogram that same day.

For 11 years, with no risk factors for breast cancer, I never missed a mammogram appointment. Like most women, I expected that in the unlikely event that I had breast cancer, it would be found early because of my relentless pursuit of annual screening. Other than having a "ridge" felt by my gynecologist during my recent yearly exam, I never received a call-back for anything suspicious on my previous 11 mammograms. I even dismissed my husband's desire to accompany me to my appointment, as I had full confidence my mammogram results that reported 'normal' six weeks earlier were truthful.

Sitting across the desk from me was a pretty blonde, in her 40s, in high heels. Her lab coat was the only clue that gave away her breast surgeon status. "You have breast cancer," she reported in a matter-of-fact attitude, which I later learned to appreciate. After those four words, all I heard was a garbling of words coming from her burgundy lips. She handed me a "Johnny." My inability to absorb her instructions left me clueless as to whether to tie the hospital gown in front or back. In the examining room, she continued babbling as my mind continued to spin. I was bewildered. I suspected that the biopsy results were incorrect -- after all, I had a normal mammogram two weeks before and never missed an appointment.

After the exam, still wearing my Johnny, I called my husband. With my back side and buttocks totally exposed and a quiver in my voice, I relayed the unexpected news. I made an appointment for us to return to hear the last hour of the breast cancer chatter that I missed. Once home, I called my sister. Joe and I then embarked on a field-trip to visit my mom to relay the cancer news in person. Before this dark day ended, I planned my strategy. I would search the literature on breast cancer and visit my two work colleagues for guidance -- one who had breast cancer 10 years prior and one who was diagnosed within the year. In four hours, my world was turned upside down and my family and I would never be the same post-cancer. In recognition of my 11 years engulfed in patient breast health advocacy, I present 11 Awareness Facts that, at the time of my diagnosis, were unaware to me:

Fact 1: For more than two decades, the scientific literature concludes that having dense breast tissue is the strongest predictor of the failure of mammogram to detect cancer.

Fact 2: As the density of the breast increases, the reliability of the mammogram decreases.

Fact 3: Women with dense breast tissue are 17 times more likely than women with fatty breasts to have an invasive cancer detected 12 months or less after a normal mammogram, referred to as having an interval cancer.

Fact 4: There are four categories of mammographic breast tissue composition, which most likely is reported by the radiologist to the referring doctor that a patient seldom sees.

Fact 5: There are technologies that can significantly detect cancer, invisible by mammography, in dense breasts.

Fact 6: The majority of women who get breast cancer have no known risk factors.

Fact 7: A high risk woman and an average risk woman with dense breasts have an equal chance of having cancer missed by mammogram.

Fact 8: It is not the standard of practice neither to disclose a woman's mammographic breast tissue composition nor to offer adjunct screening post mammogram.

Fact 10: Studies dating back to mid-1970 reveal that having dense breast tissue is also an independent risk factor for breast cancer.

Fact 11: Breast cancer ranks second to lung cancer as the cause of cancer deaths in U.S. women.

This October and beyond, lead the conversation with your health care providers about your personal breast cancer risks. If you are dense, and receive a "normal" mammography report, ask your physician how confident she/he is that cancer is not masked by your dense tissue. Discuss with your health care providers breast screening beyond the mammogram and remember that you are your best advocate. 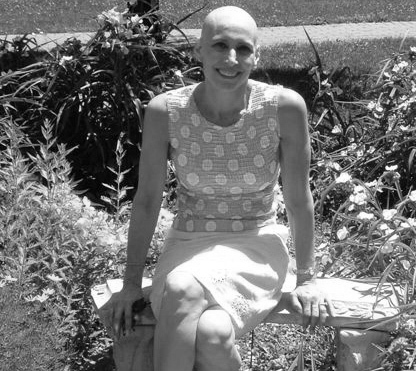