On a trip to Cuba recently, it was clear to me that change is in the air. It wasn't just that President Obama and Raúl Castro had agreed to see if relations could be normalized, nor was it an admission that communism had failed. Rather, it seems to be an understanding that some form of capitalism--private enterprise and private ownership--is sorely needed to breathe life into the Cuban economy. 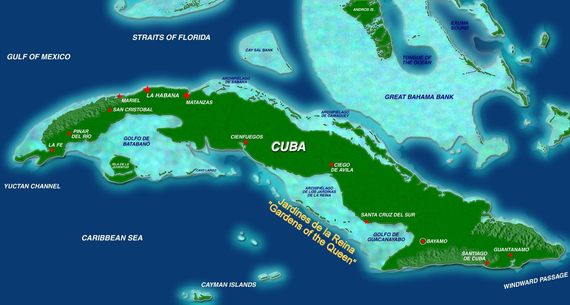 Fidel Castro, coming to power in 1959, was clearly looking to emulate Soviet-style communism. Under his younger brother Raúl, now president, the Chinese brand of "market socialism" may be more appealing. We should be able to work with Cuba, as we have with China, to help the country, and in turn the world, join the global economy in which creativity and entrepreneurship are the benchmarks of successful nations. In the new global economy, cooperation and coexistence are central to success and indeed survival.

When Nixon went to China over 40 years ago, his visit and the communiqué he hammered out was neither well understood nor appreciated. In fact, after Mao, who killed over 200 million Chinese citizens and clearly was a comrade of Lenin's, shook hands with Nixon, prominent Americans--mostly the conservative right wing of the Republican Party--vehemently opposed communism and any relations with communist countries. Yet Nixon persevered, and his contribution lay not merely in his recognition of the need for change but in the political skill with which he developed and executed his new policy.

Like many, I had my own doubts. But China today is not the China of 1972. The "isms" don't mean what they once did, and it is as shortsighted to label countries "communist," "capitalist" or "socialist" as it is to prejudge individuals based on gender, race, creed or color. More important, in the global economy, relationships may differ nation to nation, as is natural, but seeking common ground and common purpose is critical.

China now provides the world with an economic growth engine and lever for global economic recovery. It is also actively seeking to establish new models of relations among major powers and, while sometimes threatening, seldom resorts to violence or war to solve disputes with other countries. While the U.S. has its differences with China, it looks to China to keep North Korea in check, and China recently entered into an agreement with the U.S. to help solve global-warming concerns. China has opened some sectors of its market to competition and joined the World Trade Organization, promising to do more to promote entry to its markets.

I no longer harbor any misgivings about China or the U.S./China relationship, nor am I concerned about changing U.S./Cuba relations. While clearly Cuba isn't China, the shift toward normalization of relations is significant. It is historic.

President Obama sees the same positive aspects of renewing the Cuba/U.S. relationship. He needs to have the Congress pass legislation to lift the embargo in its entirety, but he is not wasting any time but using his executive powers to bring urgency and focus to the relationship.

Last week, the administration announced a loosening of restrictions on travel to Cuba. While still limited to family visits, U.S. government, business, journalism, professional research, educational or religious activities, travel will no longer require a license from the U.S. government. Additionally, American travelers will be able to spend more money on the island and use U.S. bank credit cards that were previously prohibited. They can buy $400 in goods, including $100 of rum and the famous Cuban cigars.

Some of the measures are aimed more directly at helping the Cuban people, such as approval for the commercial sale or donation of computers, phones and televisions. The limit on the amount of money Americans can send to people on the island, known as remittances, will increase to $2,000 per quarter from $500.

Americans might find today's Cuba a challenging place to visit, let alone live. Streets, buildings and homes are dilapidated. Toilets don't always flush, water doesn't always come out of faucets, and all other services, like gas or electric or telecommunications, often simply don't work. Forget about access to the Internet or WiFi in most parts of the country too. 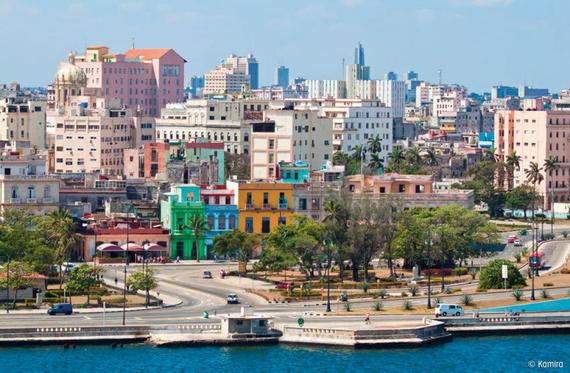 Yet the world may actually learn something by closer American/Cuban relations. Peggy Gaustad, a Cuban cultural expert on the board of the International Folk Art Alliance, which organized this trip, commented, "Despite the difficult living conditions, people are relatively happy." And, why not? Excellent health care is free, as is education too. And Cuban art and culture are revered, accessible and everywhere. 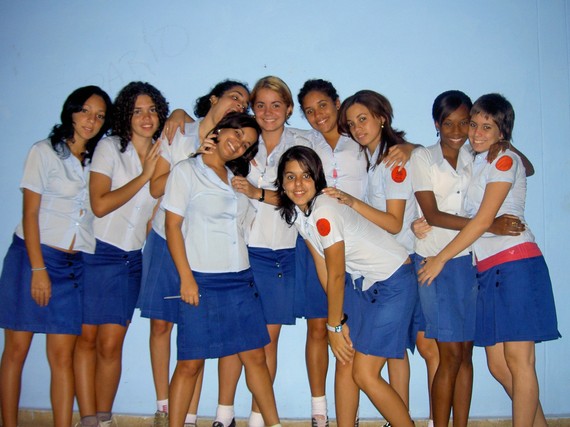 Young people who yearn to be sculptors, or dancers, or visual or performing artists often spend 11 years learning the craft of their choice... all at government expense. Dance troupes, musicians, and painters are some of the best in the world. Moreover, the government funds culture centers in each of its 19 provinces. These centers promote free concerts, nurture local talent, and insure cultural activities are available to everyone. Gas, electric utilities, water, sewage and telecommunications cost citizens a pittance.

Gaustad says Cubans are a proud people, are 100-percent literate, highly value their relationships and cherish their family. How much life will change for Cuba remains to be seen. In the next year alone travel is expected to increase tenfold. As she wished an immigration official well under the new rules likely to emerge over coming months, the official responded, "We don't have much, but we have everything." Given the anticipated increase in visits alone, more needs to done. And quickly. 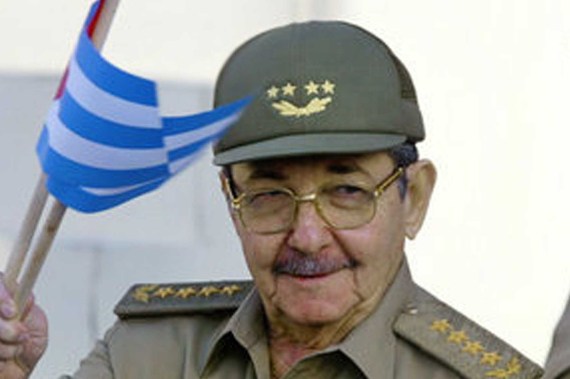 Raúl Castro, who formally took over as Cuba's president in February 2008 and as First Secretary of the Communist Party in April 2011, is, according to The Economist, "trying to revive the island's moribund economy by transferring a substantial chunk of it from state to private hands, with profound social and political implications. He has abolished a few of the many petty restrictions that pervade Cubans' lives."

Raúl seems to be acutely conscious that Cuban communism is living on borrowed time. The economy is grossly unproductive. Devastating hurricanes and the knock-on effects of the global financial crisis on Cuba's tourism and trade offset Venezuelan aid in 2008. The country is running down its capital, but living standards remain frugal.

With the view that "market socialism," as practiced by China, might be the answer to Cuba's economic woes, the country seems to be heading in that direction. Under Deng Xiaoping, who took power in 1978, changes in the economic system were instituted, and Deng is commonly credited as the leader who turned China into the economic world power that it is today. He opened up China to the outside world and industrialized successfully. Raúl can do the same.

A serious problem for Cuba, however, is the enormous pile of American assets seized in 1959 in the process of nationalizing the Cuban economy. As reported by the Boston Globe:

Some of these assets were the vacation homes and bank accounts of wealthy individuals. But the lion's share of the confiscated property--originally valued at $1.8 billion, which at 6 percent simple interest translates to nearly $7 billion today--was sugar factories, mines, oil refineries, and other business operations belonging to American corporations, among them the Coca-Cola Co., Exxon, and the First National Bank of Boston.

The discussions Obama created last December mark the beginning of a change in Cuba/U.S. relations. In all likelihood it will be years before the fruits of these changes are better understood. But they come at a time when, in the wake of globalization, the world is being reborn, and nations are struggling to adjust to a world in which every nation is inextricably connected to every other, and the "isms" of past decades just don't apply anymore.