NEW YORK -- With UFC 205 just days away, and open workouts at Madison Square Garden complete, the remaining athletes on the biggest fight card in MMA history spoke to media before the historic event. 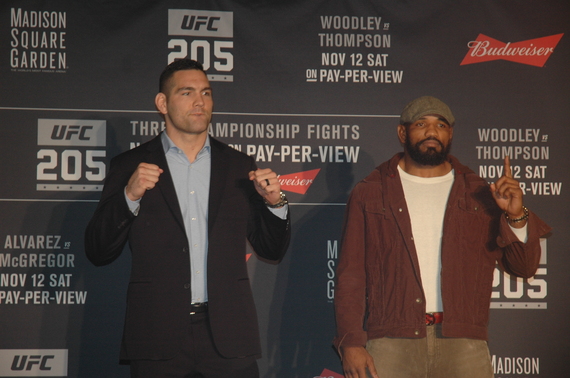 "I'm gonna go in there the way I usually went in there before I lost. So you learn from your losses ... this is the biggest fight of my life because this is my redemption to get back to the title. I win this fight, I'm fighting for the title." 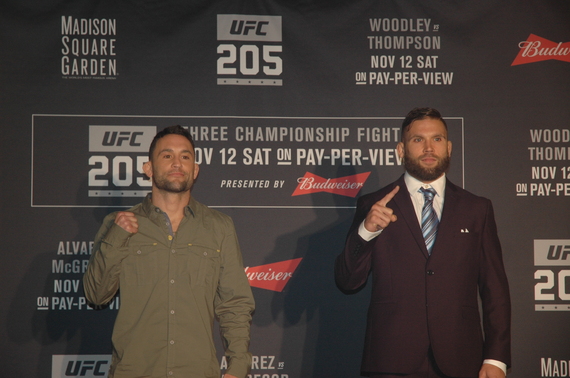 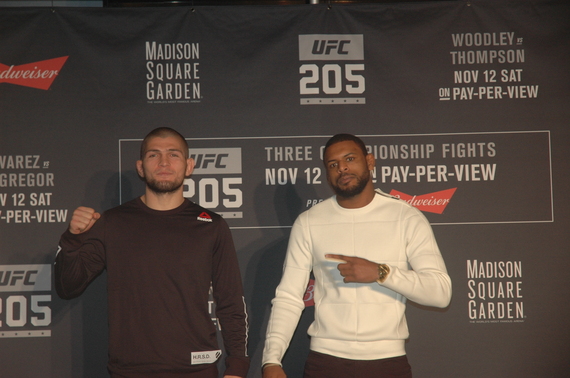 "I think UFC only think about Conor, Conor, Conor ... I [don't] understand. Beginning of year he tap[ped], end of the year he fight for the title ... how are you the greatest if you all the time tap, tap, tap, tap. Two, three times in his career he tapped."

"How he become greatest? Muhammad Ali greatest. He never tapped, he never quit, he never gave up ... Mike Tyson greatest. This situation is crazy ... I hope Eddie Alvarez wins ... because Conor no take this fight. If Conor wins, this makes my situation bad because ... he take different, easy fight, like striking fight. Why he need all 25 minutes defensive wrestling? He don't like this."

"No complications, it would just be very hard to cut off the friendship and the bond that me and Eddie have because he is a true friend and it's hard to find true friends in this business. We've been teammates. I consider him like a brother to me. I've been through him and his hard times, and vice versa ... if that fight with Eddie happens, that's something I'll worry about, but right now, I'm here to support him in his defense" 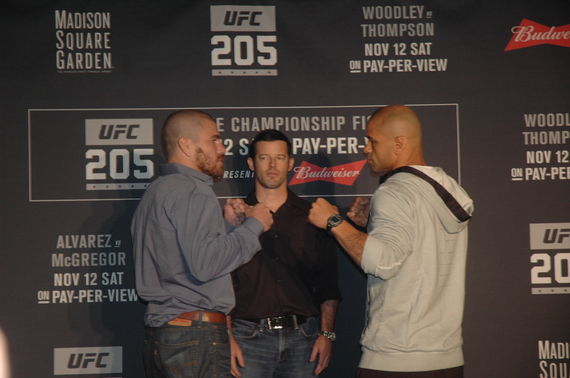 "I've made a career on being aggressive inside the Octagon and taking fights. I've never been the type that tried to pick opponents, so that's pretty cool to be the veteran among this card, to be the guy that's been here the most. I've tried to leave my mark on this sport so far, and I plan on leaving a mark on Saturday."