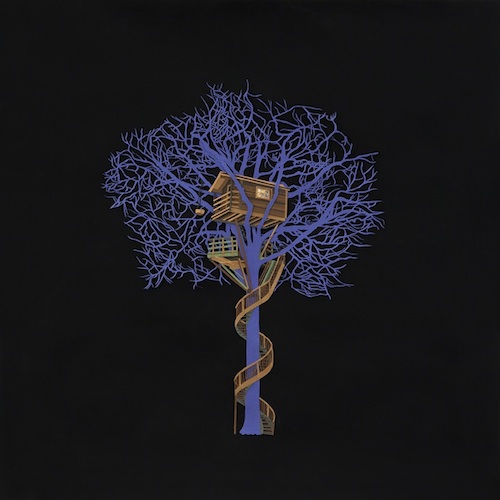 Francesca Gabbiani's art is a feast for the eyes. In her latest collage-based series, she creates fantastical worlds that are both alarming and alluring. Several of the works represent tree houses that seem to float in the ether -- tree houses imbued with a magical quality that tap into childhood nostalgia. This is the kind of place in which you could've imagined spending hours as a kid, hiding from your parents and the world. But the big scary world makes it presence known in Gabbiani's new series: In one piece, a non-descript blue building on an ominous red background has the words "under surveillance" scripted across its side. Is the building under surveillance or has the building put the rest of the world under surveillance? This purposeful ambiguity and the choice of bold colors is jarring. Her dynamic color palette lures the viewer in and, upon further inspection the full meaning of the work is unveiled. This is a technique Gabbiani favors, and it's effective in engaging viewers, from newly minted art fans to long time veterans. Whenever I bring her name up to friends and colleagues, their eyes light up and they're enthusiastic in wanting to discuss her work. So, I look forward to sharing my recent visit and interview with Gabbiani. I stopped by her studio in Los Angeles just as she was putting the finishing touches on a series that was shipped out to Milan a few days later for her new show.

Yasmine Mohseni: Tell me about your upcoming exhibition.

Francesca Gabbiani: The title of my show at Monica De Cardenas in Milan is Lookouts. This title alludes to a sense of home, an idealistic place where you can look at the world while being protected. The word also echoes a sense of fear that will bring anxiety the more you think of it. That double meaning is the essence of the show: my collages are of places that travel from utopia to dystopia. 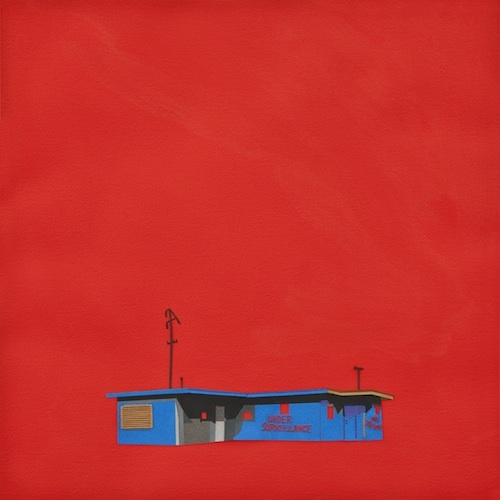 YM: Describe your style.
FG: I draw with paper; or rather I draw with an exacto knife, cutting shapes that will be glued on paper. I also sometimes use gouache and acrylic. I attempt to make images that are entrancing in terms of colors and aesthetics. For me, colors are a way of enticing people, of seducing them. The rest of the meaning will reveal itself later in a mental gaze. Ideally, all viewers should be able to find a special sight in them, even if it's far from my original thought or intent with the work. 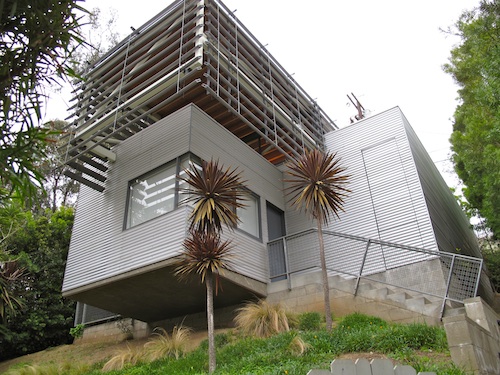 YG: Why did you become an artist?
FG: I don't think I chose to be an artist, I think I've always been one. It was just a matter of time until art would cross my path and engulf me. In the beginning, art was a new world for me where people could share my thoughts and have a similar sensitivity to aesthetics. I love to make art, to draw, to cut, to glue and to think about what I want to make. I love the crafting as well as the thinking, the research, the gathering and collecting of bits and pieces, of images, of information that make my craft somehow become art.

YG: Which single artwork in art history has inspired you the most?
FG: There are so many... It is difficult to choose. Today I would say the "Merda di Artista" by Piero Manzoni (1961). I found that his attitude towards the art world and the consumerism it entails is... let's say quite funny and uplifting... ! Tomorrow, it might be a piece by Agnes Martin or a drawing by Ken Price. 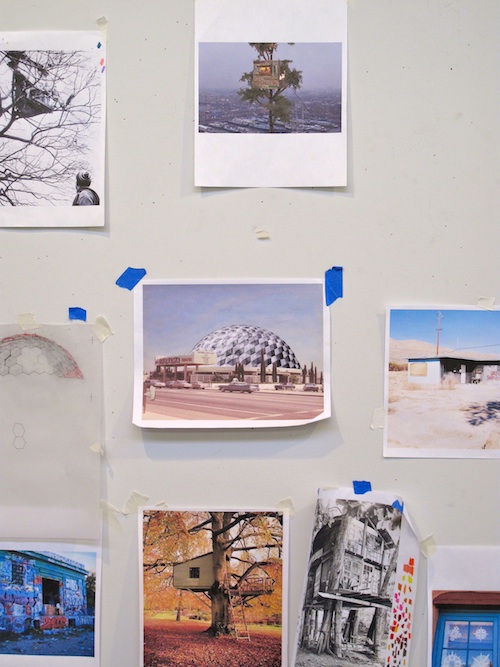 YG: Which artists (living or dead) do you find most inspiring?
FG: Maria Sabina, Terence Malick, Rene Daniels, Ken Price, Roberto Bolaño, Ana Mendieta, Agnes Martin, Raymond Pettibon, Amy Gerstler and Richard D. James are a few of my heroes. Nowadays, it's very difficult to separate the artist from the art world. I think artists should separate themselves more. There is so much agreement between the two worlds that I wonder sometimes, where are questions posed and where are meanings challenged? Or does that not apply anymore? 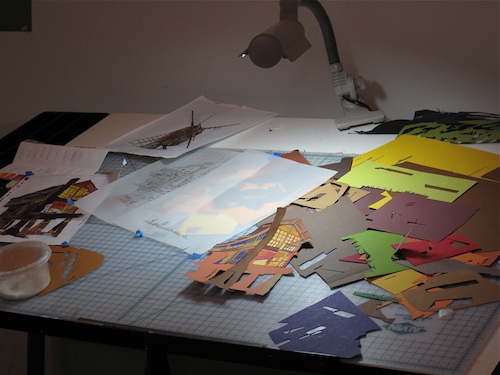 Francesca Gabbiani's solo show, Lookouts, is on view at Monica de Cardenas Galleria in Milan through May 5, 2012. 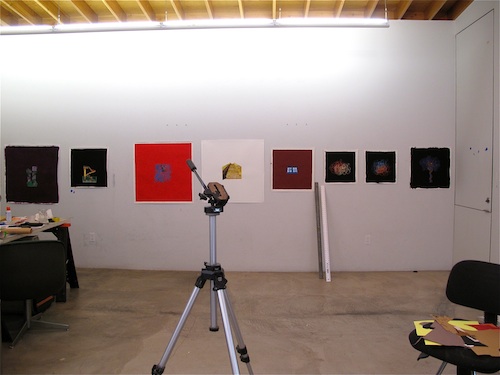 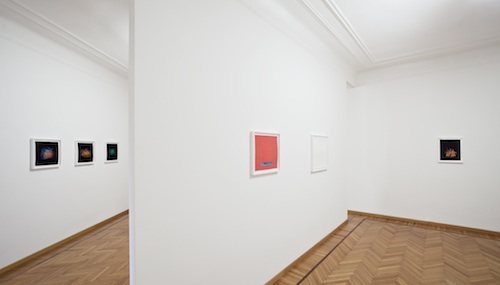