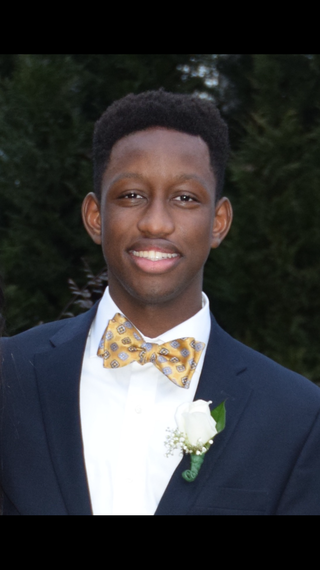 "Let's briefly go over how the code works. We don't want to lose our audience..."

Audience? Is that really me--the kid who once feared center stage-- leading a group at Caltech with the prescription for the perfect presentation? My journey towards valuing audience and setting my own stage goes back to Dad's prodding: "Christien, go tickle the keys."
That was Dad's way of saying practice the piano.

The younger me preferred dreaming of inventions--a hoverboard or a version of Tony Stark's "Jarvis." Science and discovery consumed me. Piano seemed irrelevant to plans to be an innovator. However in seventh grade, piano propelled me beyond that narrow lens.

"Would you be interested in playing during town meeting?" Mr. Sepkowitz, the middle school principal, startled me with this question.

Swallowing the lump in my throat, I replied, "Sure."

Behind my gleaming 12-year-old eyes, a voice yelled, "Don't do it!"

My terrified mind raced with the thought of hitting a wrong note in the middle of a piece, and being unable to finish.

I chose a piece I knew well: Guitars of Seville, and began practicing tirelessly. Then Mr. Sepkowitz checked in about the performance: "You'll probably be playing two pieces, right?"

My heart skipped a beat. I thought, I'm reluctant to play in the first place, and now --two songs? After a brief pause I replied, "Yeah, of course."

I could not rely on the crutch of a familiar song. I selected Clementi's Sonata in C, Opus 36, Number 1, a more challenging piece. I practiced relentlessly after school every day. Lagotto here, with the sustain pedal; then staccato, no sustain, then lagotto again; now a crescendo; finally a ritardando.

Before I knew it, performance day arrived and Mr. Sepkowitz announced, "...Christien Williams will be playing for us this morning." Descending the bleachers and sitting at the piano, I masked my anxiety.

My fingers overcame their tremors and glided across the piano, not missing a key.

When I hit the final key, the crowd erupted in a standing ovation, with some in the audience even crying.

I later realized that my performance transcended piano. A year later, I carried this new confidence to my interest in student government. Walking onto the stage, not to a piano stool but to a podium, I delivered my election speech --the first of many-- to become student body president. I was slightly intimidated, yet prepared. I began with my slogan: "My name is Christien Williams, and I'm here to do what's right!"

The 7th-grade performance that once ignited stage fright became my catalyst to occupy podiums and preside over student government meetings. From freshman class rep to student body president, I journeyed through high school student government positions requiring me to learn from being on center stage. Soon, I married my knack for student government with my love for math and science, which helped me pursue my interests in engineering.

Still a dreamer in high school, I acted on those dreams by pursuing inventions every summer. At UVA, I programmed computers to make digital images that turn geometry into art. At East Carolina University, I worked in a lab to autonomously control a robot with human thoughts. Then there was Caltech, where I was on a team of students that programmed our own version of the snake game. Through each project, I sometimes found myself drawing on those lessons from the piano and the podium.

At Caltech, studying functions and loops consumed my days while I prepared for my team presentation. Emerging as the leader of my group, my leadership skills emanated in preparing our presentation. I pushed the team to focus on audience. The overwhelming nerves that preceded my 7th grade moment were absent when I presented to Caltech professors. Perhaps the biggest lesson of all, innovation cannot carry itself without communication and presentation skills. Maybe playing the piano was more than just tickling keys.

Christien S. Williams graduated from Charlotte Country Day School last weekend and will be a freshman at MIT in the Fall.