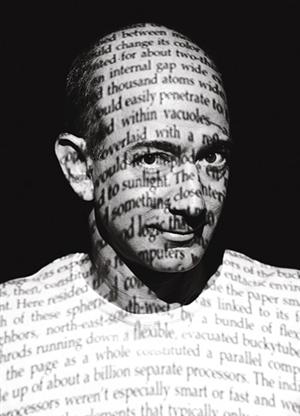 There are billionaires, and then there are the mega-billionaires. While Bill Gates, Warren Buffet and Carlos Slim are typically viewed in the stratospheric category, less attention is paid to who might be joining that group very soon. Jeff Bezos will be one of those to rocket past the $20 billion mark in short order.

While many critics counted out Amazon for years as it expanded to new verticals instead of remaining just a bookseller, the numbers tell the story of Amazon's transformation into a key pillar of online commerce. Jeff Bezos today is worth just over $11 billion in Amazon stock, but is likely to be worth far more if current trends continue.

Ecommerce today represents either 3.5% or 7% of all US retail sales - the latter figure excludes gasoline and other items not readily available via online purchase. Let's use the 3.5% number to be conservative.

Whether or not the economy rights itself, ecommerce will continue to take more market share of the retail sector. If online sales grow to 7% of all retail by 2015 and Amazon just remains in its current market share position then Amazon will double in sales in that time.

Amazon is ruthless on cost containment and so can be expected to produce twice the profits if not more due to economies of scale. Amazon currently operates on trailing twelve month (ttm) margins of 3.7%. They can probably improve margins to 5%. Even if their P/E ratio comes down they can still maintain a strong market cap. Thus a company with a market cap today of $55 billion will likely top $100 billion. That will peg Bezos' worth at $22 billion.

Amazon, though, is not just about ecommerce. Amazon Web Services (AWS) is a relatively new offering from the company that critics often jeer. Yet, AWS may end up serving as another growth platform for the company that brings them squarely into the enterprise arena. There is certainly a long way to go there, but to take even a small slice of the $1 Trillion market for IT will be significant.

Let's assume that in 5 years Amazon can produce $1 billion in revenues in its hosted AWS platform. This revenue stream will yield a higher margin than ecommerce - probably in the 10% range - resulting in additional $100 million in profits and adding further to the market cap.

Add to this the revenue juggernaut of the Kindle and online downloads and you have the potential to add another $10-20 billion in market cap. Online downloads require no warehouses and no shipping -- higher profit margins once again.

I would thus peg Bezos' net worth from his Amazon stock at $25 billion within 5 years.

Add to this his investments in other platforms. With Blue Origin, Bezos intends to join in on the commercial space sector growth. NASA just awarded $3.7 million to Blue Origin to continue development of its spacecrafts.

It is difficult to ascertain the value of a private company such as Blue Origin, but if they execute on plan and take a 5-10% market share of NASA and other space business, the company will be worth on the order of $1-5 billion in 5 years. Bezos owns nearly the entire company.

Adding this all up, it is clear that if Amazon and other Bezos ventures continue to execute, Bezos will first zip past the $20 and then the $30 billion mark.

While many in the Forbes 400 have money from inheritance or from a company sold long ago, Jeff Bezos is on an escalator up the value chain that can land him a in rarefied circle of entrepreneurs.