The bialy is like the bagel's older, less famous cousin who gets more handsome the longer you look at him. If you live outside of New York City, LA or a few very select spots in Chicago and Florida, you might have never even heard of bialys, but that should definitely change. Bialys show up anywhere there is a significant Jewish population -- they're Polish, by origin (from Bialystok!), but have been adopted by American Jews for just about as long as there have been American Jews. Here are a few reasons why bialys will always be better than bagels. 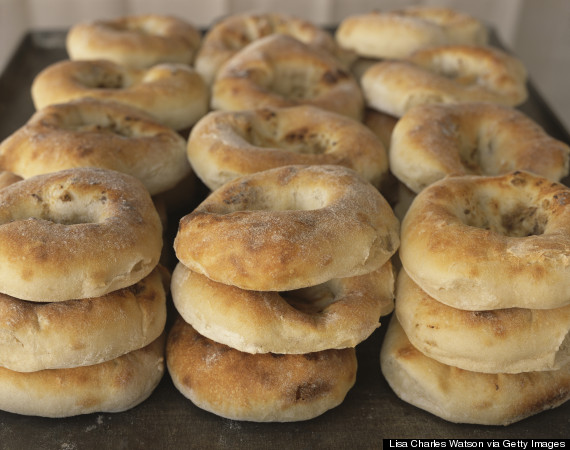 You can eat one with your breakfast and you won't feel so full you are going to die.

You know the RAGE you feel when cream cheese falls out of the bagel hole? The bialy has no hole, only a slight depression to hold more goodies. 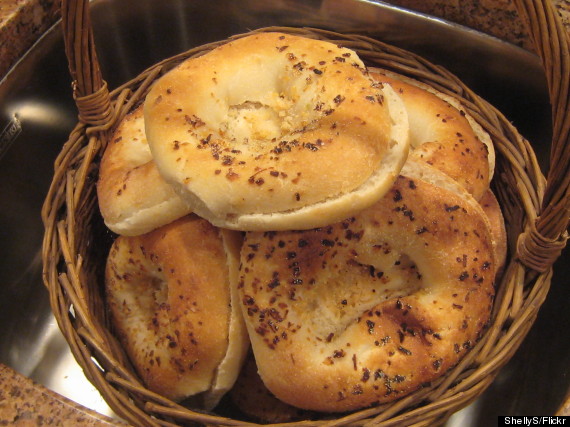 If you do not live in a place blessed by bialys, you can try your hand at making them yourself, or you can get the OG of New York bialys, Kossar's, to ship you a few dozen (but they really are best the same day they're made).