I respectfully appeal to you to exercise your constitutional authority with regard to the clemency process for Troy Davis, who is scheduled to be executed by lethal injection in Georgia at 7pm on 21 September, 2011. Executive clemency is meant to be a failsafe where the courts have been unwilling, or unable to act.

In this case the US judicial system has failed to establish Mr Davis's guilt beyond reasonable doubt. To execute him under these circumstances would be an appalling miscarriage of justice.

I urge you to take the opportunity of the clemency hearing today, the 19th of September, to grant clemency to Troy Davis and halt a wrongful execution.

Troy Davis was sentenced to death in 1991 for the murder of off-duty police officer Mark Allen MacPhail, who was shot dead outside a Burger King in Savannah, Georgia in 1989. Officer MacPhail was intervening on behalf of Larry Young, a homeless man, who was being harassed in the parking lot of the Burger King.

Troy Davis's case presents disturbing facts that should not be disregarded.

The dubious nature of the evidence in this case is cause for grave concern. The Board of Pardons and Paroles has recognised this in the past: In 2007 Troy Davis was less than 24 hours from execution when the Georgia Board of Pardons and Paroles issued a stay. The Board said that it would not allow an execution to go ahead "unless and until its members are convinced that there is no doubt as to the guilt of the accused". Since then Troy Davis has faced two more execution dates, both in 2008, which were stayed by the courts. The doubt surrounding his guilt has yet to be lifted.

According to Amnesty International, "one of the two witnesses who has not recanted his testimony is Sylvester "Red" Coles -- the principle alternative suspect, according to the defense, against whom there is new evidence implicating him as the gunman. Nine individuals have signed affidavits implicating Sylvester Coles."

One of the witnesses who appeared at a June 2010 evidentiary hearing was Benjamin Gordon, who, at the 2008 hearing, had signed a statement that an alternative suspect had told him that he had shot Officer MacPhail. At the hearing, Benjamin Gordon asserted for the first time that he had actually seen this individual shoot the police officer. Benjamin Gordon, who had just turned 16 at the time of the crime, again alleged that he had been coerced by police into signing a statement implicating Davis. He said that he had not come forward sooner with the assertion about seeing who shot the officer out of fear, and that he had decided to "come in today and just let the truth be known." Judge Moore, however, concluded that Benjamin Gordon was "not a credible witness."

Troy Davis's case has been through the appeals process, and serious doubt over his guilt remains. Much of the evidence has been recanted, and it is far from conclusive.

As you know the Fifth and Fourteenth Amendments require proof "beyond a reasonable doubt of every fact necessary to constitute the crime with which he is charged." This conditions have not been met in the case of Troy Davis. To execute him under these circumstances would be a travesty. The many doubts surrounding his guilt make Mr Davis the ideal candidate for clemency.

The US judicial system has failed to establish Mr Davis's guilt. There are serious questions as to Troy Davis's criminal liability. I appeal to you, as the official charged with the task of acting as Georgia's final legal failsafe, to grant clemency to Troy Davis before a wrongful execution takes place.

Officer Mark Allen MacPhail was killed while off duty, during an act of bravery, while trying to keep the peace. His murder was a terrible crime and a tragedy. His family and friends have my deepest sympathy. The murderer of Officer MacPhail must be brought to justice. However, justice will not be served by executing Troy Davis.

Whether one supports or opposes the death penalty, a central tenet of the American justice system is that those who receive the government's harshest punishment, the death penalty, must have been proved guilty beyond reasonable doubt. Too many troubling doubts remain in the case of Troy Davis.

I respectfully appeal to you to use the opportunity of the clemency hearing today, Monday the 19th of September to grant clemency to Troy Davis and halt this wrongful execution, once and for all.

If the death sentence is carried out in this questionable case, it will be an egregious miscarriage of justice, which will shame both Georgia and the US legal system. Troy Davis's execution would only serve to complete the cycle of violence. By commuting his sentence, the state of Georgia will demonstrate her unwavering commitment to upholding the law, and the principles of fairness and justice. 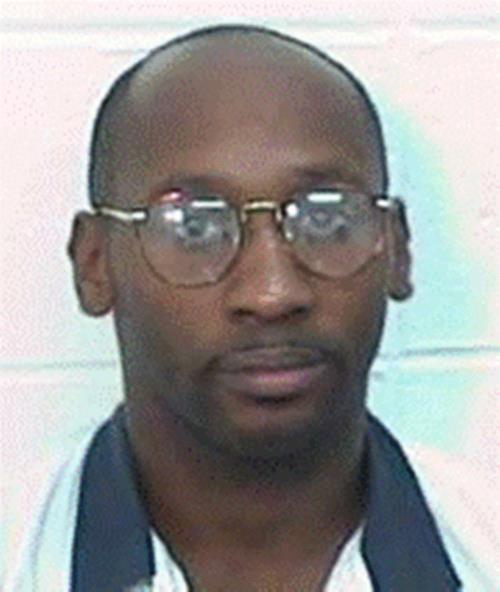 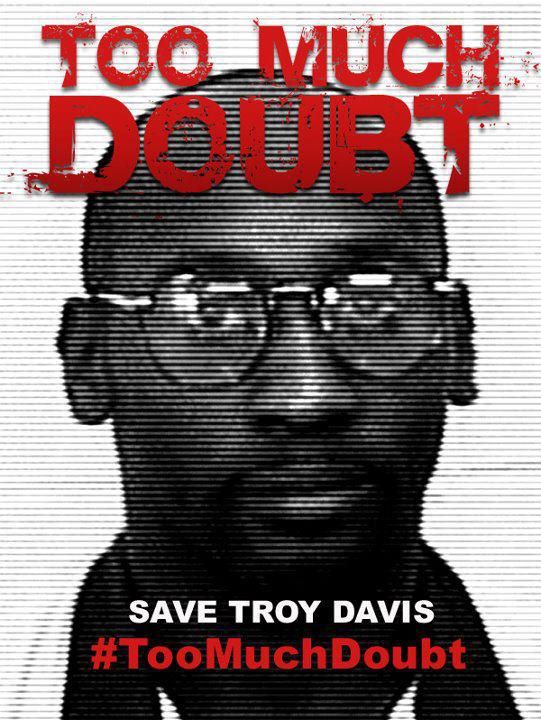