Authorities in North Carolina have issued an arrest warrant for the boyfriend of a missing elementary school teacher.

Bianca Richardson Tanner, 31, was last seen at the Charlotte home of her boyfriend, Angelo Grayson Smith Jr., on June 7, police said. What happened to her after that remains a mystery.

A search warrant obtained by the Charlotte-Mecklenburg Police Department on June 10 alleges Tanner's 3-year-old son told police his mom and Smith were involved in an altercation prior to her disappearance.

"Mommy got a spanking with a belt," the boy said, according to the search warrant.

"Angelo kicked mommy's butt and made her cry," the boy continued, adding, "Angelo is mean to mommy and hurt mommy in the face." 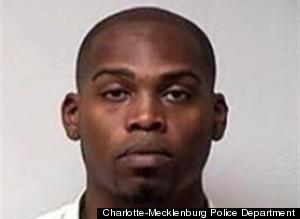 Questioned by police, Smith allegedly said he and Tanner got into an argument over a text message on the night of June 7 and Tanner left his home "intoxicated."

During a search of Smith's residence, authorities took several items, including a laptop, cell phone and bedding that was found in a trash receptacle.

The search warrant also reveals Smith has an outstanding warrant for domestic battery in Arkansas. It states the victim in that case told police Smith "threw her onto the bed and covered her face, both mouth and nose, with his hand smothering her."

In addition to the Arkansas warrant, the Charlotte-Mecklenburg Police Department has issued an arrest warrant for Smith for contributing to the delinquency of a juvenile. Jessica Lawrence Wallin, a spokeswoman for the police department, told The Huffington Post Wednesday that the victim in that case is Tanner’s son. No additional details were immediately available.

Authorities have not yet named Smith a suspect or person of interest in Tanner's disappearance.

While she had recently relocated to Charlotte from Greensboro, Tanner was commuting to Reedy Fork Elementary School in Greensboro, where she is a second grade teacher.

Friends and family members have established the "Find Missing Bianca Tanner" Facebook page to share information in the case and an account to assist her family with search-related expenses has been established at gofundme.com. Donations can also be mailed to Bianca Tanner/Bianca Richardson & Family, P.O. Box 14361, Greensboro, NC 27415.

Anyone who knows the whereabouts of Tanner or Smith is asked to call Detective Faulkner at 704-336-8970.