The Museum of the City of New York celebrates and interprets the city, educating the public about its distinctive character, especially its heritage of diversity, opportunity, and perpetual transformation.

The Museum is currently in the midst of a multi-year project to digitize its photographic and works-on-paper collections and has already uploaded more than 62,000 historic photographs of the city to its online Collections Portal. Visit the site to explore the city's past.

May is National Bike Month and we are pleased to offer a look back at the heyday of bicycling in the city. Don't forget to ride your bike to work during Bike to Work Week, May 16 through 20. 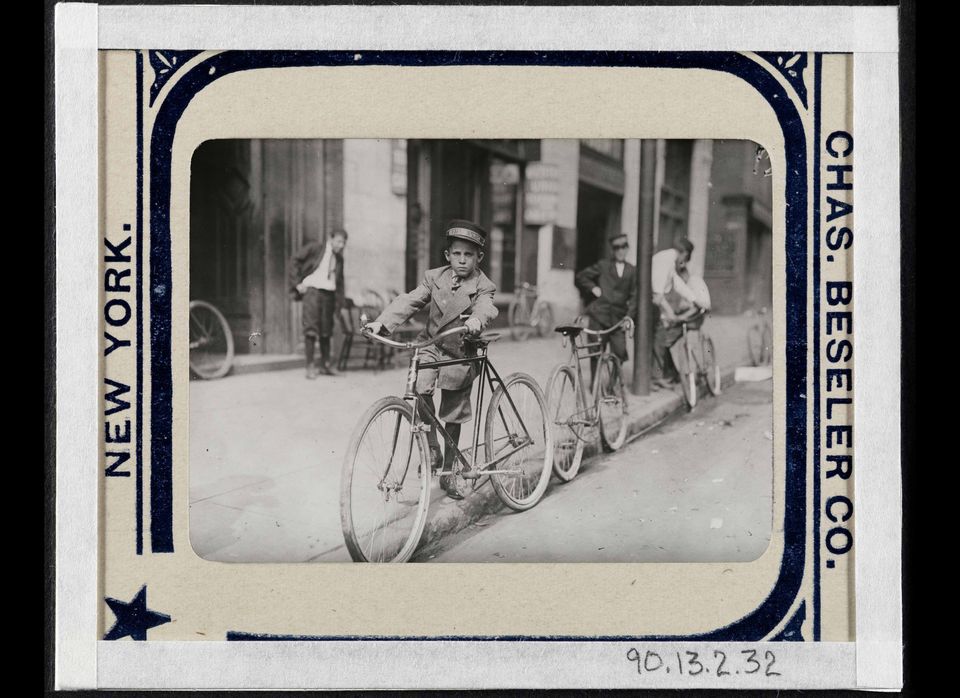 1 / 15
Organized Charity. Night Messenger Service.
<a href="http://collections.mcny.org/mcny/C.aspx?VP3=LoginRegistration_VPage&L=True&R=False#/ViewBox_VPage&VBID=24UP1OQQRHA7&IT=ZoomImageTemplate01_VForm&IID=2F3XC5EB39Z&LBID=24UPFQ05A8&PN=1&CT=Lightbox" target="_hplink">Organized Charity. Night Messenger Service, ca. 1890, Jacob A. Riis, from the Collections of the Museum of the City of New York. </a> Night messengers were young boys who delivered telegrams for telegraph offices and ran errands on the side such as fetching cigarettes and delivering notes. Child labor activists were concerned that the boys were being exposed to immoral elements since much of their night trade was with brothels and nightclubs and they were often asked to fetch or deliver illicit substances. New York was among the first states to enact a law prohibiting anyone younger than 21 working as a messenger after 10:00 p.m.