Today all eyes are on our climate crisis and we have Tim DeChristopher to thank. I've been paying close attention to the landmark trial of Tim DeChristopher, the University of Utah student and environmental advocate accused of disrupting the Bureau of Land Management (BLM)'s illegal auction of parcels of undeveloped federal properties to natural gas and oil exploration. When I read the news at work that the jury had just received their instructions from the judge and would leave to deliberate the case against DeChristopher I got up from my desk walked to the bathroom, I locked the door, dropped to my knees, and began praying for him. 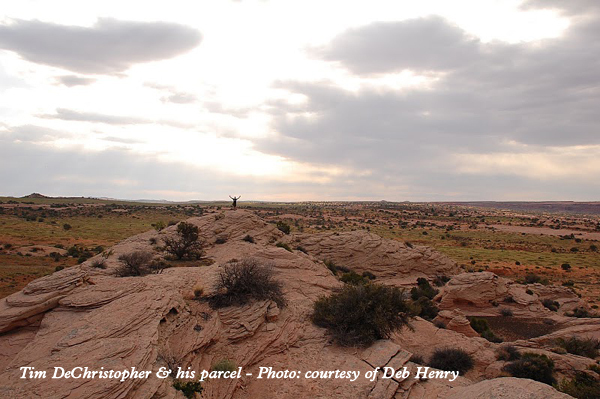 I had been in shoes like DeChristopher's once as a defendant in the SHAC7 trial. I felt some of what DeChristopher felt as the jury walked out of the courtroom; an overwhelming rush of emotions, an unmeasurable mixture of fear, pride, disgust, and anxiousness. Your mind begins to play out scenarios of what the jurors are thinking, saying to each other and how they will rule... will they weigh in only on the judge's instructions or will their hearts prohibit them from delivering a miscarriage of justice? These questions and the various outcomes dance in your mind, you sweat, you're pretty sure you can actually feel the weight of the world on your shoulders, and all you can do is wait. You may try to deal with the waiting quietly while some of your friends are protesting outside with placards with your name on them, others are blogging and tweeting updates and rallying support on the web, some pray, some cry, some yell, some sing.

When the verdict was returned yesterday at 4pm EST, the nation gasped. The Internet then jerked like a knee struck by a mallet, tweets saturated the web with court updates, info on climate change, and links to photos of the pristine parcels adjacent to Utah's Arches and Canyonlands National Parks that DeChristopher allegedly placed bids upon. What was, to some, mere campaigning rhetoric and well crafted sloganeering all of a sudden became a harsh reality. We were literally fighting for our futures, and Tim DeChristopher was one of our first voluntary casualties.

"I understand that prison is a very horrible place, but I have been scared for my future for a long time and I think the scariest thing that I see is staying on the path that we are on now. Obedience, to me, is far scarier then going to prison," - DeChristopher told the New York Times.


Some people doubt whether or not they can risk their own freedom to fight for what is right. I submit to you that most people don't plan to do so until the moment of action presents itself upon them and its only then they understand the fate they are about to choose. Such was the case for Tim DeChristopher. When he entered that BLM auction room he did not have a premeditated plan, he did not have a specific criminal intent, all he brought with him that day was his backpack filled with books from school and a dream of a peaceful, more sustainable future, for the earth and the human and non-human animals that share it. He was lead to a table with registration forms, handed a paddle with the number 70 on it and directed to the bidding room. Perhaps without even realizing it DeChristopher's confidence and creativity had placed him in a seat directly between the pristine Utah parcels slated for lease and the vampiric oilmen who sought them. ...He raised his paddle. 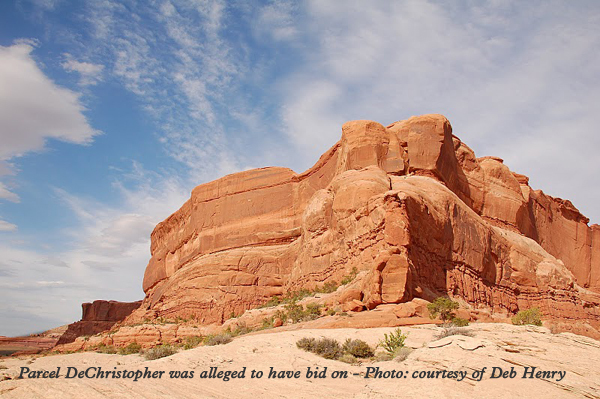 This moment was more then a crossroads for DeChristopher personally, it was also a crossroads for the global movement of climate change activists, DeChristopher chose to act and his creative response put a bookmark in the history of unbridled industrialism and wanton disregard for the natural world. His selfless act of non-violent, creative, civil disobedience provided a refreshing break in the monotony of typical protests. His actions highlighted the power of a single individual to challenge injustice wherever we see it, whenever we see it, with whatever resources are available to us. Tim DeChristopher did more then challenge the illegal sale of BLM properties, he opened our eyes, he set a fire inside our hearts.

Tim has shown the power of civil disobedience to shine a light -- the government should be giving him a medal, not a sentence, and in time this will be recalled as a key early battle in the century's long fight for a livable climate.

Just in case the federal government thinks that it's intimidating people into silence with this kind of prosecution, think again. In fact, this is precisely the sort of event that reminds us just why we need a real, mass mobilization to stop the climate crisis. - Statement from Bill McKibben on 350.org

The guilty verdict levied against DeChristopher is only a victory for the prosecution if it creates a chilling effect on the activist community. The case against DeChristopher has indeed had the opposite effect, the activist community has been invigorated by this weeks events, by the outpouring of solidarity, and by the subsequent mainstreaming of the climate change narrative. DeChristopher and his supporters have shown us that together they are strong and the fire that Tim set in their hearts when he raised that paddle is a fire that is spreading. The following are Tim DeChristopher's words as he walked out of the courthouse yesterday.

"Everything that went on inside that building tried to convince me that I was alone, and that I was weak. They tried to convince me that I was like a little finger, out there on my own, that can easily be broken. And all of you out here were the reminder, for all of us, that I was... connected to a hand, with many fingers, that could unite as one fist. And that fist could not be broken by the power in there... All those authorities in there wanted me think like a finger. But our children are calling to us, to think like a fist."

Be a part of Tim's vision, please visit http://peacefuluprising.org

To get involved with the global movement to stop the climate crisis, please visit http://350.org.