A new $10 million federal grant will help the port of Baltimore keep pace in the dynamic global shipping economy, while creating "jobs you can raise a family on, middle-class jobs," Vice President Joe Biden said during a visit to the port on Monday.

Biden praised the city's port for contributing to the nation's ongoing economic recovery.

"This grant is going to help take this historic port to a new level," Biden said.

Biden visited the port's Seagirt Marine Terminal in Dundalk more than a week after the Maryland congressional delegation announced the grant, which will help pay for improving access to that terminal and an expansion of Fairfield Marine Terminal in South Baltimore.

Fairfield is the port's facility that handles its thriving roll-on/roll-off business for vehicles. Baltimore is the nation's No. 1 port for such vehicle imports and exports.

The $10 million, Transportation Investment Generating Economic Recovery, or TIGER, grant, will be matched with $19 million in state funding.

The money will be used to:

-- Deepen the access channel to Seagirt, which would allow the largest containerships to reach the port's most modern container terminal;

-- Use dredged materials from the deepening project to fill an obsolete basin at Fairfield, adding 7.6 acres of storage land and allowing the port to handle 20,000 more vehicles a year;

Before the vice president's remarks, Maryland Port Administration Director Jim White briefed Biden about the port with Mark Montgomery, president of Ports America Chesapeake, which operates Seagirt as part of a public-private partnership with the state.

White said he was "shocked" by Biden's understanding of the port and the importance of international shipping.

Biden spoke against a backdrop of Seagirt's towering new cranes unloading containers from a cargo ship. The cranes quickly lifted yellow, red and blue containers full of clothes, electronics and other items off the MSC Vittoria and onto waiting trucks, a long stream of which kept operations flowing.

O'Malley, Mikulski and Cardin each spoke as well, calling the port an economic engine for the state and a powerful sustainer of regional jobs.

Amid his remarks, Biden said his family traces its roots back to Dundalk nearly 100 years ago.

"That's where they used to live," he said -- but they wouldn't recognize it today, in part because state officials have for decades been committed to growing and modernizing the port to keep pace with an ever-changing global shipping industry.

"They would marvel at what's happened here," he said of his Dundalk ancestors. "This is an extraordinary facility."

PHOTO GALLERY
Biden at the Port of Baltimore 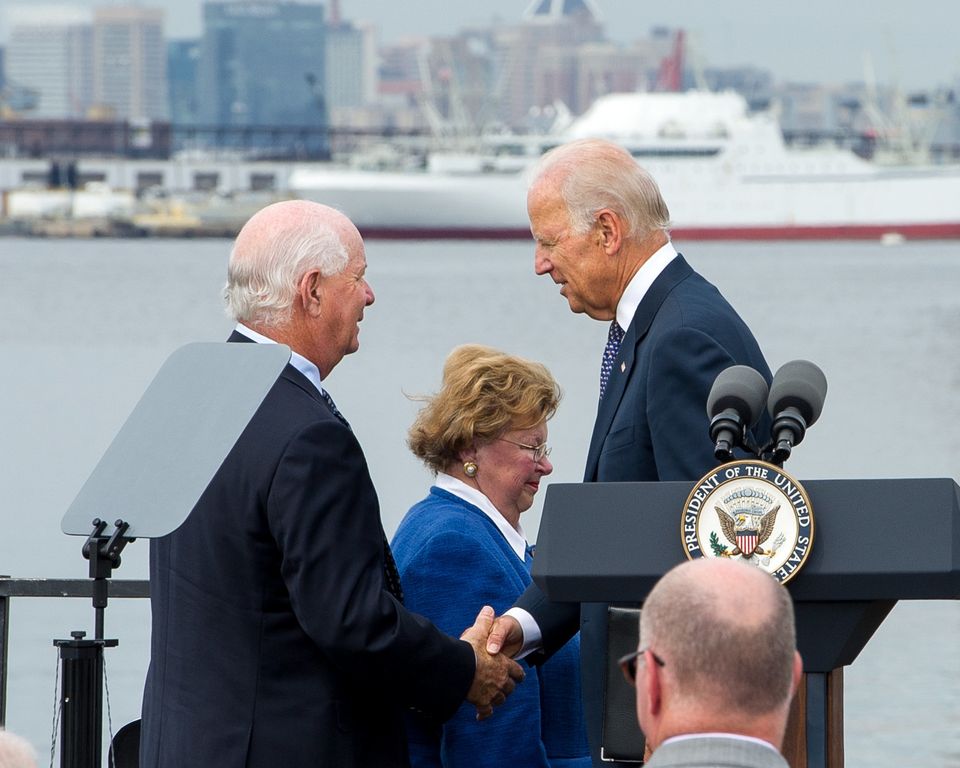