If former Vice President Joe Biden takes up residence in the White House in January, Americans can expect a very different approach to confronting the coronavirus pandemic than they’ve seen from President Donald Trump.

One enormous change would simply be the difference in tone and attitude. Biden would be unlikely to deny the severity of the pandemic, encourage Americans to ignore basic safety precautions, tout miracle cures or promote advisers who spread misinformation, as Trump has done over the course of the outbreak.

“I’ll immediately put in place a national strategy that will position our country to finally get ahead of this virus and get back our lives,” Biden said in Wilmington, Delaware, last Friday.

“I’ll reach out to every governor in every state, red and blue, as well as mayors and local officials during the transition, to find out what support they need and how much of it they need. I’ll ask the new Congress to put a bill on my desk by the end of January, with all the resources necessary to see how both our public health and our economic response can be seen through the end,” Biden said.

Contrast that with Trump’s repeated insistence that “we are rounding the corner” on the pandemic and the White House’s declaration of victory over the virus even as cases rise to record levels and nearly the entire country is trending in the wrong direction. Compare Biden’s plan to White House Chief of Staff Mark Meadows’ statement on Sunday that “we’re not going to control the pandemic.”

Biden would employ a different rhetorical approach, but he’d also vowed to make significant substantive changes in the federal response to the spread of COVID-19. Americans would hear less from the White House and the president’s political appointees, and more from scientists, physicians and officials at the Centers for Disease Control and Prevention, the Food and Drug Administration, and other key health agencies. The CDC would hold daily briefings on the status of the outbreak and the government’s response.

“They need somebody to take command of the national response whose goal is to resolve the outbreak because resolving the outbreak will improve the economy,” said Georges Benjamin, executive director of the Washington-based American Public Health Association.

Under Biden’s plan, the federal government would take a more hands-on approach to increasing the supplies of vital materials like COVID-19 tests and personal protective equipment for health care workers, including by more aggressively invoking the Defense Production Act to compel companies to manufacture more supplies.

“The current administration has done a lot of stuff. But it has been kind of haphazard and, in many ways, it’s not been based on a strategic plan and it has not leveraged all the people who could help them do what they do,” said Benjamin.

Testing strategies and contact tracing would also be more coordinated at a national level. Schools and businesses would have national guidelines as a reference to help them safely remain open or reopen. Biden favors a national mask mandate, although the White House has limited authority to declare one, so this would require coordination with state and local governments.

All of these are time-tested public health strategies to track and reduce the spread of the virus, instead of improvising and pretending the crisis isn’t real.

Much has been made of the Trump White House closing the pandemic preparedness office that President Barack Obama created and tossing aside the Obama White House’s pandemic response playbook. But that office and that playbook didn’t reinvent the way infectious disease outbreaks are managed; they existed to put best practices in place quickly during an emergency.

That’s not to say a Biden administration would be guaranteed to beat the coronavirus, at least not right away.

The results of public health interventions are always at least a little uncertain, and this virus has proved a tenacious foe. Even the ideal approach isn’t likely to produce a rapid turnaround in the pandemic, which has spread to the entire nation and is worsening. And Biden would still face political opposition from Republicans in Congress, GOP governors and influential conservatives who oppose safety measures like mask-wearing and social distancing, which would translate into resistance to his interventions among their supporters.

Still, the broad outlines of Biden’s coronavirus plan match what the public health and scientific community has been preaching since the outbreak began: masks; social distancing; widespread, easier access to tests; improved contact tracing; and clear, consistent leadership and communication from federal authorities.

If Biden wins the presidential election next week, two and a half months will pass before his inauguration, and there’s a great deal of uncertainty about how the pandemic will progress in that time. The Trump administration would still be in charge during its lame-duck period and could change strategies in ways that either worsen or improve the situation that the new president would inherit next year.

That’s one reason why Biden would use the period between the election and inauguration to begin filling out his plans and choosing personnel to lead the effort, an outside adviser to the Biden campaign told HuffPost.

“There are some higher-level things that they can clearly do between now and the time he would presumably take office so that they can truly hit the ground running,” Benjamin noted.

Given the Trump administration’s disjointed federal response, a new one would merely have to stick to the basics to achieve better outcomes, Benjamin said. “If they do a competent, traditional emergency preparedness response through the normal leadership function, they will see enormous improvement.”

Everyone deserves accurate information about COVID-19. Support journalism without a paywall — and keep it free for everyone — by becoming a HuffPost member today. 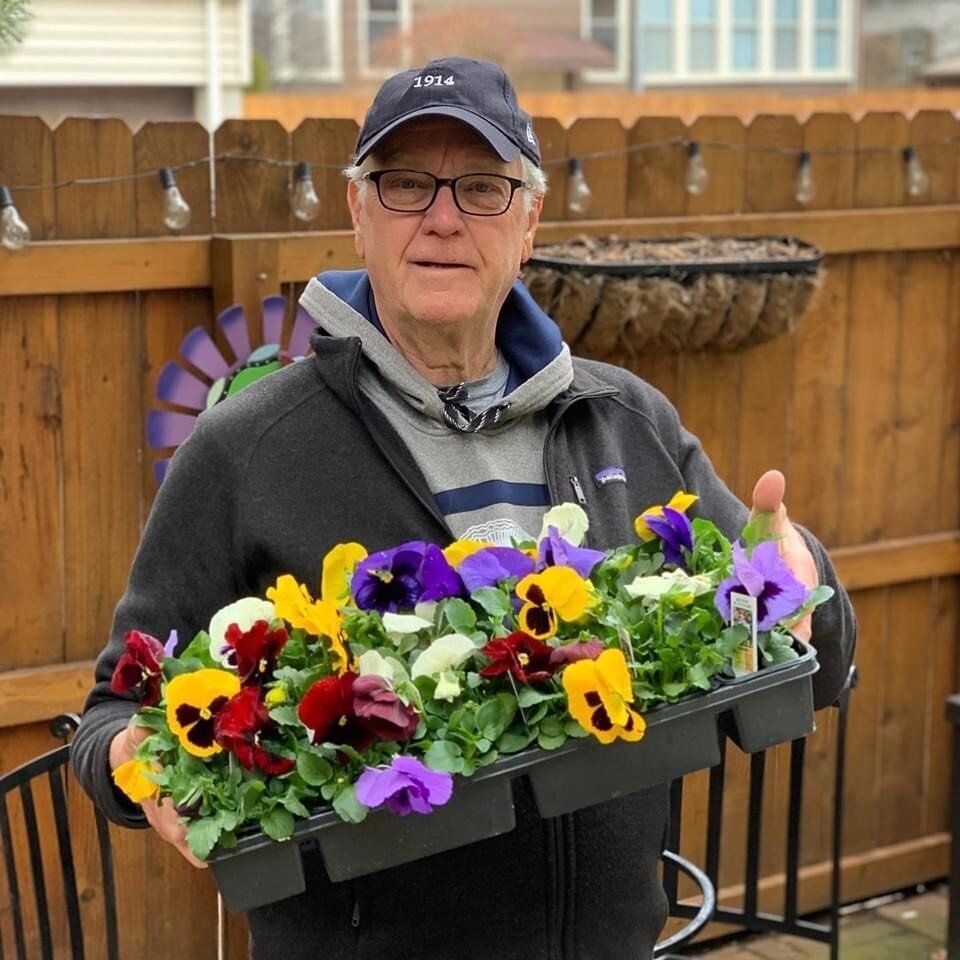 1 / 17
'The three weeks he was in the hospital were agonizing.'
"Our dad and our mom&rsquo;s husband, Paul J. Foley Jr. was an active, healthy 77-year-old who likely caught COVID-19 while doing his civic duty as a judge of elections in Chicago on March 17. This photo was the last one taken of my dad, just days before he got sick. He went into the hospital on March 28 and died on April 17 after three weeks on a ventilator. The three weeks he was in the hospital were agonizing with ups and downs every day. Our only contact was through FaceTime and telephone calls, except at the end when we knew he was dying and our mom and my sister and brother were fortunate enough to be able to see him one last time. <br><br>Our dad greeted everyone with a smile, could talk to anyone, and loved to tease, always looking to kid around with you. He was a risk-taker, willing to ride the highest roller coaster or brave the wildest rapids, and just before he died, he went skydiving at iFLY, something he always wanted to do.<br><br>Since his death, we have not been able to hold a proper memorial service. We have not been able to grieve together as a family. Why? Because we are afraid of COVID. For our family to travel across the country could put us and others at risk. We do not wish this kind of pain upon anyone. We wear masks. We believe the science. We look out for one another. Our dad taught us more patience, less intolerance; empathy and action over indifference; respect not dishonor; humility over arrogance; selflessness not selfishness; and honesty instead of deceit. Sadly, the current administration brazenly does not hold these same values." --<i> Christine from Illinois, who wrote this along with her siblings Kerry, Paul and Jill, and their mother, Judy</i>
Chris Foley-Priester