In 2015, President Obama announced the Million Genomes Project. This year, at his last State of the Union address last week, he is continuing his support of personalized medicine by announcing a new initiative: the cancer moonshot.

"We built a space program almost overnight. And 12 years later, we were walking on the moon. Now, that spirit of discovery is in our DNA," Obama said.

Many people are banking on answers lying in our DNA -- our collective DNA.

Everyone knows at least one victim of cancer, and many of us have lost loved ones to the disease. Cancer, "the Emperor of all Maladies," is a leading cause of death worldwide and is the second biggest killer in the U.S., leading to half a million mortalities a year.

There's hope that the ability to correct faulty genes and the mutations they cause will lead to new cures.

Once whispered about in hushed tones, if discussed at all, society is now placing cancer front and center. Before the invention of therapies such as chemotherapy, first introduced in the 1940s and 50s, there was little doctors could do except watch their patients die. As a result, cancer went undiagnosed and untreated, a true death sentence.

Today, prognoses are improving, especially with early diagnosis and genetic testing to assess risk. Angelina Jolie opted for a preventative double mastectomy to mitigate her genetic risk of inherited breast cancer and Jimmy Carter has been declared cancer free after therapy with a new immunotherapy drug that helps the body fight its own cancer.

Obama put Vice President Biden "in charge of mission control" of a national, multi-billion-dollar moonshot effort to end "cancer as we know it today." No matter how much money and scientific attention is given to the problem, this is a tall order. Cancer comes in many shades, which is what makes it so insidious. On top of that, human genetic diversity means patients respond differently to different therapies.

One of the biggest breakthroughs of genomic analysis of cancers is recognition of the existence of large numbers of distinct subtypes, which require different treatments and have different survival rates. For example, genetic profiling has shown that lung cancer is actually at least half a dozen different kinds of cancers. Cancer can strike all over the body and be the result of different genetic lesions, involving a long and growing list of genes, many of which, like p53, usually play essential roles in healthy cells.

Genetic profiling has shown that lung cancer is actually at least half a dozen different kinds of cancers.

Biden took advantage of the 2016 annual meeting of the World Economic Forum in Davos, Switzerland this week to elaborate plans for the cancer moonshot by assembling a panel of distinguished scientists and leaders of the big data community. He opened the discussions by promising to return to Davos in 2017. He said the cancer moonshot will be a major part of his life's work beyond his tenure in office and encouraged patients to sign up for clinical trials and to tell the world "your story."

It is obvious how very personal this mission is for the vice president. Biden repeatedly mentioned his son, Beau -- a father, husband and former state attorney general of Delaware -- who died recently of brain cancer at the age of 46.

Jennifer Doudna, a pioneer of gene-editing technologies, signaled hope that the ability to correct faulty genes and the mutations they cause will lead to new cures. Other promising avenues include the development of vaccines, genetic circuits that modify the physiology of cells and nanotechnology delivery units that directly kill tumors without damaging the rest of the body.

Biden suggested everyone go home and ask their loved ones what they think of when they think of a cure for cancer. He suggested no one would think of data and standards, and he is right.

Informatics infrastructure, including using artificial intelligence that enables smart data mining, is crucial. Despite this, medicine has fallen way behind the computer science revolution.

Biden called for more open sharing of data and the elimination of data silos. He acknowledged public concerns over privacy and the need to devise solutions to protect against privacy breaches. Intriguingly, the panel noted that while data can be stripped of patient information, anonymizing it for research purposes, it is now possible to reconstruct faces from genomic data.

We have much to learn about the normal workings of cells and their progression to cancer. Recently, the medical community was surprised to find an immune-compromised man with HIV had contracted cancer from a tapeworm infection.

More recently, a study of elephants pinpointed why this long-lived species rarely gets cancer. Humans have one copy of the oncogene p53 but the elephant has 20, making the elephant genome super-charged to repair errors. Elephant cells die in response to damage by radiation. In contrast, human cells with a faulty copy of the p53 gene don't die; they go on to become cancerous.

Biden called for more open sharing of data and the elimination of data silos.

The health system also needs to change to make new approaches accessible and affordable. For example, despite the benefits of using genomic information in early diagnosis and to inform therapeutic decisions, private insurers and Medicare alike are behind the curve on covering tumor genetic profiling.

Harmonizing existing efforts and pulling together the right players is also critical. For example, the University of Texas MD Anderson Cancer Center launched a "moonshots" cancer program in 2012 with $3 billion. Biden's efforts must build on this as well as the work of many others, such as the International Cancer Genome Consortium.

In 1961, when President John F. Kennedy gave his historic speech calling for a moon landing, few could imagine watching Neil Armstrong walk on the moon in 1969. At the start of 2016, we stand at the starting block of a new race against time. Hopefully scientists, patients, doctors and big data experts will collaborate to find ways to make the quantum leaps forward that Biden called for. The frontier to conquer this time is not space but the depths of our own genomes. 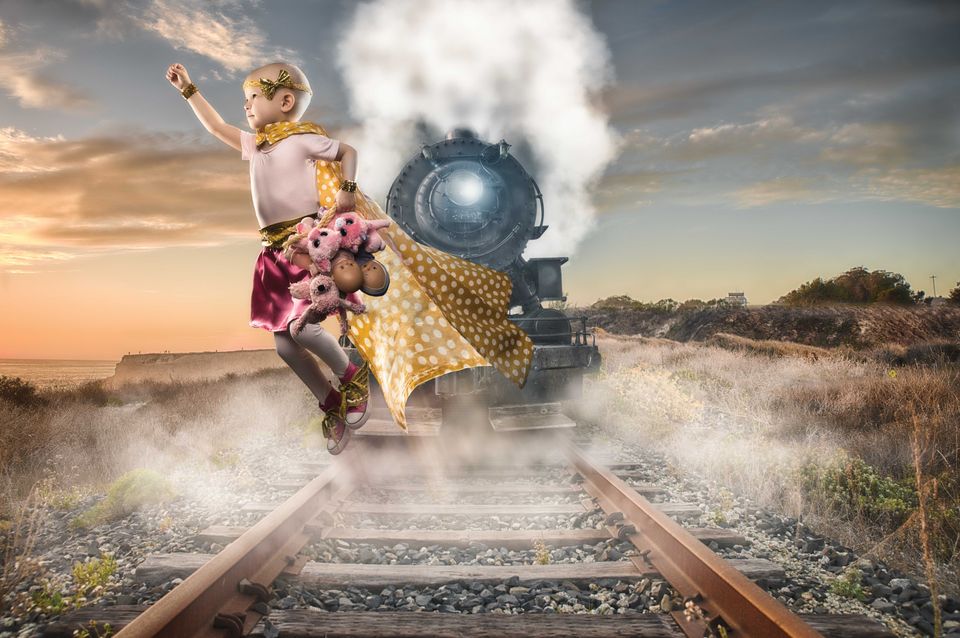