Shakira and her beau Gerard Piqué are rumored to have chosen the name, of Catalán origin, for their first-born, according to El Nuevo Día.

Earlier this month, the 35 year-old Colombian singer revealed the gender of her baby on German RTL Television, an announcement followed by some speculation that the boy might be named Ulises. The Puerto-Rican daily adds that the name Biel, a diminutive form of Gabriel, was chosen by the Spanish footballer.

When the couple first announced their pregnancy through the singer’s blog in mid-September, Shakira informed her fans she would postpone several promotional activities in the following days, including cancelling her appearance at the iHeartRadio Music Festival in Las Vegas, to give “priority to this unique moment in our lives.”

The Barranquillera shared that moment with her fans on Saturday night when she took the stage, for the first time in weeks, at the FIFA U-17 Women’s World Cup closing ceremony in Baku, Azerbaijan.

“In a few minutes it will be our baby’s first time on a stage and it’s going to be at a soccer event! Magical. Shak,” the singer tweeted before the event in Azerbaijan’s capital.

But one night wasn’t enough. The singer also performed at Baku’s Crystal Hall on Sunday night, wearing an all black ensemble: leather pants, a loose glittered top, and knee-high boots. 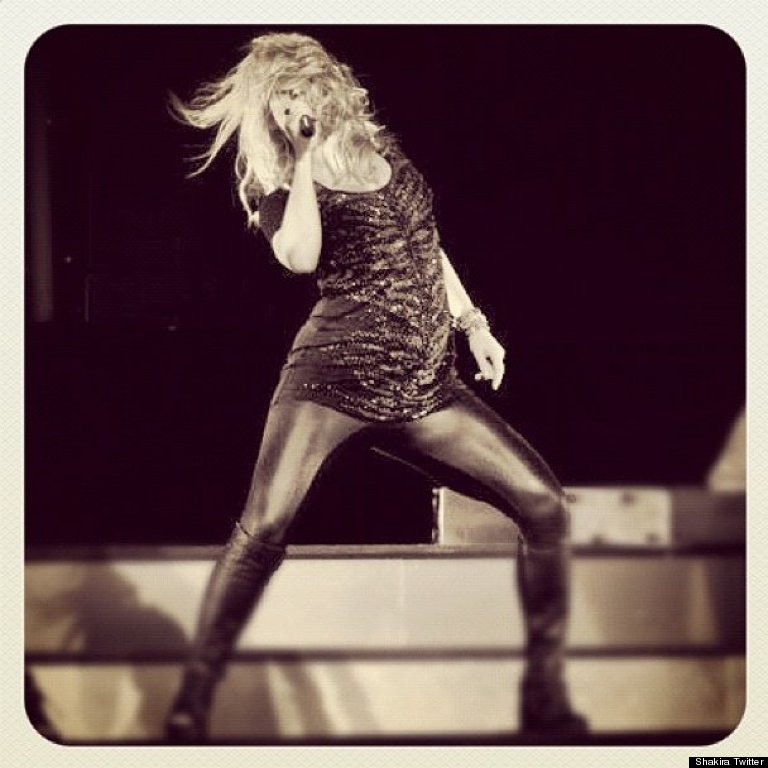 Shakira’s hips don’t lie, and this past weekend was no exception. Sporting her new “one pack,” as she described her baby bump last week, the Colombian singer still managed to wow fans with her slightly restricted dancing. Some, like ‘Jhorgeto’ even commenting on her tweeted pic: ¡Impresionante cómo bailas con esa barriga! (Impressive how you dance with that belly!)

The two performances at Baku came after Amnesty International and Sing for Democracy sent a letter to the Colombian superstar and Rihanna, urging both of them to “bear in mind the human rights abuses” before performing in the European country.

“Stadiums may cheer for internationally renowned recording artists like Rihanna and Shakira, but citizens within the European country do not enjoy such freedom of expression and are often persecuted when attempting to speak out,” stated an Amnesty International press release. 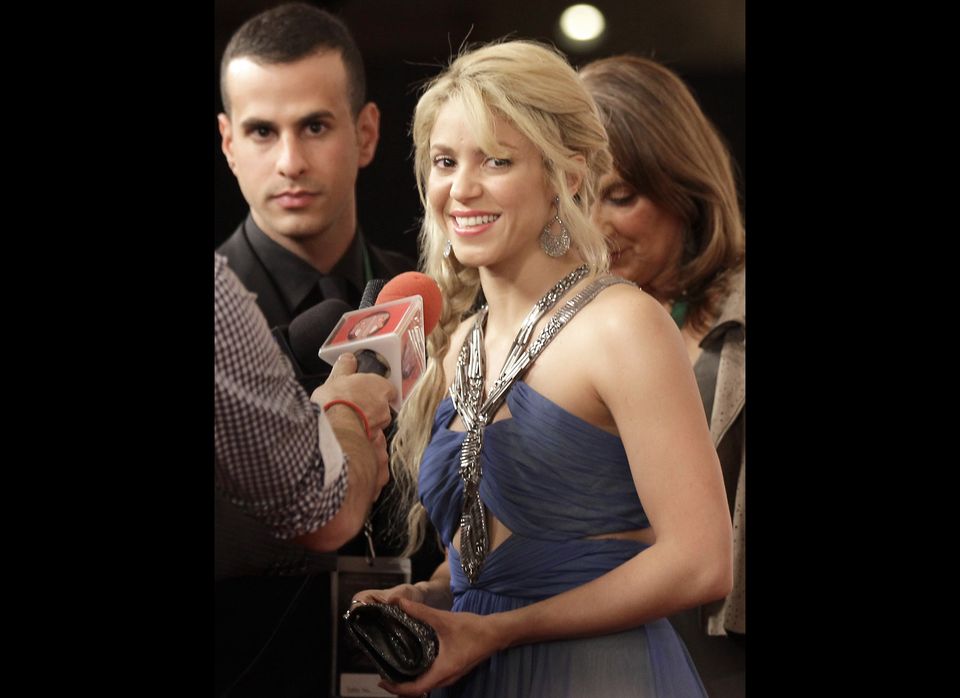 1 / 16
Shakira
What can we say about the most famous <em>Colombiana </em>in the world? Shakira, who was born and raised in <em>Baranquilla</em>, wears her Colombian pride on her sleeve. Aside from representing Colombia all over the world with her immense talent, Shaki has also given back to her native country. In 1995, she founded the <em>Pies Descalzos Foundation</em>, a Colombian charity that provides education and meals for 4000 children.
AP