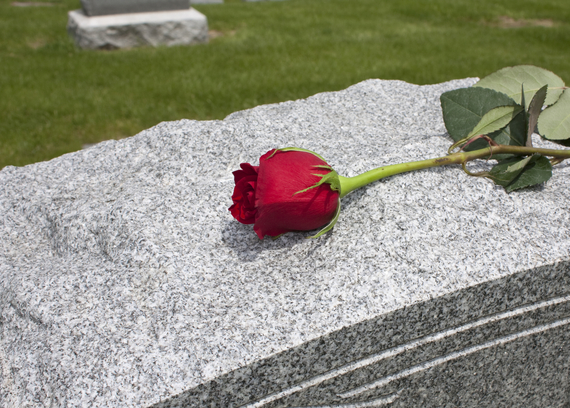 On September 14th, I was horrified to read the following headline on PinkNews: "Bisexual woman and her mum 'stabbed to death and burnt' in suspected hate crime attack." The report was both gruesome and tragic. On August 29, 27-year-old Danielle Smith and her 61-year-old mother Terri Jackson were found stabbed to death in the remains of their home, which had been burnt to the ground.

All the evidence points to their neighbor, 54-year-old Steven Ray Endsley, who, over a period of nine months, had repeatedly harassed the victims about Ms. Smith's sexual orientation and even threatened to burn down their home. Yet despite the fact that Ms. Smith, whose friends informed the authorities identified as bisexual, had reported the harassment, the police informed her they were unable to take action until "something physical happened."

Tragically, when "something physical" did happen, it cost both Ms. Smith and her mother their lives.

When I performed an Internet search to find more information about the case, I wasn't surprised to find that various media outlets reported differently on Ms. Smith's sexual orientation:

The truth is, we may never know whether Ms. Smith identified as bisexual or lesbian -- and even if we do, it doesn't change the fact that she and her mother were the victims of a terrible crime.

However, the discrepancies in the various publications raise the issue I see far too often: when someone is identified as bisexual in news reports, there are often just as many other reports that either say the person is gay or lesbian -- or omit any mention of his, her, or their sexual orientation entirely.

Pending the findings of the police investigation, there are a number of facts that indicate this was a hate crime motivated by sexual orientation bias. As a bisexual advocate, I've recently been involved in a number of discussions about reporting hate crimes against bisexuals.

There's a growing body of research that shows bisexual individuals are more likely to experience violence than either gay men or lesbian women. A 2013 report by the Centers for Disease Control and Prevention found that nearly half of all bisexual women and 37.3 percent of bisexual men had experienced at least one form of severe physical violence at the hands of an intimate partner in their lifetime, compared to one in three lesbian women and 26 percent of gay men. Additionally, according to a 2012 study by the University of Minnesota, 47.3 percent of bisexual students experienced one or more instances of sexual assault at some point in their lifetime, compared to 22.7 percent of gay and 44.9 percent of lesbian students.

Why is this? The answer is in no small part bi-erasure. In many places, if you want to report a hate crime based on sexual orientation bias, there's simply no "box to check" for bisexuals. You have to choose between "anti-gay (male);" "anti-lesbian;" and "anti-other sexual orientation."

Experiencing violence and hate caused by intolerance of your sexual orientation is devastating. It's even worse when you don't have the option to fully and accurately communicate the incident to the authorities because there's no distinct category for bisexuals. The longer this generalization and bi-erasure persists, the longer it will take to obtain accurate statistics -- and the longer it will take to develop effective resources to help combat violence and hate crimes against bisexuals.

Nothing can bring the victims of fatal hate crimes back. But the very least we can do for those we lose to violence is to honor their memory with respect. And that means that if we report their sexual orientation, we do so correctly.

A GoFundMe page has been set up to help cover Ms. Smith and Ms. Jackson's funeral costs.