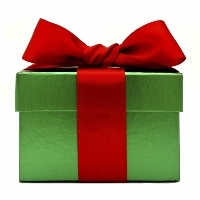 It's a tradition of mine to write a note of gratitude to Big Ag for the many "gifts" they've bestowed upon us all over the past 12 months. Gifts that we didn't really want, need, or--in some cases--didn't even know about. Here's my top 10 for 2014.

BEEF "GREENWASHING" ON A GRAND SCALE

2014 saw a concerted effort by the meat industry to re-brand conventional beef production as "sustainable." In November, the Global Roundtable for Sustainable Beef (GRSB) -- a "who's who" of the global beef industry (plus a few agreeable environmental NGOs)--published a set of principles & criteria to guide the industry towards sustainable beef production. The problem is that leading NGOs contend it is (at best) an aspirational document--and at worst a distraction. As I recently said, while I applaud this effort, "The problem is that they [the GRSB] seem to be trying to define what they're already doing as sustainable. The new principles seem more about marketing than actual change..." Time will tell how serious the GRSB members are.

In August, 500,000 people in Toledo, Ohio, temporarily lost their drinking water supply. Tests attributed microbial toxin contamination in the water system to an explosion of toxic blue-green cyanobacteria algal blooms. The cause? Research reveals that levels of phosphorus washed into the lake have increased dramatically over the last two decades with run-off from fertilizers used for industrial corn and soy production and manure pollution from concentrated animal feeding operations (CAFOs). So who is fighting against regulations to control pollution entering the lake? A coalition of major agricultural and fertilizer industry interests, of course.

In 2014, Consumers Report kicked off the "Kill Natural" campaign to ban industry's most profitable--and yet most misleading--label claims. Their survey revealed that 60% of consumers look for the "natural" label term when food shopping and almost 50% assume it means animals are raised outdoors, or that growth hormones or antibiotics are not used. Yet all of these practices are acceptable under the "Natural" label. As there is no legal definition, the term is pretty much a blank check for food manufacturers to mislead consumers into thinking they are buying something better--when they are not.

SPEEDING UP THE GENETIC TREADMILL...

It's now widely accepted that herbicide-resistant genetically engineered (GE) crops are failing. The overreliance on glyphosate (the active ingredient in Monsanto's RoundUp) has led to herbicide-resistant "superweeds" affecting millions of acres. But while they're a huge problem for farmers, these superweeds represent a business opportunity for Big Ag. In September, the FDA approved Dow AgroSciences' new range of GE crops, designed to resist a combination of glyphosate and 2,-4D--one of the main ingredients in Agent Orange, the toxic defoliant used in the Vietnam War. In December, Dow AgroSciences also launched its Enlist Duo herbicide--a timely blend of glyphosate and 2,4-D. Welcome to Big Ag's highly lucrative "genetic treadmill."

The widespread use of herbicide-resistant GE crops means we're consuming more glyphosate residues in our food than ever before--and scientists are concerned our health could be at risk. In June, researchers detected "extreme levels" of glyphosate in GE soy, as well as "markedly different nutritional composition" differences between organic and GE soy. A German research paper found that "chronically ill humans showed significantly higher glyphosate residues in urine than healthy population," and that "the presence of glyphosate residues in both humans and animals could haul the entire population towards numerous health hazards." An earlier study by Massachusetts Institute of Technology also suggests glyphosate residues in foods may be "linked to a range of health problems and diseases, including Parkinson's, infertility and cancers." Thanks, Big Ag.

The Cornucopia Institute's investigation into the industrial takeover of "organic" label hit headlines in 2014. The Washington Post revealed that agribusiness interests have set up vast, industrial-scale operations to supply retailers like Wal-Mart with "organic" eggs and milk that arguably don't meet basic organic regulations on the provision of grazing or outdoor access. Aerial photographs of these "organic" operations raise real questions about whether they really are "organic," and highlight the threat they pose to real organic farming businesses.

In December, a report commissioned by the UK Government presented a truly frightening future where antibiotic-resistant infections could kill more 300 million people and cost the global economy more than $100 trillion by 2050. The report called for action in all sectors to protect these vital medicines--including industrial farming. A staggering 70-80 percent of antibiotics produced in the U.S. are used on food-producing animals. We use more antibiotics per pound of meat produced than any other nation, squandering these vital medicines to produce ever-greater quantities of cheap animal protein and to maximize profit margins--regardless of cost. So is the industry doing anything to prevent this looming public health disaster? Read on...

In March, the farm antibiotic industry agreed to voluntarily phase out the use of antibiotics as growth promoters, following an agreement with the FDA. Cargill was the first company to make PR fluff off the back of the deal, announcing (just before Thanksgiving) they had removed growth-promoting antibiotics from turkey flocks "because consumers want it and we believe it's the right thing to do for the turkeys in our care." Nothing to do with the fact they're no longer allowed to use antibiotic growth promoters! But don't think this will do anything to prevent antibiotic-resistant bacteria. Despite the positive hype, the small print reveals Cargill will still use antibiotics for disease prevention. In other words, the door remains open for the abuse of antibiotics under a different name. As Dr. Raymond Tarpley recently pointed out, "if low-dose concentrations of antibiotics continue to be allowed for preventative use (even by prescription), they provide a 'back door' through which growth promotion effects can still be exploited under another name."

ANTIBIOTIC-FREE: THE BIGGEST CON OF ALL

2014 saw the "antibiotic-free" brand finally come of age. In February, Chick-fil-A announced plans to serve only chicken raised without antibiotics. In December, a coalition of the nation's largest school districts said it would serve antibiotic-free chicken to promote student wellness. Unfortunately, the "antibiotic-free" label is nothing but a misleading marketing ploy. Yet even prominent NGOs and "foodie writers" are falling for it. "Antibiotic-free" meat, eggs and dairy products come from the same intensive confinement livestock systems--just with a nicer sounding label. Think you're buying healthier chicken? A Consumer Reports survey of raw supermarket chicken found no significant difference in the average number of types of bacteria between conventional samples and those labeled "no antibiotics" or "organic." Care about animal welfare or the environment? "Antibiotic-free" chickens and pigs are still confined indoors by the thousands and suffer the same welfare issues as any industrial operation. They're fed the same chemical-reliant GE commodity soy and corn feed. And you'll find the same toxic, polluting, greenhouse-gas emitting manure lagoons.

Buying "antibiotic-free" labeled products from the agricultural behemoths that control our food supply won't fix a farming system that's fundamentally broken: We need systemic change. We need to end routine antibiotic abuse in industrial farming. Anyone can see that a farming systems where animals require routine antibiotics to stay disease free (not even healthy) is absurd and unsustainable. But banning all antibiotics in farming is not the answer, either. At the best-managed farms animals can still get sick or injured and a targeted antibiotic treatment may be needed to prevent pain and suffering--but only when absolutely necessary.

We know there are farms producing healthy food in ways that don't cause environmental damage or involve worker and animal abuse. We know that if we can scale up production this food can be produced at a similar price --particularly when we take account of the costs of industrial farming to our health and the environment. So let's make 2015 the year when we really change how America farms and feeds itself--and change it for the better.