A new experiment that smashes gold nuclei at near light speed could mimic the particle soup created an instant after the Big Bang.

The experiment, which will be carried out at the U.S. Department of Energy's Brookhaven National Laboratory in New York, has just begun pumping liquid helium into 1,740 superconducting magnets to chill them to near absolute zero (minus 273 degrees Celsius, or minus 459 degrees Fahrenheit). At that point, the magnets can run indefinitely without losing any energy.

The team will then steer beams of gold ions — gold atoms stripped of their electrons and positively charged — into each other at nearly the speed of light, creating scorching temperatures of 7.2 trillion degrees Fahrenheit (4 trillion degrees Celsius). That's 250,000 times hotter than the sun's fiery core. 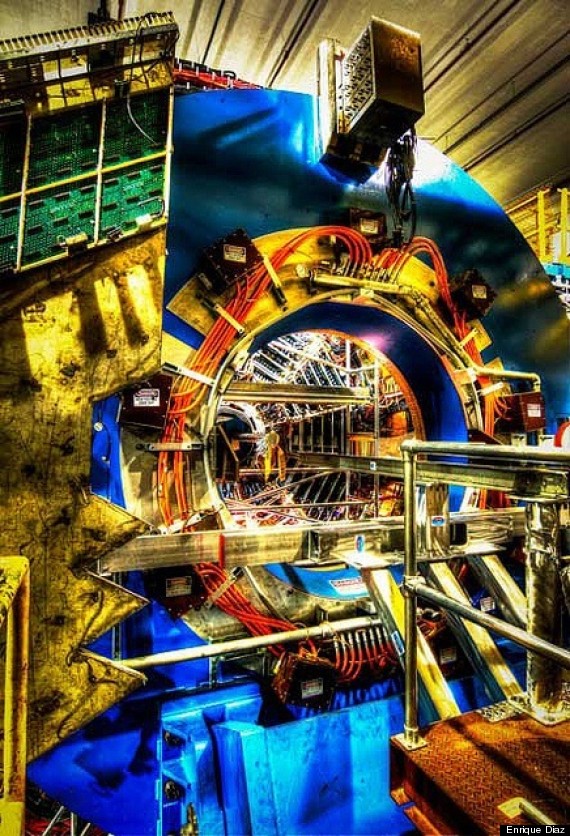 These blazing-hot conditions "melt" the gold atoms' protons and neutrons, creating plasma of their constituent quarks and gluons, the massless glue that holds quarks together, that mimic the primordial soup of particles found just after the Big Bang. By studying the plasma, the team hopes to help explain how the early universe evolved from that state to what it is today. [Images: Peering Back to the Big Bang & Early Universe]

The experiments will run inside the 2.4-mile-long (3.9 kilometers) underground atom smasher, called the Relativistic Heavy Ion Collider (RHIC), for 15 weeks at 100 billion electron volts (GeV) per colliding proton or neutron. (The protons and neutrons inside the gold nuclei collide into one another inside RHIC.)

Though scientists have been running similar experiments since 2000, the 3.5-month experiment will eclipse all of those efforts, creating the same number of collisions as all prior experiments combined, the researchers said.

"In terms of physics, this run will be as good as all the previous runs combined," Wolfram Fischer, associate chairman for accelerators in Brookhaven's Collider-Accelerator Department, said in a statement.

Part of the reason for this improved performance is a much higher rate of collisions, which occurs because the beams of gold ions are cooler and more tightly focused than in past efforts. In one focusing technique, sensors measure the random movements of tiny subatomic particles and then use electric fields to nudge those atoms back in line. The new experiment finally uses this technique, called stochastic cooling, to focus the beams in three dimensions.

The tiny spots where the beams collide have also shrunk, thanks to superconducting radio-frequency (RF) cavities. These cavities create electric fields that accelerate ions to higher energies without spreading out, and the superconducting material allows them to use a bigger voltage, thereby creating stronger fields.

The experiment also uses upgraded silicon detectors, similar to the sensors found in a digital camera, which can better detect rare particles, such as exotic heavy quarks known as "charm" and "beauty." Though these particles are short-lived, traveling just a hair's width before decaying, the new sensors should be able to detect them before they vanish by measuring the particles they turn into.

The "silicon sensors have unprecedented thinness — a mere 50 microns, about half the thickness of a human hair," Brookhaven physicist Jamie Dunlop said in a statement. "Their thinness and high resolution will allow studies of how particles made of heavy quarks flow from RHIC's quark-gluon plasma."

Editor's Note: This article was corrected to indicate that Brookhaven National Laboratory is located in New York, not Illinois.