Chuck Lorre and the cast and crew of "The Big Bang Theory" paid touching tribute to Leonard Nimoy at the end of Thursday's episode. The show closed with a photo of the late "Star Trek" star accompanied by the caption: "The impact you had on our show and on our lives is everlasting." 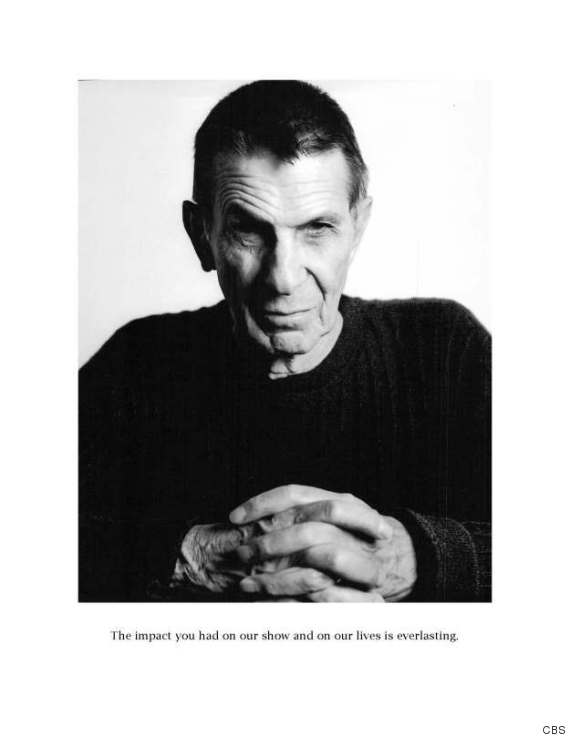 Nimoy never appeared on "The Big Bang Theory," but he did provide his signature voice to an episode, bringing life to a Mr. Spock action figure owned by Sheldon (played by Jim Parsons).

Nimoy died on Friday at the age of 83.