Besieged citizens from the central Appalachian coalfields faced down Acting West Virginia Gov. Earl Ray Tomblin and a large crowd of Big Coal lobbyists and inflamed coal miners at a rally inside the state capitol with their own solemn march on the mounting health care crisis from mountaintop removal mining.

While the Friends of Coal-sponsored "call to arms" rally filled the state's rotunda with the fervor of an old-time revival of denial, the dauntless coalfields residents paraded with signs that reframed the governor's discussion on the EPA's recent decision to veto the Spruce Mine permit as a reminder of still unrecognized health care impacts from the reckless strip-mining technique.

"This issue is not about coal," said coal miner's son and long-time coalfields justice activist Bo Webb. "It's about the denial that a certain type of mining--mountaintop removing mining, which only provides 8 percent of our national coal production--is recklessly taking lives and our health across the coalfields of central Appalachia."

While the governor stressed the issue of strip-mining jobs at stake, residents also pointed to the reality that more jobs have been lost and economic devastation has taken place due to the increasing mechanization of mountaintop removal and strip-mining operations and the stranglehold of such operations in blocking out any economic development or diversification in the coalfields region. 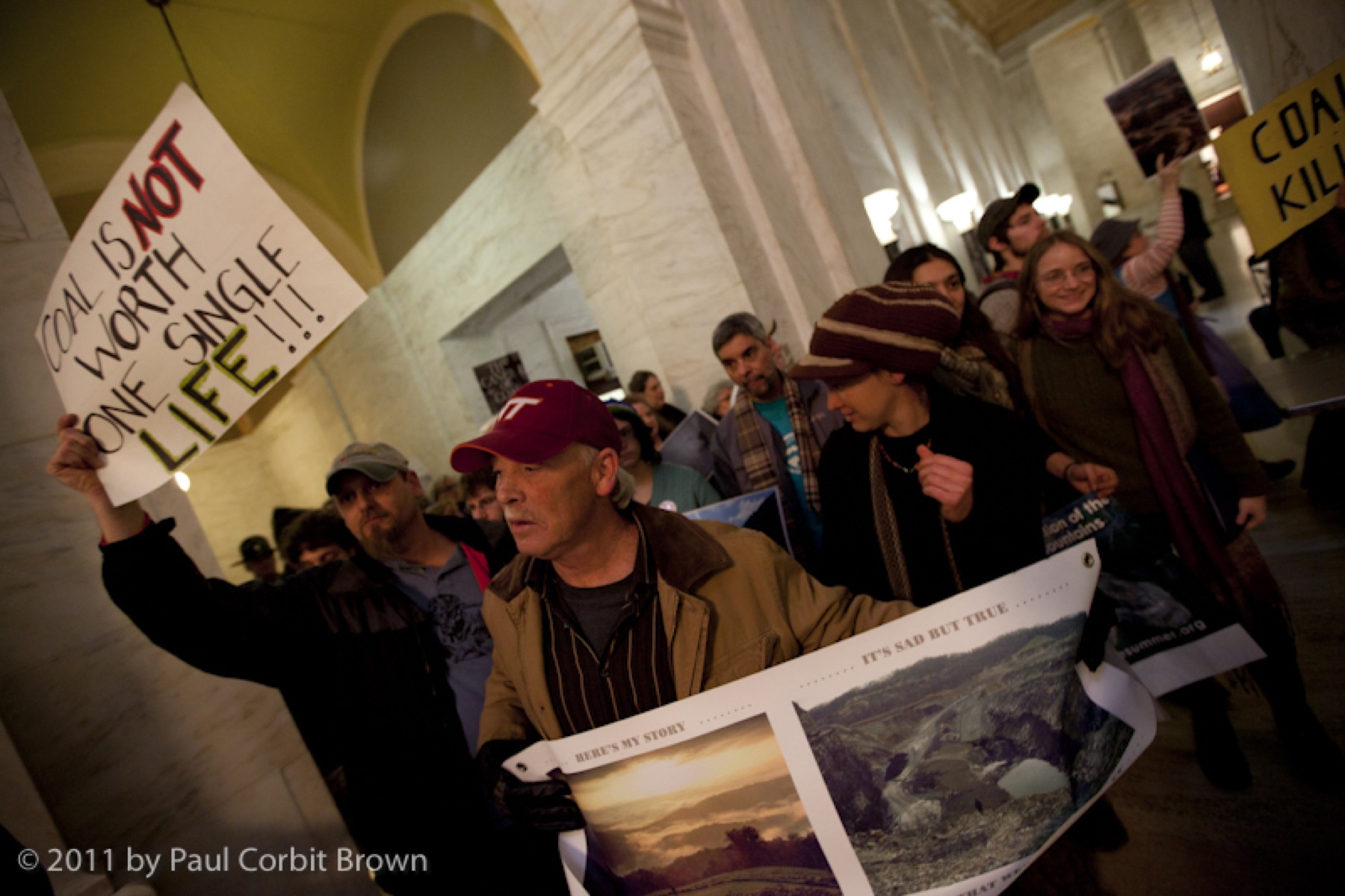 Using millions of pounds of ammonium nitrate/fuel oil explosives near residential areas and critical watersheds and waterways, mountaintop removal mining is the process of literally blowing off the tops of ranges and dumping toxic coal waste in the valleys.

Toting plastic bottles of toxic coal sludge and slurry from their wells and faucets, carrying signs that listed the health care impacts of mountaintop removal mining in their historic communities, the coalfield residents called on participants to recognize the mounting costs of reckless mining on the region's affected citizens. The residents also passed out a list of studies and reports on the health and environmental impacts of mountaintop removal. 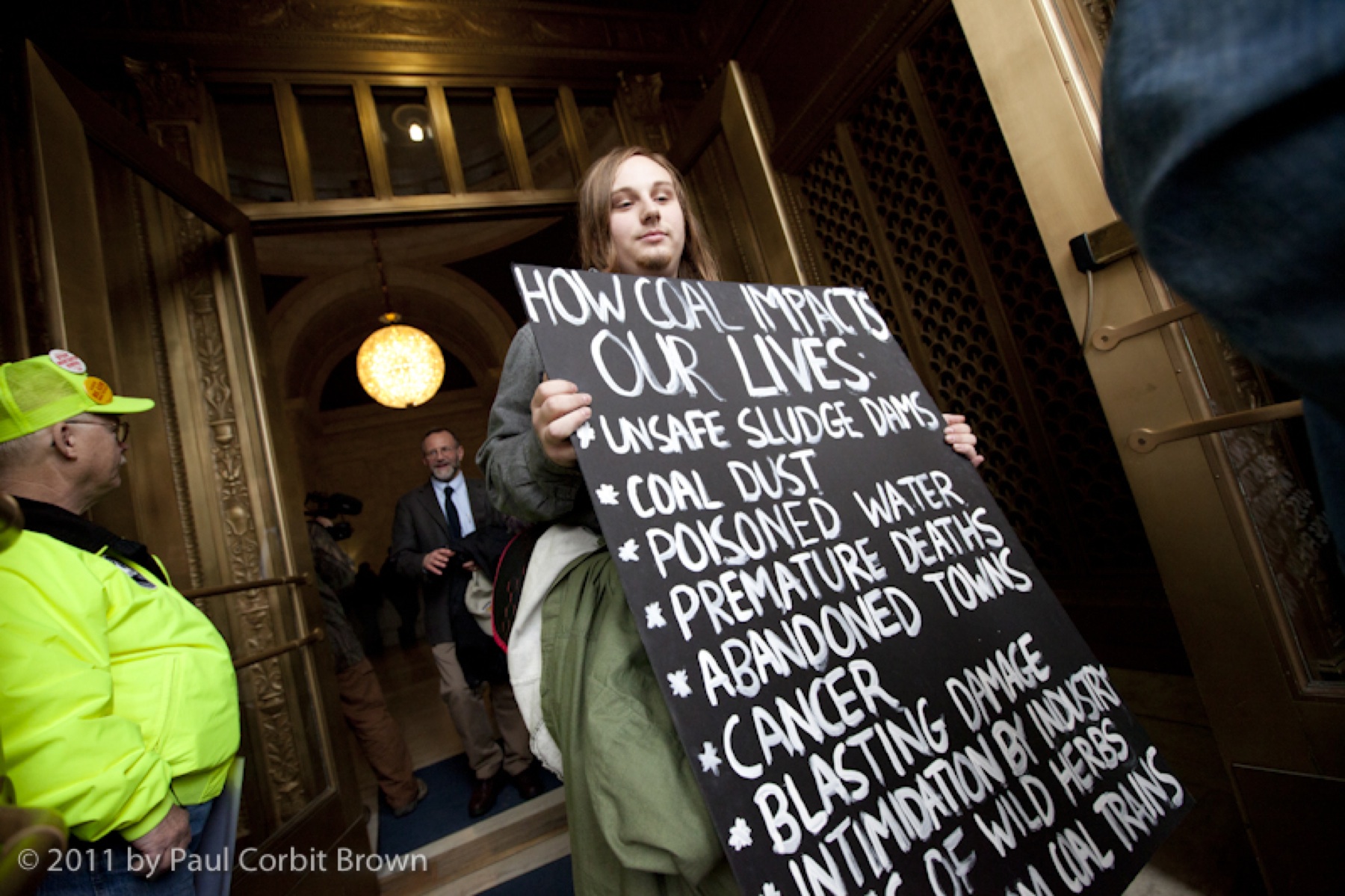 Dirty coal has created a stunning denial in every generation. As older coal miners reminded me today, this same West Virginia capitol rotunda once filled in the 1960s with same type of politicians and Big Coal lobbyists that denied that black lung disease was harmful. Despite being diagnosed in 1831, and resulting in hundreds of thousands of deaths, some coal industry officials even claimed that the inhalation of coal dust cured tuberculosis. Still today, three coal miners die daily in a never-ending black lung disease crisis.

"That same denial was on performance today," said Webb. "Once again, we have a governor that is retreating to the dark side of West Virginia's coal industry and refusing to acknowledge the true and documented impacts on the health of coal mining families and communities exposed to the fallout of mountaintop removal."

In the memory of labor leader Mother Jones, who lead the families of coal miners on a similar march to the same capitol in the 1923, Goldman Award-winning activist Maria Gunnoe added: "Just as Mother Jones said no child should be sacrificed at the altar of profit for outside coal companies, we need the governor and all Americans to recognize the health care crisis in our communities." 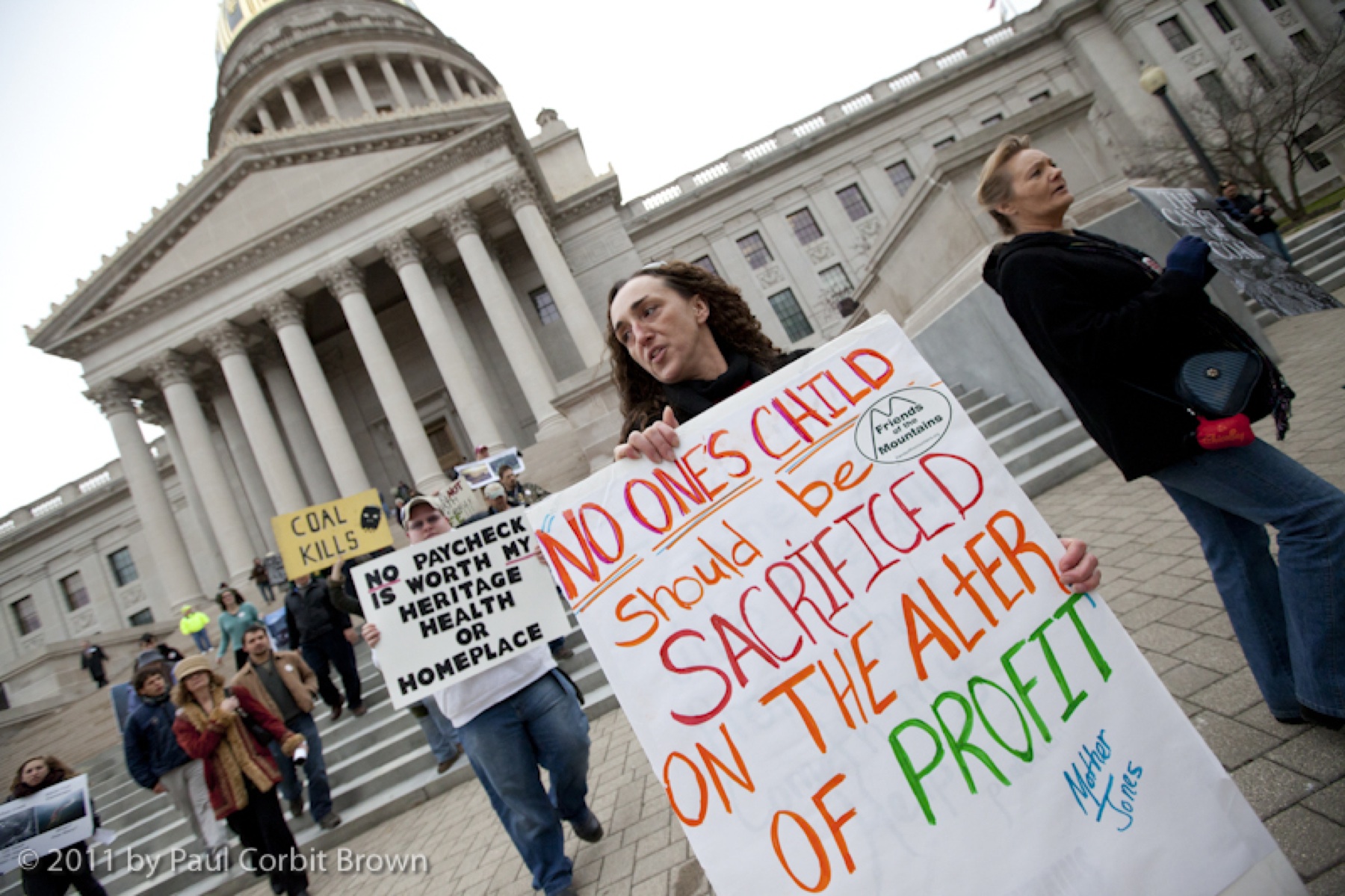 As long as the Big Coal-bankrolled politicians remain in denial about the true costs of mountaintop removal mining--including the health and human impacts on their own residents--Vivian Stockman, from the Ohio Valley Environmental Coalition, promised that coalfields residents could continue to stand up to the governor and his lobbyists and bring the egregious crime of mountaintop removal to a national audience.

"The industry of coal must also respect the land that yields the coal, as well as the people who live on the land. If the process of mining destroys nearby wells and foundations, if blasting and digging and relocating streams unearths harmful elements and releases them into the environment causing illness and death, that process should be halted and the resulting hazards to the community abated."

Tonight at the Sundance film festival, in fact, audiences from around the world will view The Last Mountain, a new film documentary on mountaintop removal. Here's the trailer: